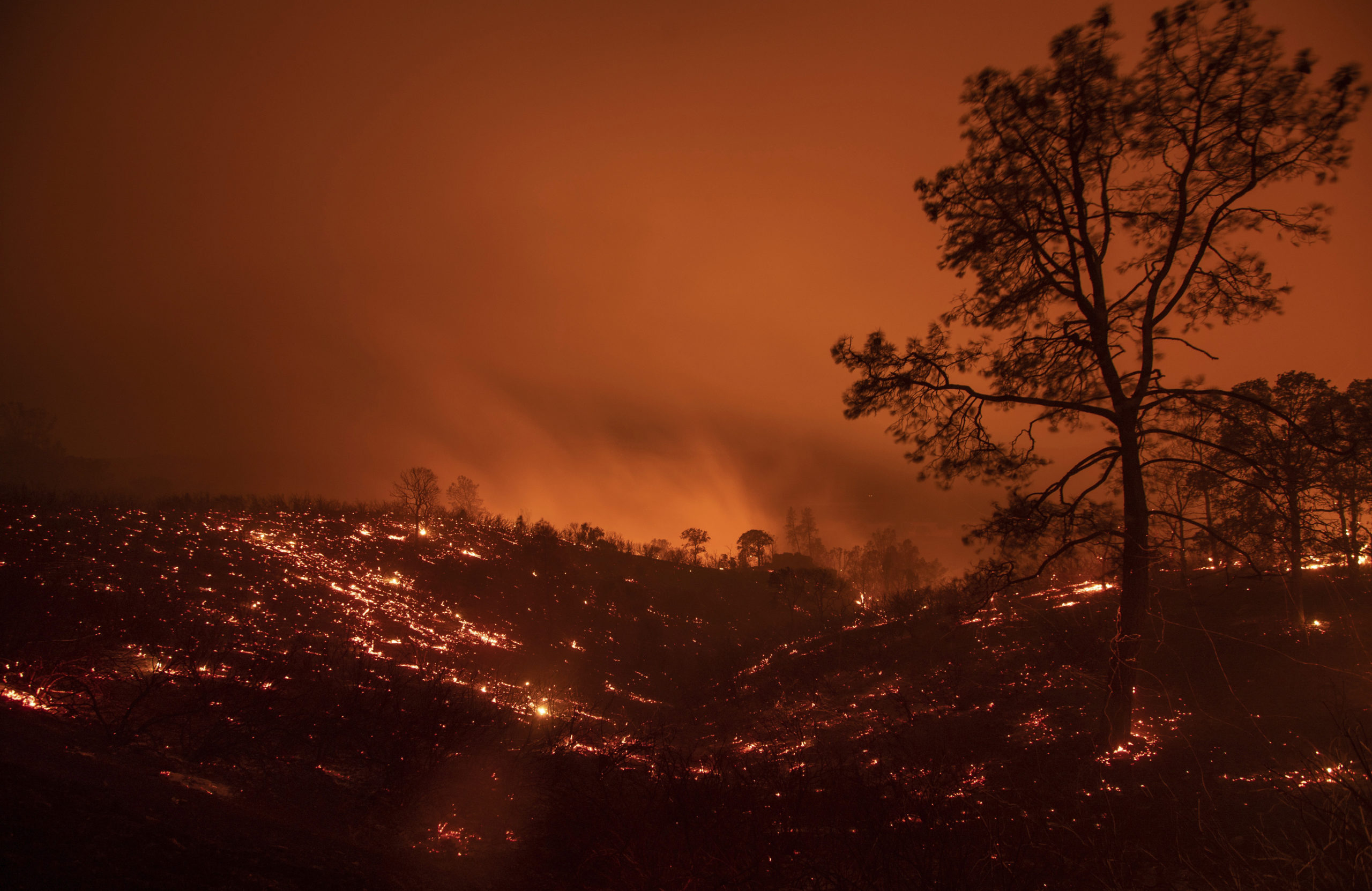 WASHINGTON — President Donald Trump is claiming that California’s water policy is shortchanging firefighters of water to battle the state’s raging wildfires. That’s not so, according to wildfire and water experts.
TRUMP: “California wildfires are being magnified & made so much worse by the bad environmental laws which aren’t allowing massive amount of readily available water to be properly utilized. It is being diverted into the Pacific Ocean. Must also tree clear to stop fire spreading!” — tweet Sunday.
THE FACTS: That’s not what state experts say.


Emily Carlin, spokeswoman for Rep. Jeff Denham, a California Republican and almond farmer who is one of the most vocal in the calls for more water for farms, said Monday she didn’t know of her boss raising any argument about scanty water for firefighting.
“We have plenty of water” for battling the massive blazes burning in hills north of San Francisco, said Scott McLean, a spokesman for the California Department of Forestry and Fire Protection. The current spate of wildfires happens to be within range of large Northern California lakes and the state’s biggest river, McLean said.
Nor is having enough water a problem in battling California wildfires in general. Firefighting aircraft can dip in and out of cattle ponds or other small bodies of water to scoop up water for dropping and spraying on flames. When fires burn in an area that happens to be without ponds, lakes or rivers, state officials typically call in more planes to ferry in water, McLean said.
California’s battles over divvying up water in the arid state are unending, but a battle between firefighters and the Pacific Ocean hasn’t been one of them, according to Jay Lund, a civil and environmental engineering professor at the University of California, Davis, and a longtime analyst of the state’s water wars.
Trump’s claim “is so physically impossible, you don’t even really want to respond,” Lund said.
For one thing, the wildfires are in the hills, far from the Pacific Ocean and from the man-made storage and distribution system that carries water from California’s wetter north to the drier, more populated south. 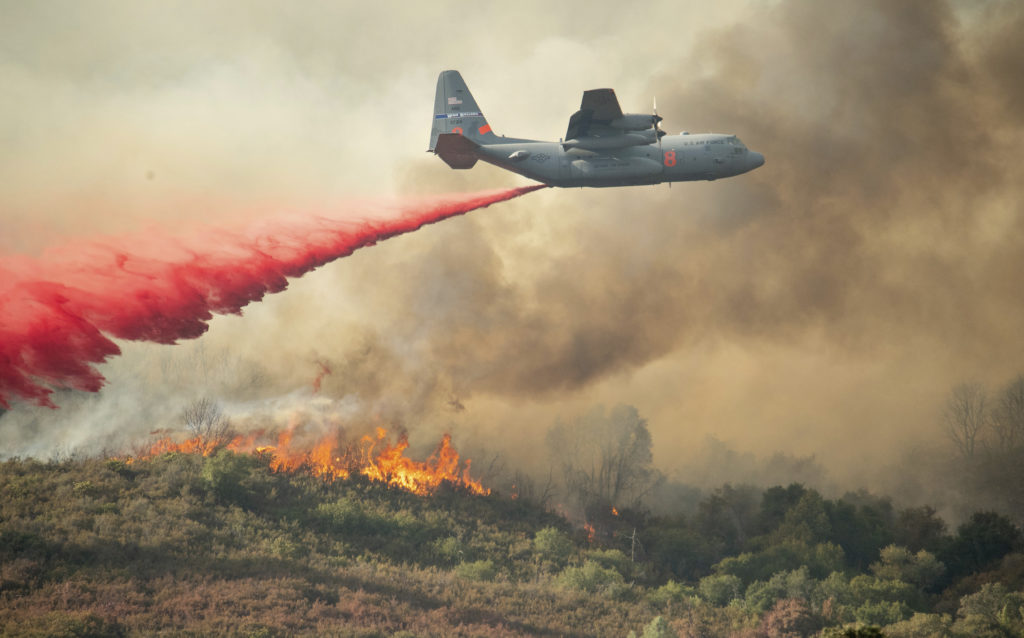 The state’s recently ended five-year drought killed millions of trees, leaving them as brittle fuel for wildfires. As Trump alluded to in his tweet, experts have urged state and federal forestry officials to move quickly in clearing swathes of dead forests because of their added fire danger. The dry, hot weather that climate change brings adds to the dried tinder and risk.
“It might have something to do with forest management and the drought. But it has nothing to do with water policy,” Lund said.
___
TRUMP: “Governor Jerry Brown must allow the Free Flow of the vast amounts of water coming from the North and foolishly being diverted into the Pacific Ocean. Can be used for fires, farming and everything else. Think of California with plenty of Water – Nice! Fast Federal govt. approvals.” — tweet Monday.
THE FACTS: Trump is raising an old dispute in California, the country’s top farm state: the competition for water between agricultural and environmental groups, fishermen and others who want more water for wildlife and habitat. But the dispute has little to do with firefighting.
Republican lawmakers in California’s agriculture-rich Central Valley complain the state and federal governments allow too much of the state’s rainfall and snowmelt to flow naturally through rivers and into the Pacific Ocean, instead of being diverted for irrigation.
Emily Carlin, spokeswoman for Rep. Jeff Denham, a California Republican and almond farmer who is one of the most vocal in the calls for more water for farms, said Monday she didn’t know of her boss raising any argument about scanty water for firefighting.
Denham has spoken out to the Trump administration against what he sees as state efforts to “push more fresh water out to the ocean,” Carlin said.
Related Topics:Californiafact checkfirefightersPresident Donald TrumpRep. Jeff Denhamtweetswaterwildfires
Up Next