Firefighter Brian Hughes, 33, was struck by a tree and killed Sunday while working as part of a crew removing brush and other fuel near the Ferguson Fire’s front lines, national parks officials said.

Originally from Hawaii, Hughes had been with California’s Arrowhead Interagency Hotshots for four years and reached the rank of captain.

“The team at Sequoia and Kings National Parks is devastated by this terrible news,” Parks Superintendent Woody Smeck said in a statement. “Our deepest condolences go out to the firefighter’s family and loved ones. We grieve this loss with you.”

The Arrowhead Hotshots are an elite crew of 20 firefighters based at Sequoia and Kings Canyon National Parks.

“They go into the steepest of the steep, the most rugged of the rugged areas,” Mike Theune, a spokesman with the parks, told the Los Angeles Times.

The Arrowhead team, one of two hotshot crews within the National Park Service, was working on a two-week rotation when the fatality occurred, Theune said.

Hughes is the second firefighter to die while battling the Ferguson Fire west of Yosemite National Park.

Braden Varney was killed when the bulldozer he was operating overturned  At least seven other firefighters have been injured since that blaze broke out July 13.

Some evacuations were lifted but officials said Yosemite Valley, the heart of tourism in the park, will remain closed until 4 p.m. Aug. 3. 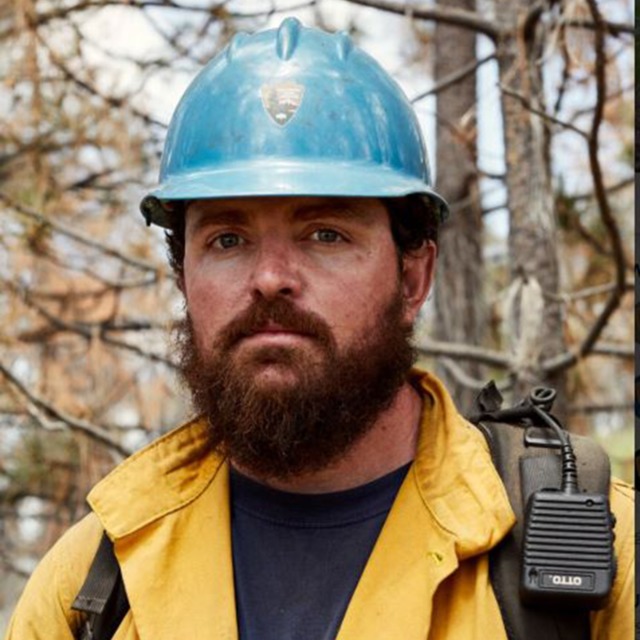 The Ferguson Fire was at 56,659 acres with 30% containment as of Monday morning, fire officials said.

North of the fire, crews successfully burned south from Merced Grove to provide further protection for the park’s iconic stand of giant sequoias. Firefighters will burn off of the road on Pilot Ridge along the Mariposa-Tuolumne county line today, weather permitting, officials said.