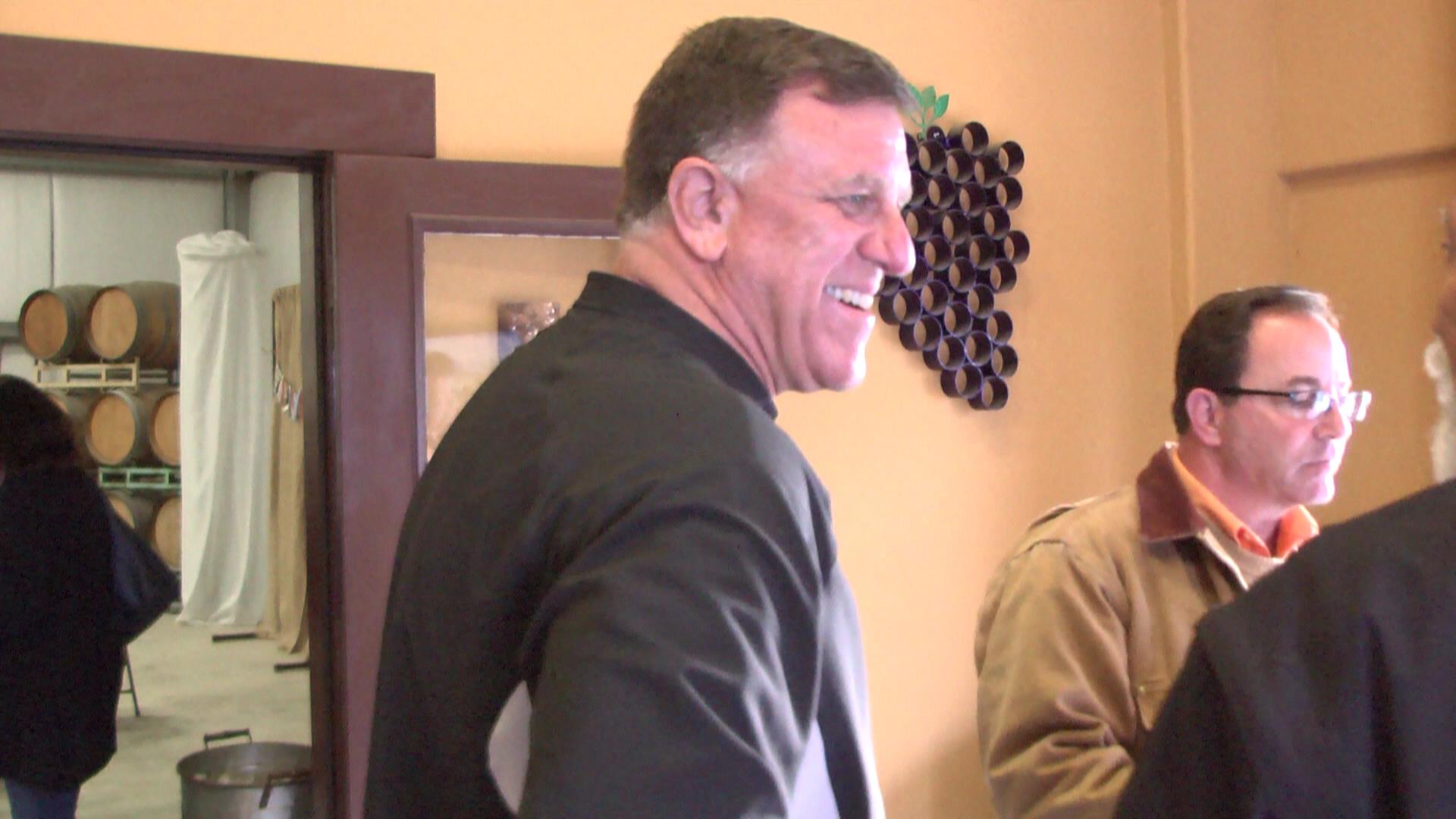 Mark Sutton wants his job back.
An active group of Central Unified School District stakeholders wants the former superintendent back as well.
About 50 parents and other community members met at the LoMac Winery, west of Fresno, to discuss their next steps.
Sutton made a cameo appearance to greet well-wishers. He left before things got started.
The school board fired Sutton in a closed-door meeting Feb. 27 by a 4-3 vote. That did not go over well with many in the district.
The group discussed forming a political action committee aimed at raising funds for a recall of two Central trustees and voting out three more in November.

“The idea here is that we would gladly hear from any potential folks that would like to run for trustee, to come talk to us as a community, to explain what they want and what their vision is for the school,” said parent Jeff Yribarren, who led the meeting.
He said parents are still reeling from Sutton’s dismissal.
“Nobody knows what’s going on. Most everybody is very angry, very mad. The community is very passionate about this. Bewilderment, anger,” Yribarren continued.
Yribarren said that they are in the beginning stages of the recall. The group has served Trustees Phillip Cervantes and Richard Solis with recall notices. Their terms expire in 2020. Yribarren expects signature gathering to begin next week.


“Most everybody is very angry, very mad. The community is very passionate about this. Bewilderment, anger.”—Parent Jeff Yribarren
Three other trustees on the group’s radar, Cesar Granda, Ruben Coronado and Rama Dawar, are up for re-election in November.
Two trustees, Terry Cox and Richard Atkins, support Sutton and are not targets of the grass-roots group.

Georgette Lake is one of many who want the board out and Sutton in.
“We believe Mr. Sutton was dismissed, obviously without cause. We feel that the board has not been forthright with any of their explanations because they’ve given no explanation,” she said.
The trustees say they are restricted from revealing why they fired Sutton because of privacy laws. While no board members were spotted at the meeting, GV Wire did see some district staffers attend.

Roger Orosco is keeping his eye on the situation from Selma. Three years ago, he was in the middle of a similar situation.
Orosco was in the majority when the Selma Unified school board voted to oust Sutton in 2015. Angry voters recalled Orosco and two others later that year.
“I do find it very interesting the way it is happening in Central,” Orosco told GV Wire.
He empathizes with the Central board.
“The (Selma) recall was set basically on lies. It was set on ‘we didn’t tell the public why.’ I understand why they have laws to protect people’s privacy. Is it the board’s fault? No. We are following the law,” Orsoco said.
He also said that he stands by his vote “100 percent.”

The meeting was the first step for the Central Community PAC, which identified its priorities for changing the board’s make-up.
The group plans to meet again Thursday, March 22, at LoMac, 2674 N. Westlawn, Fresno.