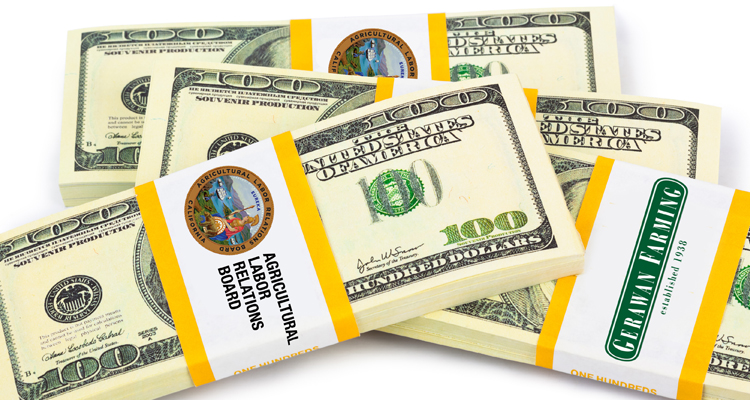 Share with friends
[from GV Wire: The following is a response sent to GV Wire from lawyers representing Gerawan Farming. They say the amount the Agricultural Labor Relations Board (ALRB) spends litigating the Gerawan cases is much higher than figures indicated in public records act requests and reported in our initial story.

Gerawan also points out a math error made in our initial story. The amount that ALRB/Department of Justice is spending on five cases responded to via a public records act request against Gerawan is $281,350]

Based on publicly-available budget reports by the ALRB, this agency has spent more than $10 million trying to suppress the right of Gerawan employees to vote.  That’s over $4,000 for every worker ballot cast in the November 2013 decertification election.

You report attorney time expended to date by the California Attorney General in Gerawan-related litigation were AG lawyers are representing the ALRB in court. The amounts you list total to $281,350.00, not $169,788, as you reported.  It does not include the time spent by the AG defending the ALRB and its senior officers in whistleblower retaliation and discrimination cases filed against this agency by its own employees.  It is an even tinier fraction of tax payer money spent by this agency in Gerawan-related cases over the last five years.

That is “What ALRB is Spending on Gerawan.”