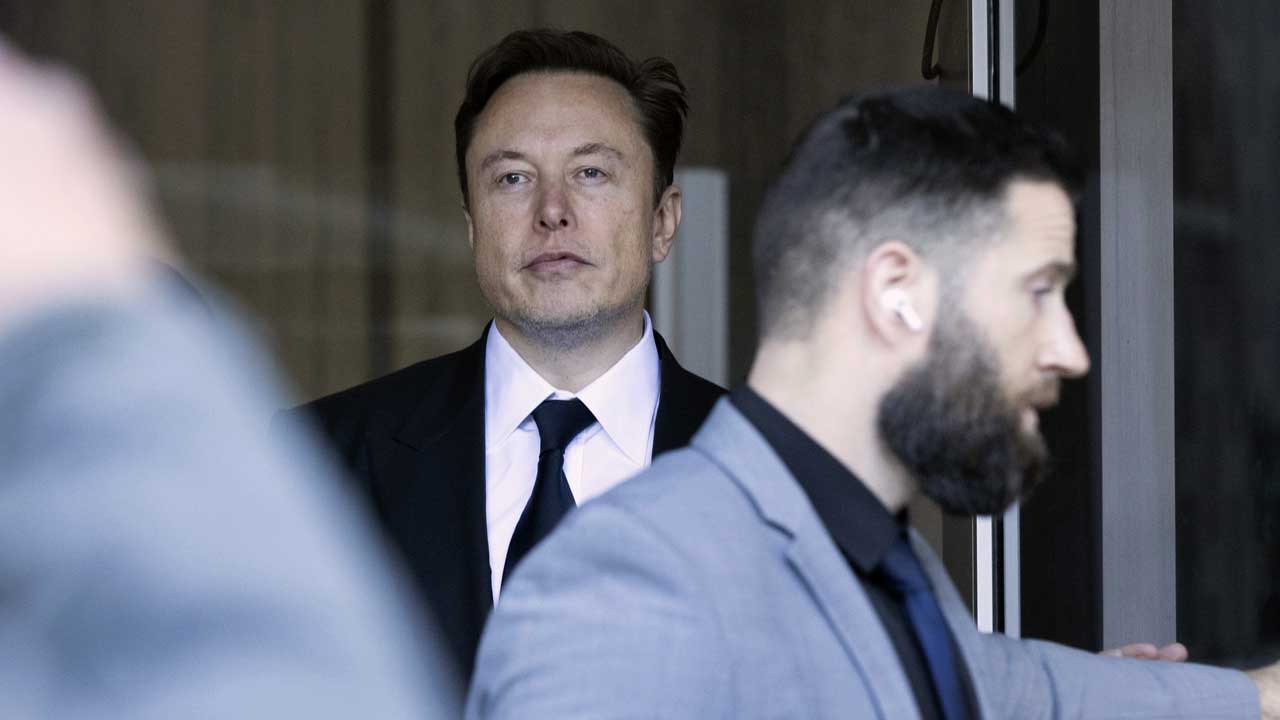 Elon Musk returned to federal court to defend himself against a class-action lawsuit that alleges he misled Tesla shareholders with a tweet about an aborted buyout that the billionaire defiantly insisted Tuesday he could have pulled off, had he wanted.

Musk spent roughly three more hours on the stand during his third day of testimony before being excused by U.S. District Judge Edward Chen. It’s unlikely Musk, 51, will be summoned back to the witness stand during a civil trial expected to be turned over to a nine-person jury in early February.

Musk, who also owns Twitter while continuing to run Tesla, spent much of Tuesday depicting himself, while being questioned by his own attorney, Alex Spiro, as an impeccably trustworthy business leader capable of raising as much money as he needs to pursue his visions. He testily sparred with a shareholder lawyer, Nicholas Porritt, who had raised his ire earlier in the trial.

At two separate junctures Tuesday under Spiro’s gentle prodding, Musk left no doubt about his contempt for Porritt with a remark expressing doubt that the lawyer was looking out for the best interests of Tesla shareholders. The remarks drew a quick rebuke from the judge and were stricken from the record. “It’s inappropriate,” Chen at one point admonished Musk.

When he was being challenged by Porritt, Musk purposefully diverted his gaze from the lawyer and delivered his explanations while looking directly at the jurors sitting a few feet to his right. In another instance, Musk asserted, without elaborating, that a question from Porritt wondering if he had ever caused investors to suffer losses contained “falsehoods.”

On the flip side, Spiro at one point mistakenly addressed Musk as “your honor” while asking the billionaire how much money he had made for investors during his career. The slipup elicited a moment of levity in the San Francisco courtroom filled with media and other spectators in attendance to listen to Musk, who has become even more famous since completing his $44 billion purchase of Twitter in October.

The current trial hinges on whether a pair of tweets Musk posted on Aug. 7, 2018, damaged Tesla shareholders during a 10-day period leading up to his admission that the buyout he had envisioned wasn’t going to happen. The statements resulted in Musk and Tesla to reach the $40 million settlement without acknowledging any wrongdoing.

In the first of the 2018 tweets, Musk stated “funding secured” for what would have been a $72 billion — or $420 per share — buyout of Tesla at a time when the electric automaker was still grappling with production problems and was worth far less than it is now. Musk followed up a few hours later with another tweet suggesting a deal was imminent.

After those tweets, Musk declared Tesla would remain publicly a few weeks later. A month after that, Musk and Tesla reached a $40 million settlement with securities regulators who had alleged the tweets were misleading.

Musk has previously contended he entered into the settlement under duress and maintained he never wavered in his belief that he had the money for a deal.

Musk spent most of Tuesday trying to persuade the jurors that there was nothing devious about the two tweets indicating he had lined up the money to take Tesla private as the electric automaker was struggling with production problems and was worth far less than it is now. The judge has already declared the jurors can consider those two tweets to be false, leaving them to decide whether Musk deliberately deceived investors and whether his statements saddled them with losses.

While being steered by Spiro, Musk told jurors he had stated only that he was “considering” a Tesla buyout but never promised a deal would get done. But, Musk said, he thought it important to get the word out to investors that Tesla might be poised to end its eight-year run as a publicly held company.

“I had no ill motive,” Musk said. “My intent was to do the right thing for all shareholders.”

While being grilled the day before by Porritt, Musk at times was combative, indignant and exasperated. Through it all, Musk has insisted he locked up financial backing for what would have been a $72 billion buyout of Tesla during 2018 meetings with representatives from Saudi Arabia’s Public Investment Fund, although no specific funding amount or price was discussed.

When presented with texts and email indicating that a representative for the Saudi fund had never pledged the money for a full buyout of Tesla, Musk contended it was nothing more than the words of someone trying to backpedal from a previous pledge made in private conversations.

Not long after Porritt resumed his questioning Tuesday, Musk once again scoffed at the notion that his belief that he had the Saudi funding’s financial backing wasn’t enough for him to tweet about a potential Tesla buyout.

“We are talking about the kingdom of Saudi Arabia,” Musk testified. “They can buy Tesla several times over. This was not a large amount of money for them.”

Musk also reiterated earlier testimony that he could finance a Tesla buyout by sharing some of his holdings in SpaceX, a privately held maker of rocket ships that he also started. That would be similar to what he did in the Twitter purchase, which led him to sell about $23 billion of his Tesla stock.

That’s something that Musk said Tuesday that he didn’t want to do, but that it showed he had the wherewithal to pull together purchases for expensive deals. Musk’s ownership of Twitter also has proved unpopular with Tesla shareholders who worry about him being distracted as the automaker faces more competition. Tesla’s stock has lost about one-third of its value since Musk took over Twitter.

Despite that downturn, the stock is still worth about seven times more than at the time of Musk’s 2018 tweets, after adjusting for two splits that have since occurred. That opened the door for Musk to remind jurors Tuesday that any investor who held Tesla shares in August 2018 would have done “extremely well,” had they just held on to the stock.

“It would have been the best investment in the stock market,” Musk said.