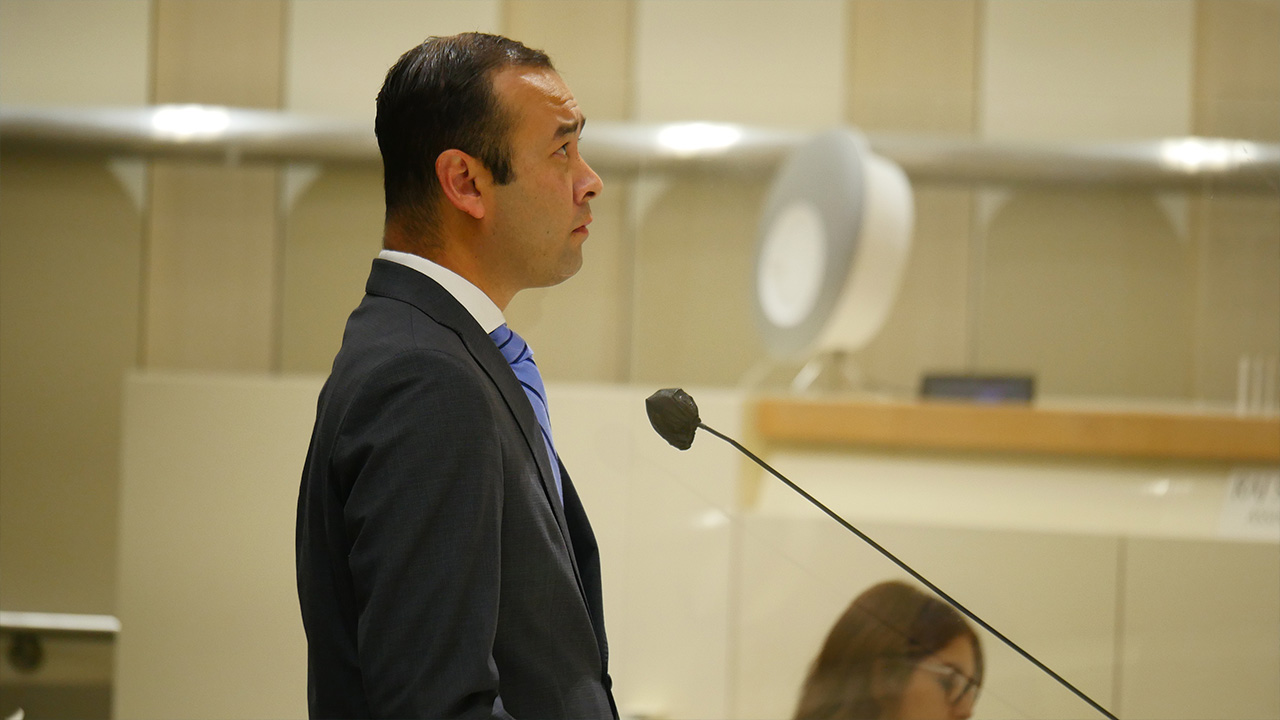 Andrew Janz starts as Fresno City Attorney Monday. He wants more transparency from the city, while shedding his political past.

Now, answering to the City Council, he will represent the city of Fresno in the municipal law arena. Hours after his employment contract was approved, Janz spoke with GV Wire.

Janz, a Democrat, has taken steps to shed his past as a political candidate and operative. In 2018, he ran for Congress against Rep. Devin Nunes; in 2020 he ran for Fresno mayor against Jerry Dyer. Although he lost both times, Janz established himself as a candidate who can raise millions.

After his loss to Nunes, he founded the Voters Protection Project political action committee. That PAC raised and contributed millions on behalf of Democratic candidates running for federal office. His new city contract forbids him from participating in any future PAC. He resigned from his VPP board position Monday.

Janz said he is in the process of shutting down his consulting firm, Frontier Way Strategies.

The City Council approved Janz’s contract unanimously, 7-0. That included Garry Bredefeld, the most conservative member of the council. He expressed some concern about Janz’s political past.

“The proof will be in the pudding. It’s going to be the way that I carry out the function of city attorney. And I think the first demonstration of good faith is for me to resign from the political action committee and turn over all operational control to other stakeholders.

“I think that the second good sign is the fact that I got the most conservative Republican on the City Council to vote in favor of bringing me on a city attorney. So I think that speaks volumes to not only my integrity, but my ability to check politics at the door and try to sit down and do this job right for the people of Fresno,” Janz said.

Janz says he will no longer be involved in political fundraisers, including contributing to candidates or hosting events. Recently, Janz hosted state Attorney General Rob Bonta at his home for a fundraiser.

Who Does Janz Work For?

Janz replaces Douglas Sloan, who left Fresno in June for Santa Monica in a cloud of controversy. Sloan is the alleged victim of an extortion attempt by City Council President Nelson Esparza. The District Attorney’s office is currently prosecuting Esparza, with a trial scheduled to start Dec. 12.

During testimony in the preliminary hearing, Sloan said his client was the city of Fresno. Who does Janz see as his constituency?

“The city is my client, but with the caveat that I ultimately, at the end of the day, report to the City Council,” Janz said.

He said that what constitutes the “majority” of the council can change on any given issue or vote.

“If a majority of the City Council, and that could be a combination of any members of the council, provide me with directive and direction within my ethical and legal framework, I’m going to carry it out,” Janz said.

“I want to make sure that we as an office are open and accessible to the community.” — Andrew Janz

Janz wants the public to have trust in the City Attorney’s Office.

Janz is aware of the problems of secret votes the City Council has taken, as reported by GV Wire. According to a memo from outside counsel, the council took a vote in closed session last June to cover the legal expenses of Esparza’s criminal case.

Such votes are supposed to be made public, but the city council has not done so.

“At the end of the day, I report to the City Council. My job is to give them legal advice. I don’t know if my legal advice is going to be different from whatever advice Doug Sloan was giving them. But I think only time will tell. And I think we’re just going to have to take it one step at a time,” Janz said.

Janz could not comment specifically on the Esparza situation. He is in the unique position of being conflicted out twice. Members of the City Attorney’s Office are both the alleged victim (Sloan), and possible witnesses. And, Janz’s former employer, the District Attorney’s office, is prosecuting the case.

Last March, District Attorney Lisa Smittcamp said that enforcing municipal law is best left to the city attorney. The statement came in a news release where Smittcamp cleared members of the Fresno City Council from a Brown Act violation, and violations in spending money on COVID personal protective equipment.

“While the District Attorney and the City Attorney are co-equal actors regarding their legal ability to prosecute violations of city ordinances, this does not mean that the two agencies are equal regarding the practical considerations of enforcing a city’s municipal code,” Smittcamp wrote.

Smittcamp also said there is an inherent conflict of interest for the city attorney to investigate the City Council. Janz agreed.

“I honestly think that we’re conflicted out no matter what. You can’t investigate the people that you work for. It would have to be farmed out to a different agency, in my opinion,” Janz said.