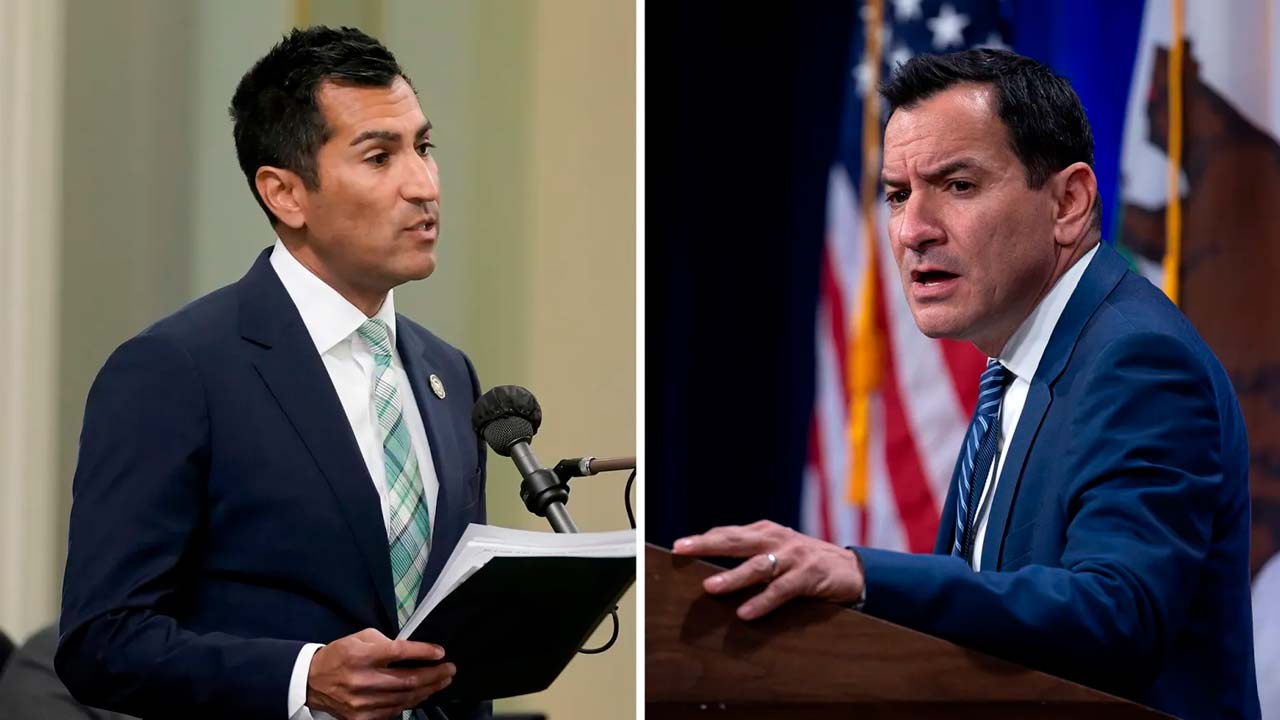 An ambitious member of the state Assembly declares that he has enough votes to become speaker and demands that the incumbent step down. The current speaker refuses and the contenders spend months trying to get enough of their supporters elected to settle the dispute.

In June, Rivas publicly declared that he had backing from 34 of the Assembly’s 58 Democrats and called on Rendon to relinquish the office. After several days of behind-the-scenes maneuvering, however, the two issued a joint statement declaring each politician’s respect for the other and postponing the issue until later in the year.

Since then, Rendon has said he wants to be re-elected speaker when the Legislature reconvenes in December, although he will have to relinquish the post sometime because he’ll be serving his last term in the Assembly due to term limits.

Meanwhile, the membership of the Assembly will undergo a substantial change in November’s elections — as many as 20 new Democratic members. The reconstituted body, not the current members, will decide who will occupy the speaker’s office. So the rivalry has boiled down to each side trying to get enough of its supporters elected in November to decide the speakership election, with campaign contributions the prime tool.

What’s happening now sounds very familiar to the few Capitol denizens who were around in 1980.

Los Angeles Assemblyman Howard Berman, claiming a majority of the Assembly’s Democrats, demanded that Speaker Leo McCarthy step down and McCarthy, a veteran politician from San Francisco, refused. McCarthy clung to the speakership for a year while the two factions battled it out in the 1980 elections to a near-stalemate.

The clashes were the stuff of Capitol legend — Assembly members pledging to both sides, divisions along ethnic lines, cloak-and-dagger spy missions, feuds between politicians who had been years-long friends, and even death threats in one race.

What happened after that year’s election got even more interesting. Berman claimed a slight majority of the Democrats after the November, 1980 election, but the battle had become so highly personal that the election did not settle it. Rather, the McCarthyites made a deal with Republicans to elect Willie Brown as speaker because GOP leaders feared what Berman would do to them in redistricting after the 1980 census.

Republicans came to regret their deal to make Brown speaker. Once in office, he quickly consolidated his position among Democrats through committee appointments and the creation of congressional and state Senate seats for Berman and his supporters in redistricting.

No longer needing Republican support, Brown became the self-proclaimed “Ayatollah of the Assembly” and relegated GOP members to the powerless back benches. He survived a 1988 coup attempt by the “Gang of 5” dissident Democrats and eventually became the longest serving Assembly speaker.

What happened in 1980 contains a lesson about the biennial election of Assembly speakers: Republicans get to vote too and provided the margin of victory for Brown.

Could the current battle over the speakership emulate what happened 42 years ago?

After the election, if neither Rendon nor Rivas can claim 41 supporters, the number required to elect a new speaker, and neither is willing to concede, the two dozen or so Republicans in the 80-member chamber could tilt the outcome.

One can’t say that it’s a likely outcome, but neither is it an impossibility, as the 1980 scenario demonstrated. It all may depend on how much enmity has been generated and how stubborn the two combatants are once the election results are known.