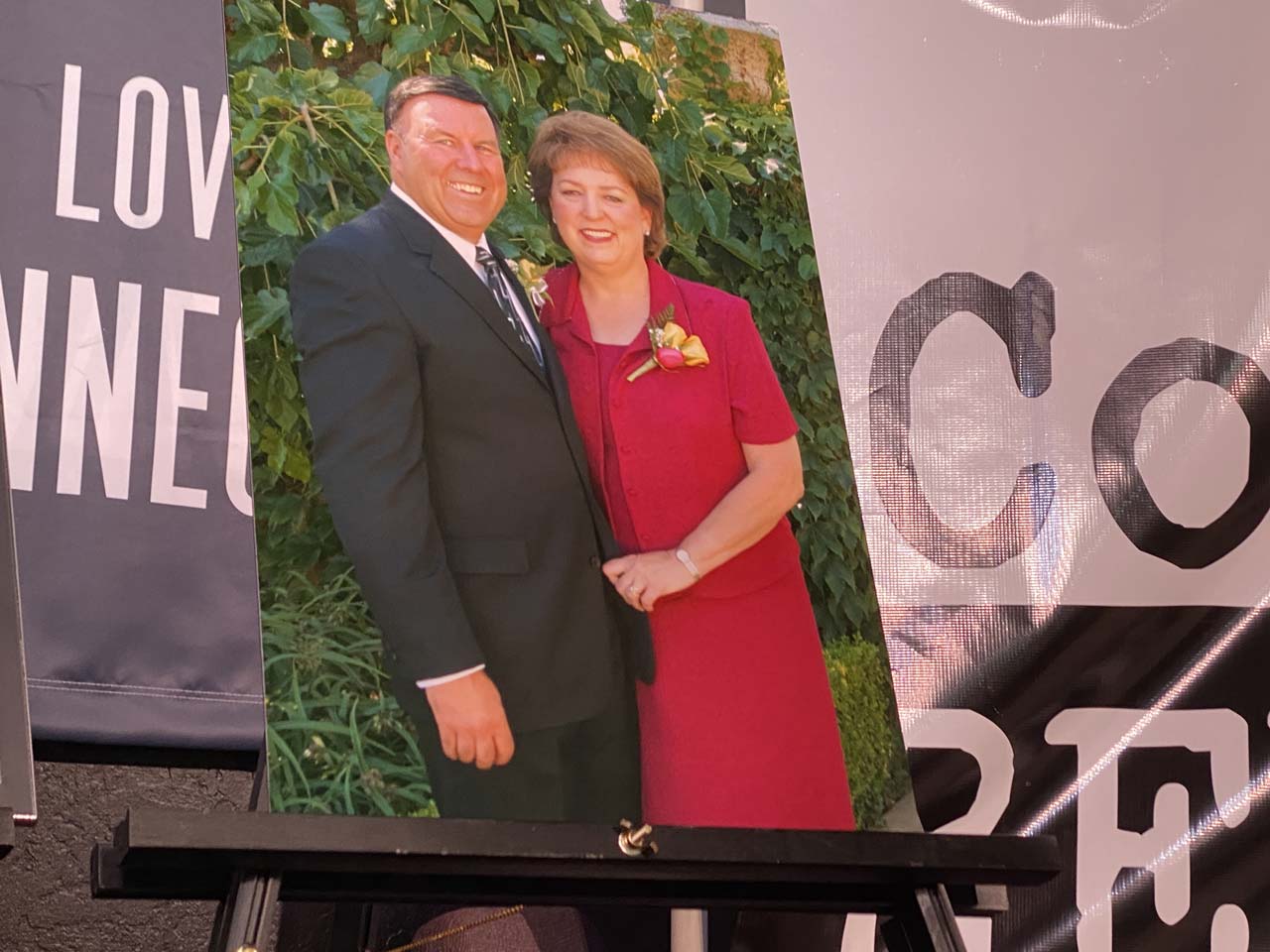 A picture of Judith Kneeland, right. A lawsuit alleges that she died because of a COVID drug given against her will. (GV Wire/David Taub)
Share with friends

In what is being called a first-of-its-kind lawsuit, three hospitals are being sued for allegedly prescribing a COVID medication that was supposed to heal.

Instead, three legal complaints say, the medication killed 14 Fresno-area patients, several over the age of 65.

“We have filed lawsuits against three hospitals who have murdered 14 people using a Remdesivir protocol,” attorney Michael Hamilton said.

The hospitals forced Remdesivir against the patients’ will, the lawsuit alleges.

The announcement was made at an event at Adventure Church on Palm Avenue last week that drew more than 150 people.

“We extend our heartfelt sympathies to the families during this difficult time. Because this case is pending, we are unable to comment,” said Community Health System spokeswoman Michelle Von Tersch said in an email.

St. Agnes also said it was unable to comment on pending litigation.

Attorney: Battle of the Experts

Plaintiff’s attorney Dan Watkins said the families of the deceased found each other.

“As the community discussed it more and learned more about Remdesivir and its problems, the number of people that died from it grew. Just within Fresno, that group grew. They have their own communication net and they talked,” Watkins said.

Watkins acknowledges this will be a tough case to win.

“It’s going to be a battle of the experts. And we’re going to have experts who will come with mounds and mounds of information to show Remdesivir is deadly. It doesn’t do what it’s supposed to do,” Watkins said.

Lawsuit: Patients Given Remdesivir Against Their Will

The lawsuits allege that Remdesivir, used to treat COVID patients, “is a dangerous, experimental drug” and “unsafe and ineffective for patients.”

“Many of them were given this deadly, poisonous drug against their will. They said, we don’t want it, don’t give us that. They were given (Remdesivir) anyway. They weren’t told that it killed over 50% of the people that it was given to,” attorney Hamilton said.

The hospitals administered Remdesivir without fully informed consent or revealing what the dangers may be, the lawsuit alleges. Other treatments, such as Ivermectin, could have been more effective, the plaintiffs contend.

Watkins said that people have the right to choose their medical care.

The lawsuit says the hospitals had a financial incentive for COVID deaths, and to administer Remdesivir. Hospitals can charge up to 144 times more for an inpatient complex case than an outpatient case.

Hamilton said the official cause of death for the 14 plaintiffs was COVID.

“The reason the hospital says their cause of death is COVID is because the state of California gets $147,000 for every COVID death certificate that a hospital can churn out,” Hamilton said. 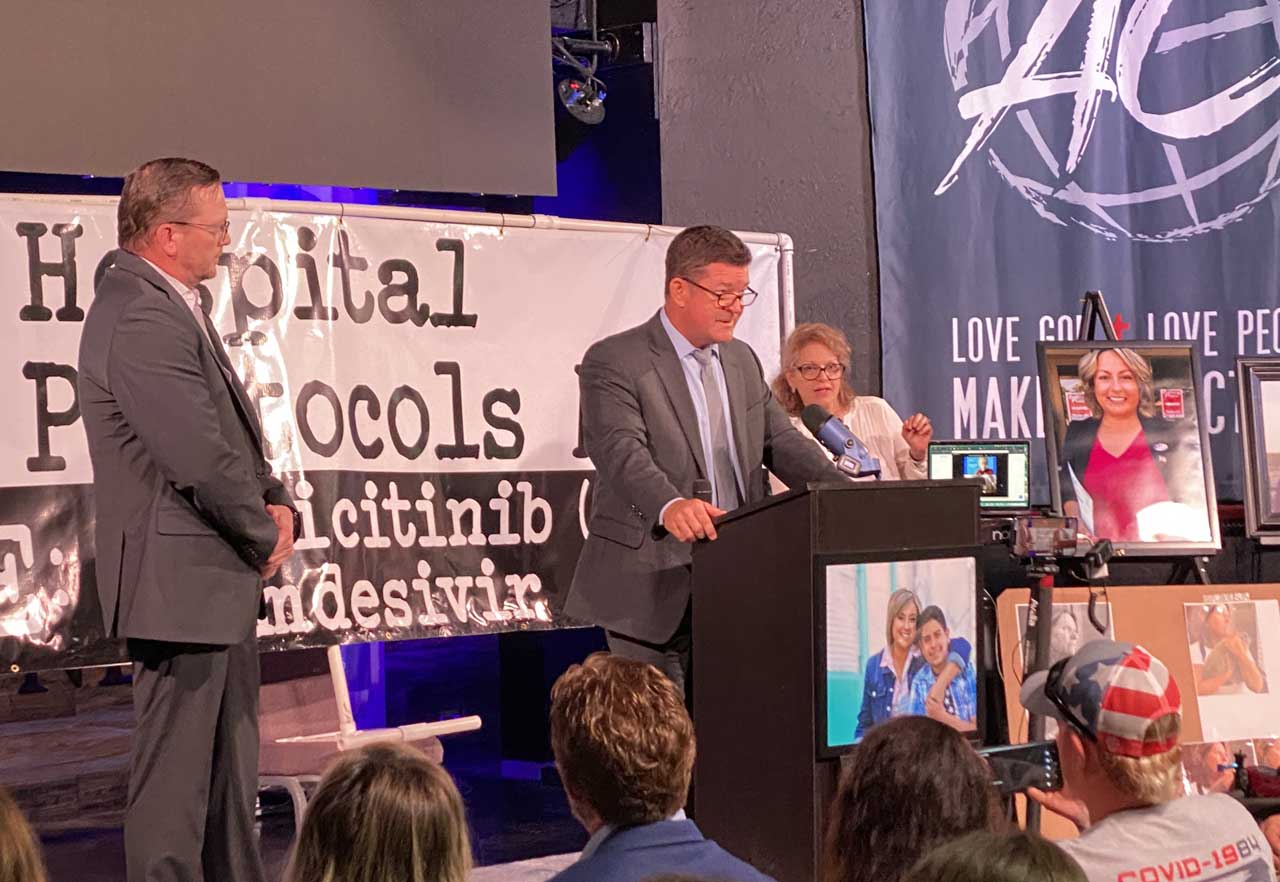 Why One Woman is Suing 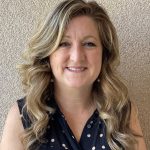 “My mother was killed by Remdesivir at Clovis Community Hospital.” — Danette Gillingham

In July 2021, Gillingham said her family contracted COVID. Concerned about her mother’s dehydration and oxygen level, they took her to the hospital.

Gillingham said the family was not allowed to come inside the hospital with her. Kneeland was given an IV and put on oxygen, her daughter said.

“Without consent, (the hospital) began to put her on all of the other medicines, the Remdesivir and steroids and all kinds of other things,” Gillingham said.

As a result, Gillingham said, her mother’s organs started failing.

Gillingham said the hospital “bullied” Kneeland to be placed on a ventilator or go into comfort care.

She did not believe the hospital when it said her mom died of COVID.

Cases Return to Court in January

The plaintiffs sued the three hospitals in separate lawsuits. The only major difference are the names of the plaintiffs and defendants.

The complaints seeks damages but do not specify a dollar amount.

The three separate cases return to court in January for case management conferences.

The lawsuits against Clovis Community, CRMC, and St. Agnes can be read by clicking on the link.

The lawsuits are being funded by Arizona-based medical advocacy nonprofit Truth for Health Foundation.