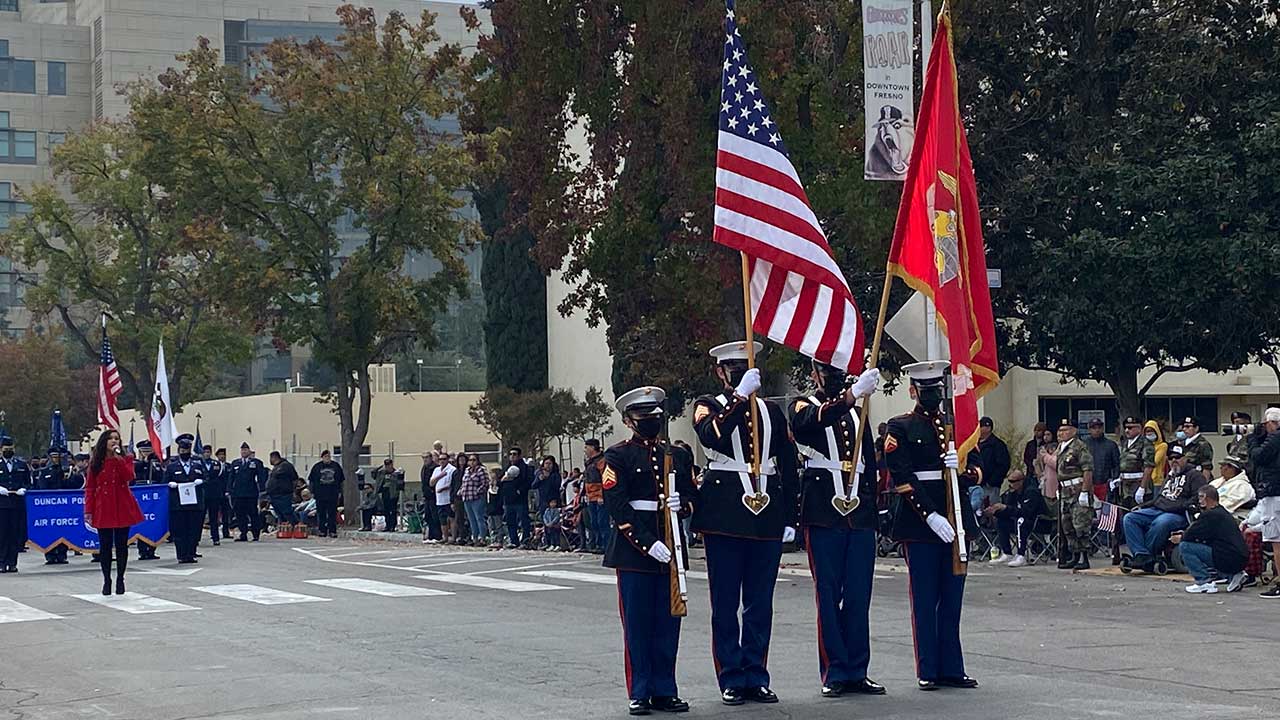 Fresno veterans deserve help, says Fresno City Councilman Luis Chavez, and he wants to make sure they get it.

“We need to treat our veterans with the dignity and respect that they deserved. And this is a start,” Chavez said.

Watch: V Is for Veterans

After floating the idea of creating a veterans memorial district similar to that in Clovis, Fresno City Councilman Luis Chavez is proposing a sales tax increase instead.

Chavez will introduce his proposal at Thursday’s city council meeting. It calls for a hike of one-eighth of a cent (0.125%) to fund veterans’ programs and buildings. The early estimate is that the tax would produce $13 million a year in revenues.

It would need five votes from the council to go on the ballot. If that happens, voters would decide on Measure V — as it is being called — in November. To go into effect, the measure needs two-thirds voter approval. 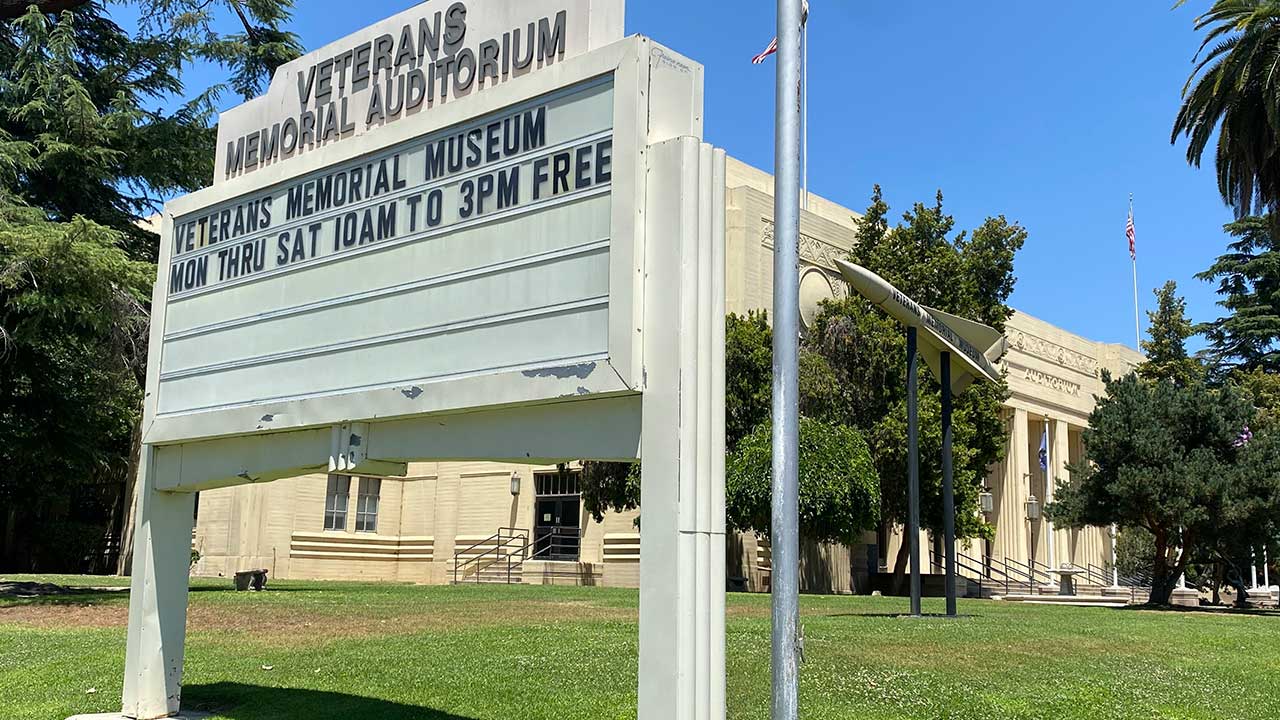 The Clovis Veterans Memorial District is not only the common name of the facility used for veterans and the community, but it is a distinct unit of government, a special district formed in the 1940s.

By law, the district is limited to building and maintaining facilities and providing programming for veterans, district CEO Lorenzo Rios said.

Chavez hopes a Measure V tax would not only support aging veteran infrastructure in Fresno but also provide services — something the Clovis Veterans Memorial District cannot do directly.

“If we have a dedicated funding source to specifically help them in that (homelessness) effort, I think they’ll be more open to coming in from the streets and getting those services that they need. And to me, it’s the least we can do, given that they sacrificed so much and went overseas and served and fought and saw a lot of very difficult things to see,” Chavez said. 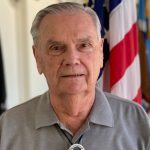 “Our funding is very tight. We have no no outside support other than personal donations.” — Bob Specht, CEO/director, Legion of Valor Museum

The facility most in need is the Veterans Memorial Auditorium in downtown Fresno.

“The needs assessment shows it has a need of upwards of $10 million to bring it back from the shambles that it finds itself in. It’s quite embarrassing,” Chavez said. “We can’t have that as the fifth-largest city in the state of California.”

The auditorium also houses the Legion of Valor Museum, which is free to the public.

Bob Specht, an Air Force veteran and CEO/director of the museum, is likely to greet you at the door. He supports Measure V.

“It would be wonderful,” Specht said. “Our funding is very tight. We have no outside support other than personal donations.”

Specht said the electrical system and carpeting could be replaced. Upgrades to the plumbing and new paint are on the wish list. Security is also a concern.

The museum has not seen many repairs since it opened in 1991, Specht said. The building itself opened in 1935.

Chavez would also like to see funds help VFW halls. 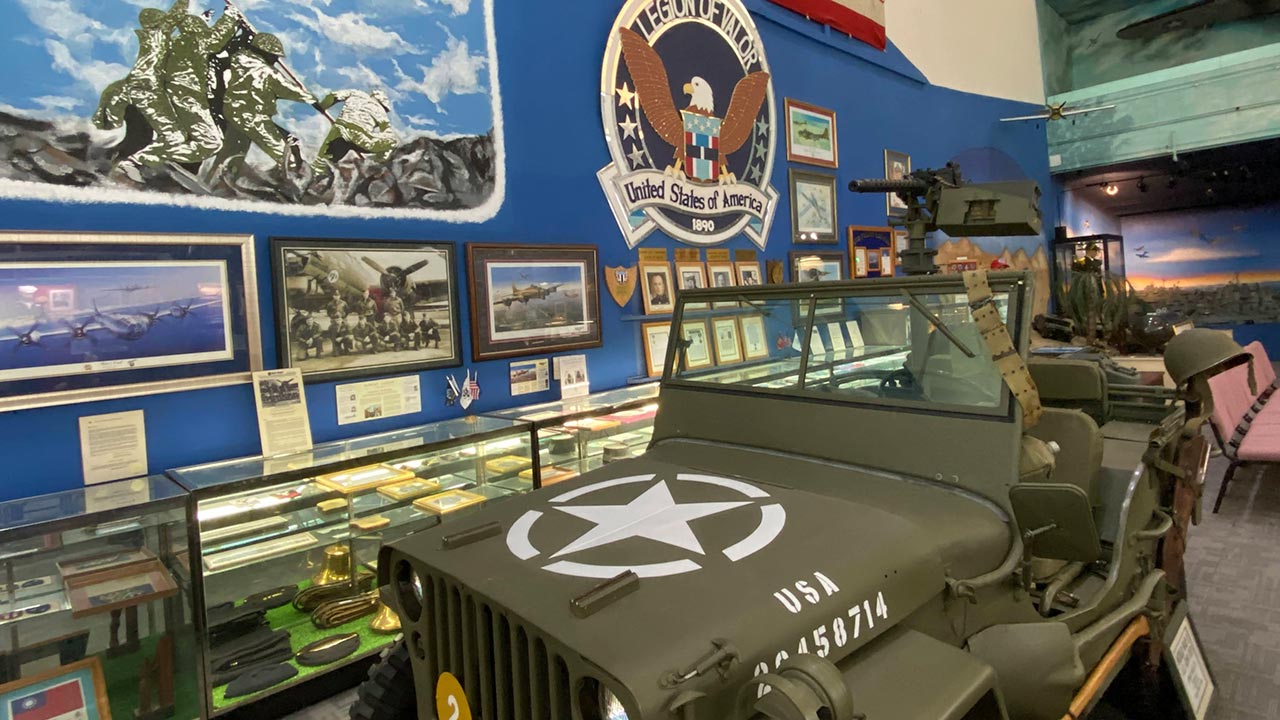 The Legion of Valor Museum, within the Fresno Memorial Auditorium. (GV Wire/David Taub)

Specifics Being Worked Out

Unlike Measure P — the sales tax approved by voters in 2018 for parks — there is not yet a specified spending formula. Chavez says future council discussions may help formulate a more detailed plan.

That would include an advisory board, made up of veterans groups.

“They have a good pulse of what’s going on with our veteran residents here in the city of Fresno,” Chavez said. “Our aim was to try and seek out ways to implement this to where Fresno might be able to take advantage of this kind of revenue.”

Memorial District Still on the Table

When Chavez publicly announced his desire to help veterans, the initial plan was to form a veterans district similar to CVMD.

Funded by property tax dollars, CVMD is run by a five-member board elected by the public — three must be veterans. Three of the five seats will be on the ballot in November.

The Fiscal Year 2022 budget was $4 million, which included rental income.

The district’s boundaries are the same as the Clovis Unified School District — covering the city of Clovis, and parts of the city of Fresno — mainly in the north and east parts of town. The district includes county residents.

Chavez said forming a new district is a bureaucratic challenge. A sales tax provides more flexibility in the types of programs that can be provided.

He envisions working with CVMD to bring new facilities to southeast Fresno, an area already in the district.

“We obviously have some land available down there. Step one is to pass Measure V and get that set up. Step two is then to go with some funds and leverage those resources into working with the Clovis Memorial District,” Chavez said.

Rios, with the CVMD, likes the idea.

“Collaboration is at the heart of everything we do. We work with every organization that wants to serve its community,” Rios said.

20 Years in the Making

The concept of a tax to benefit Fresno veterans has been discussed for nearly 20 years, Chavez said. He recalls conversations with legendary veterans advocates Charlie Waters and Bill Dietzel.

Mike Harris, an Army veteran and the Legion of Valor’s deputy director, has been involved in the tax discussion for decades. They saw what was happening in Clovis.

“I got curious why Fresno didn’t have something along those lines to help veterans organizations and causes,” Harris said.