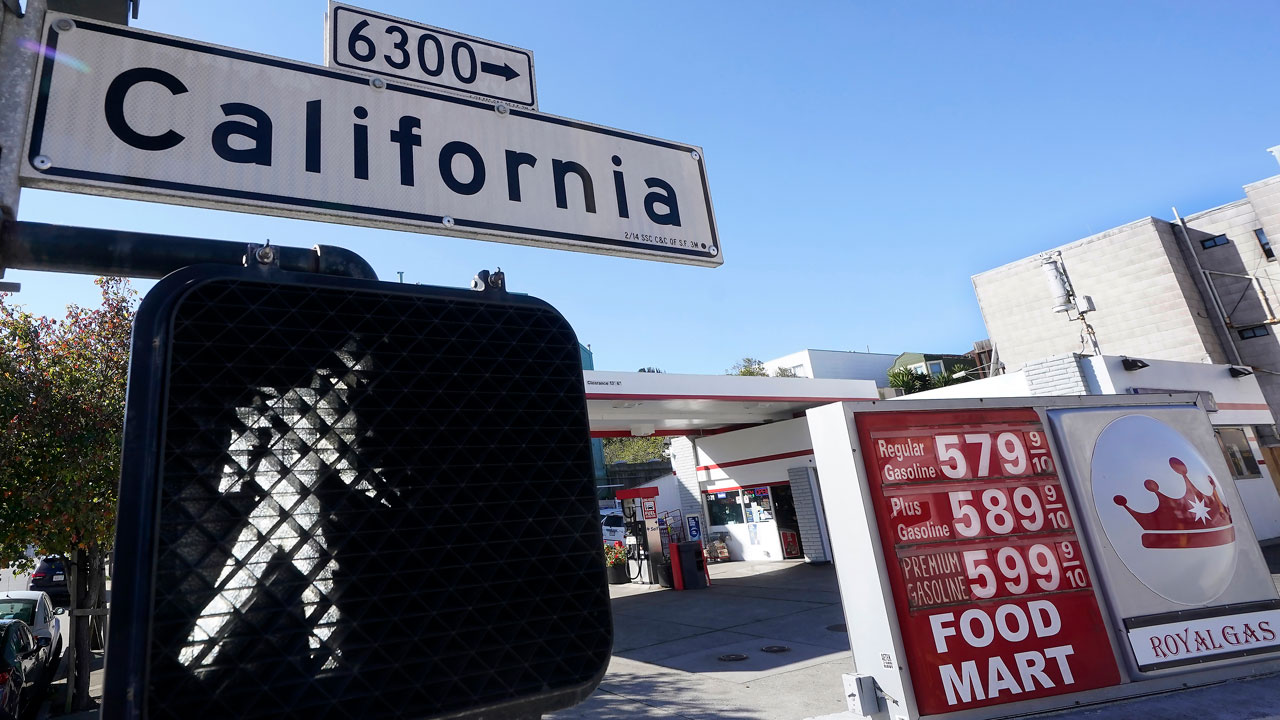 A California street sign is shown next to the price board at a gas station in San Francisco, on March 7, 2022. (AP File)
Share with friends

With Russia’s invasion of Ukraine inflating crude oil prices, the average cost of a gallon of regular-grade gasoline rose by 39 cents in Fresno this past week to $5.56, according to AAA.

Meanwhile, the national average shot up to a record $4.43, industry analyst Trilby Lundberg said. That’s a 22% national increase over the past two weeks and $1.54 a gallon higher than a year ago.

Prices were escalating before Russia invaded Ukraine because of post-lockdown demand. In addition, crude oil prices had dropped in early 2020 as economies around the world shut down because of COVID-19.

How to Find Lowest Fresno Prices

To find the Top 10 cheapest gas prices in the Fresno area, use this gasbuddy.com link.

Mono Winds Casino in the foothills town of Auberry leads the way at $4.78 a gallon.  The Fastrip in Sanger on Academy Avenue has gas at $4.95 a gallon. Several outlets, including the Walmart on East Kings Canyon Road in Fresno, are at $4.99 a gallon.

The highest gas prices in the nation are in San Francisco with the average at $5.79 a gallon for regular. The lowest average is in Tulsa, Oklahoma, at $3.80 per gallon.

The average price of diesel has also spiked, rising by $1.18 over two weeks, to $5.20 a gallon, according to the Lundberg Survey. Diesel costs $2.11 more than a year ago.

$5 a Gallon Is Tipping Point for Californians

New survey data from AAA indicates that with the national average above $4, Americans may have reached a tipping point.

Fifty-nine percent of respondents said they would make changes to their driving habits or lifestyle if the cost of gas rose to $4 per gallon. And, if gas reaches $5.00, which it has in western states, three-quarters said they would adjust their lifestyles.

These 6 Want to Replace Devin Nunes in Congress. Where Do They Stand?