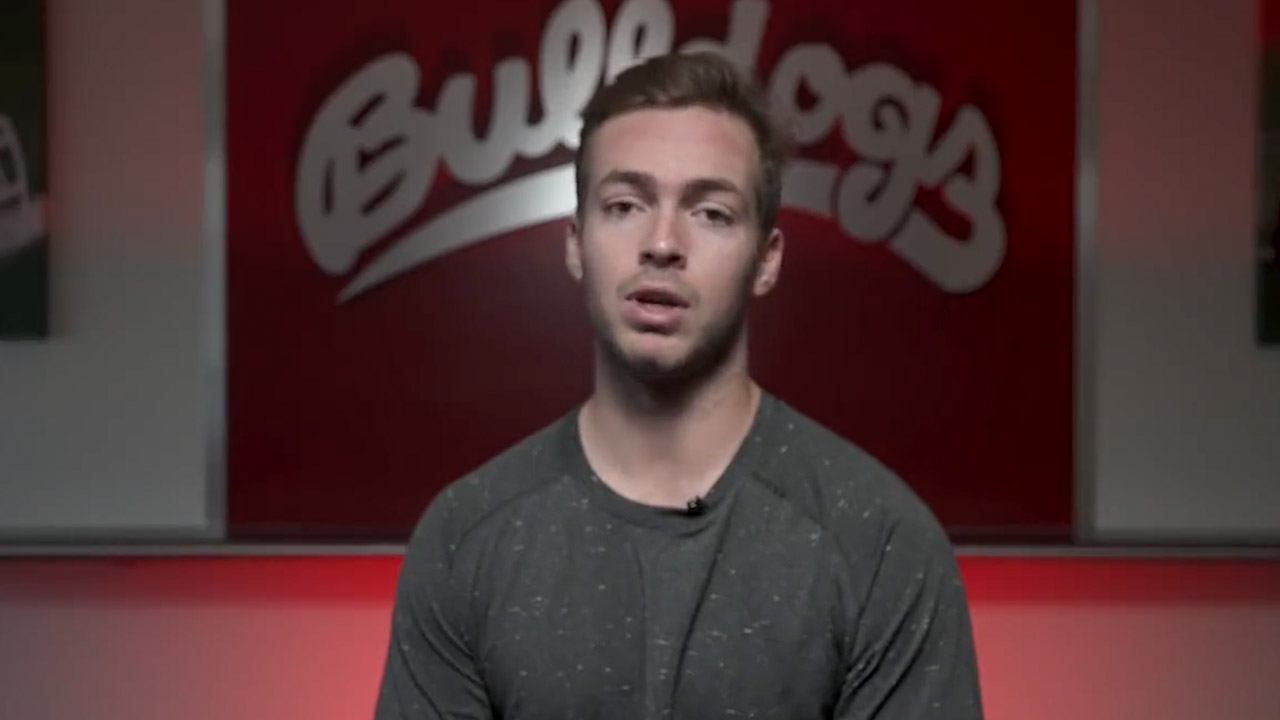 Jake Haener says he is returning to Fresno State for 2022. (Image: screen shot)
Share with friends

Jake Haener, Fresno State’s star quarterback, is returning to the Bulldogs for 2022. He had entered the NCAA transfer portal which would allow him to transfer to another school, but withdrew his name on Wednesday.

“Fresno is my home. It’s made me who I am. I can’t wait to play with Coach Tedford in 2022 and take on the Mountain West for the rest of my teammates and pursue a championship.”

“It’s something I’ve always wanted to do here and just play one more season as a Bulldog. I can’t imagine myself anywhere else and this is where I want to be. So Red Wave, I’ll see you in 2022. Go Dogs!” Haener said in a social media video.

The news comes one day after the Bulldogs officially brought back head coach Jeff Tedford — who sat out two seasons for health reasons. Tedford replaced Kalen DeBoer, who left for the University of Washington, where Haener wanted to follow.

“I didn’t know what direction Fresno State was going to go with their coaching staff, their offense, terminology and system, and everything was up in the air. And I knew exactly what I had with Coach DeBoer and Coach Grubb,” Haener said.

“Jake Haener will be available for the bowl game,” the athletics department told GV Wire.

Haener — a fifth-year senior in 2021 — and all NCAA players, were granted an extra year of eligibility because of the pandemic.

In a video posted through the Fresno State football’s twitter account, Haener explained the timing of entering the portal, apologizing for his decision.

Because of the uncertainty of the Bulldogs bowl game date, and that Washington starts its winter quarter on Jan. 3, Haener felt last week was the best time to transfer.

“There was a lot of things that needed to be straightened out in my life, in my academic life that needed to be looked at and instructed and entering the transfer portal at that time gave us the best opportunity to weigh all my options out,” Haener said.

When he entered the portal last week, fans on social media were not pleased. Someone hung bedsheets on campus saying “Haener is a Traitor.”

Haener addressed those upset fans in an Instagram post, saying he was doing what was best for his future.

[Update: the athletics department confirmed Haener is eligible to play in the bowl game. This was previously unclear.]
Related Topics:Fresno StateJake Haener
Up Next