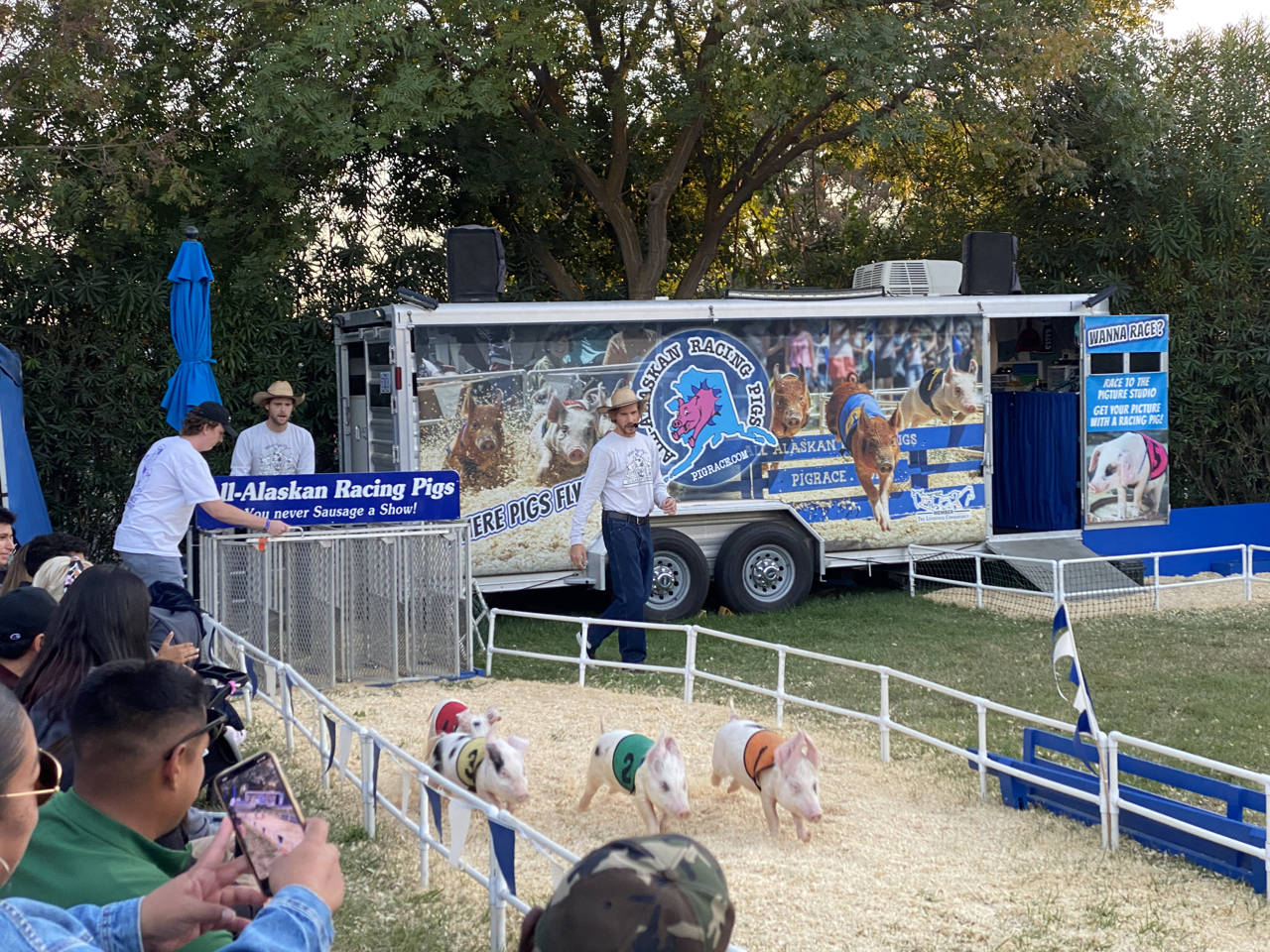 Chances are, families will get a kick out watching the pig races, says GV Wire's David Taub. (GV Wire)
Share with friends

As the Big Fresno Fair enters its final weekend, are there any good activities for the kids?

In simple form, of course! What kid doesn’t like the amusement park rides or games of chance? But, this year’s post-pandemic fair has unfortunately been lacking the extracurriculars past fairs had. 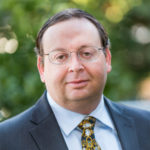 Earlier this week, my kids and I explored the fair, searching for children’s kiddy activities.

Because of the pandemic, there were no hands-on learning exhibits this year as in the past. That’s a bummer.

There is no mutton busting. A COVID victim. Instead, there are All-Alaskan Racing Pigs.  I can’t verify the pigs’ hometowns, but I did appreciate the clever names. Hamela Anderson was my favorite. My suggestion for a future hog racer: Kosher the Pig.

There was a full house on the small lawn next to the Butler Street entrance. The races will take place four times a day for the final weekend.

Pig racing was fun. Maybe it would be better with wagers (that is for horse racing, which is not a kid-recommended activity, anyway). 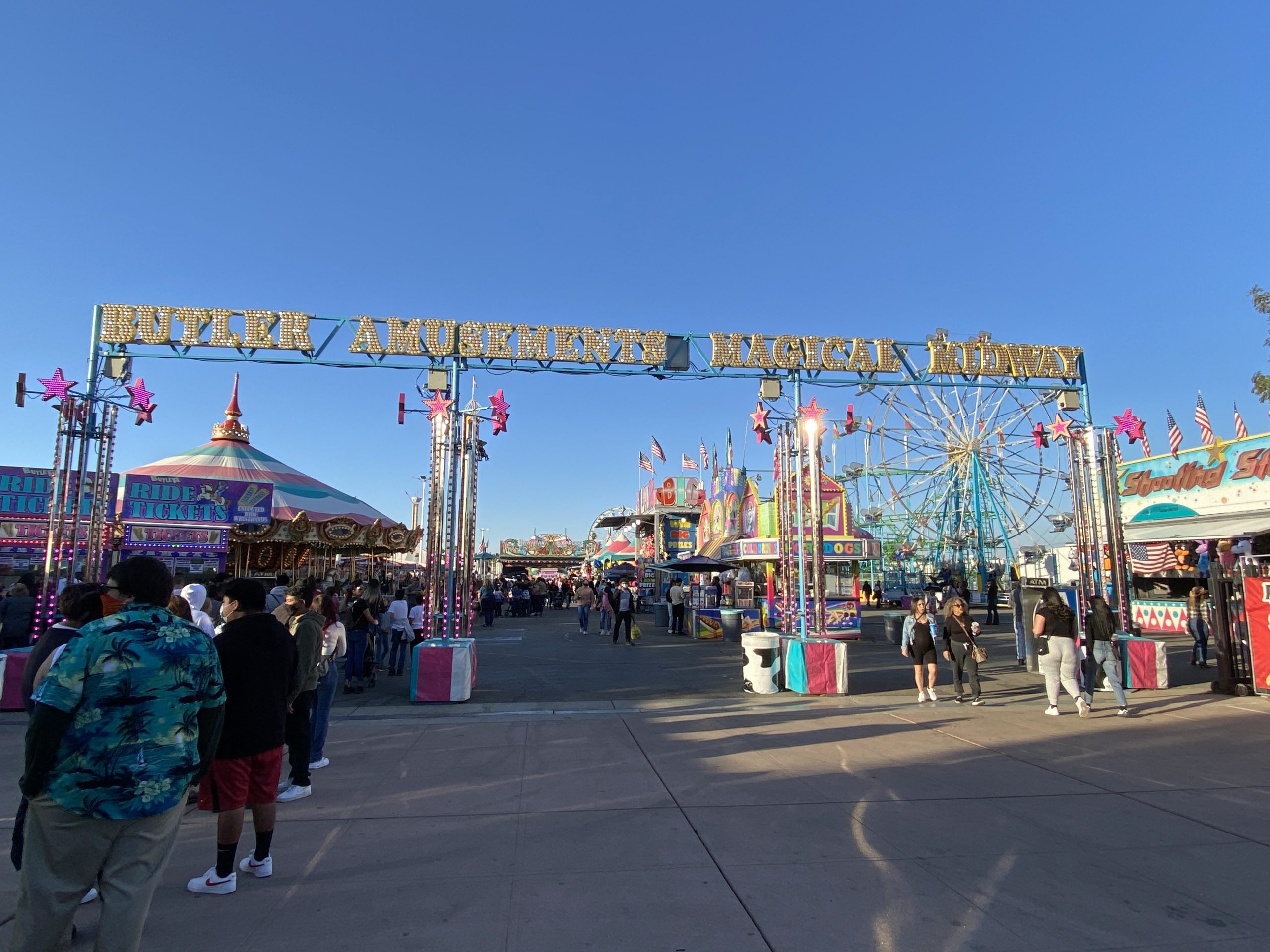 I was told the Pop Culture exhibit would be kid cool. Besides recognizing some old Starting Lineup figures, I realize I am not in tune with pop culture. And, the exhibit was lacking. It was really just vendors selling action figures and comic books.

The same building also featured eSports, aka video games. You can pay $5 an hour or a $20 daily rate. My kids get enough video games at home. We took a pass. 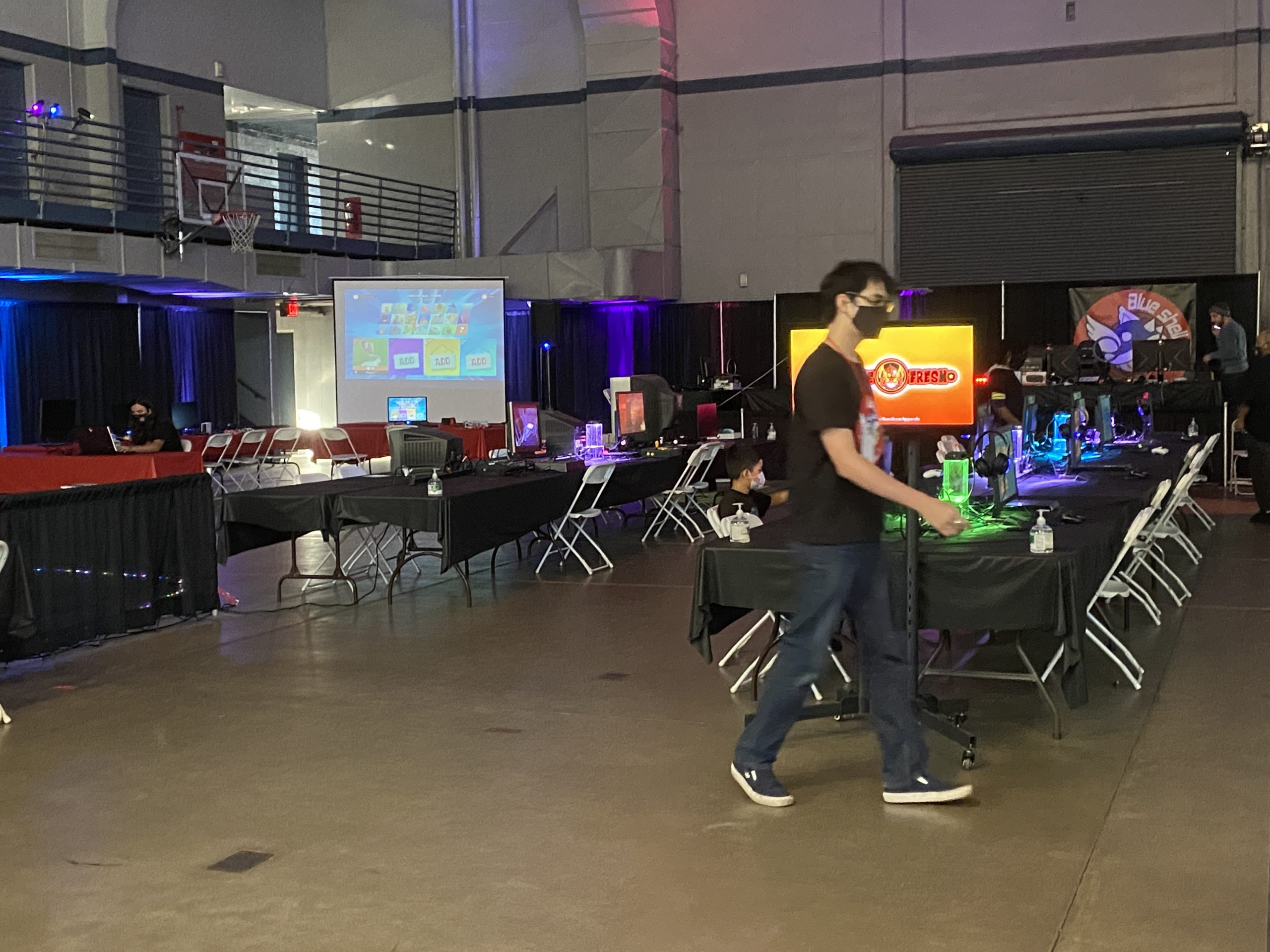 But, the all-time kids’ fair favorite is the big treehouse/pirate ship playground at Table Mountain Rancheria Park. It never gets old for my 8- and 10-year olds. Whether it is hide-and-seek or just climbing up and down, it is the ultimate playground.

We went on Wednesday night, when the adjacent Paul Paul Theater entertainment (Midland) was canceled because of a positive-COVID test from one of the roadies. I appreciated the quiet.

In past years, I’ve seen security make sure the kids move along on the playground which looks into the concert arena. No freeloaders were allowed. 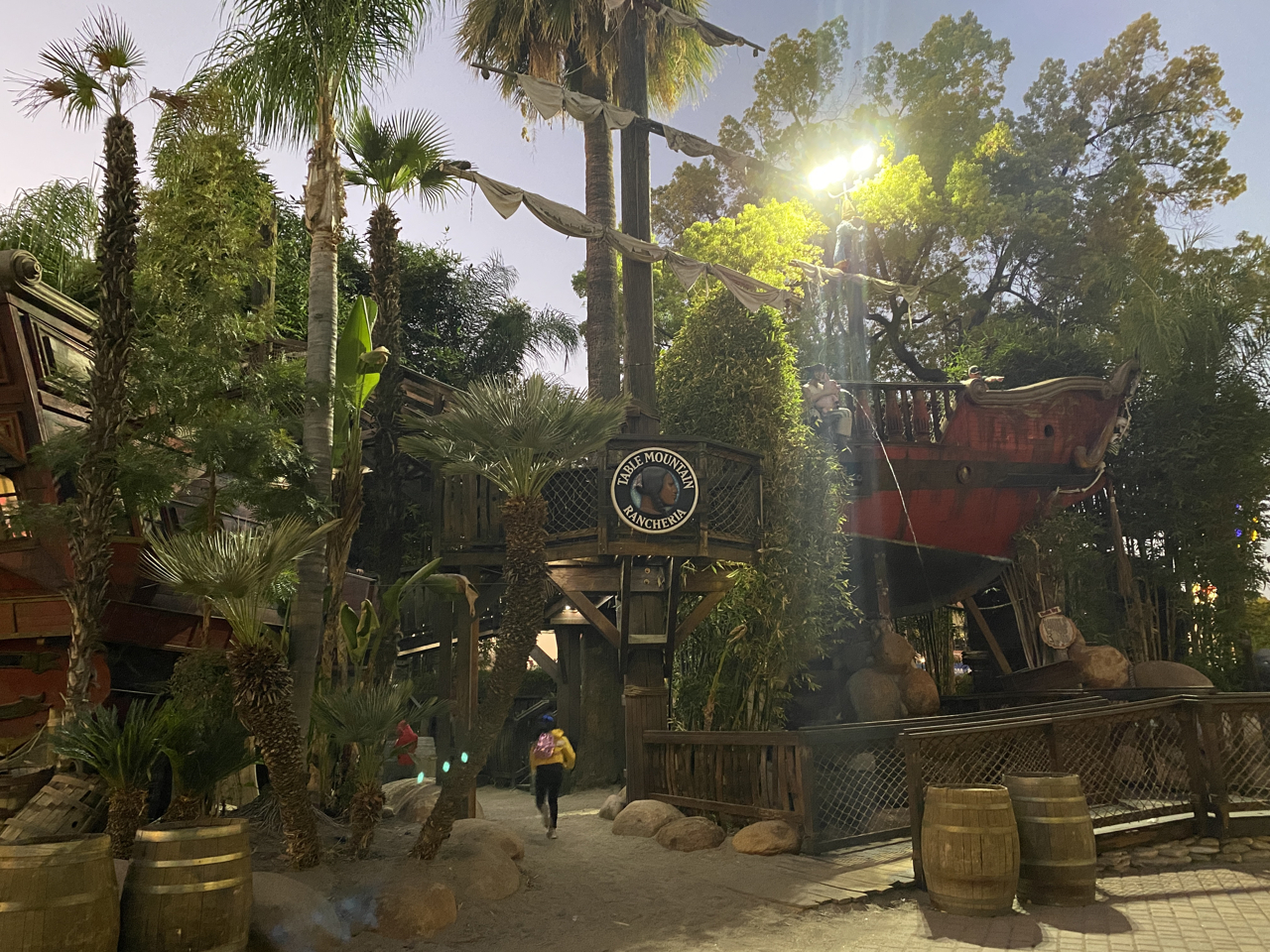