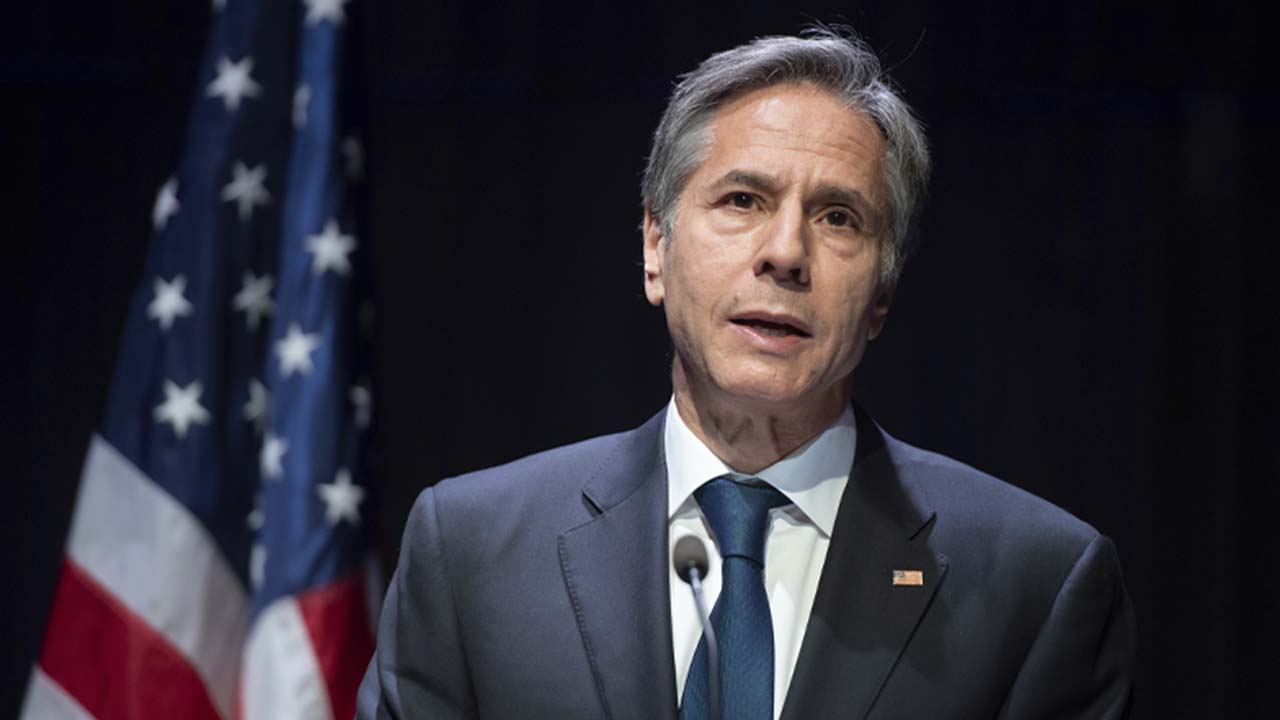 Secretary of State Antony Blinken and his envoy reached out to Palestinian and regional Arab leaders on Tuesday as attacks between Israel and Gaza’s Hamas rulers raged on, maintaining what the Biden administration is calling its quiet diplomacy while still declining to press for an immediate cease-fire.

Blinken, speaking during an unrelated trip focusing on Russia and Nordic countries, also defended the U.S. decision to block what would have been a unanimous U.N. Security Council statement on the fighting and its civilian toll, and the overall U.S. approach to the worst Israeli-Palestinian fighting since 2014. President Joe Biden, speaking to Prime Minister Benjamin Netanyahu on Monday, expressed general support for a cease fire but stopped short of joining dozens of Democratic lawmakers in demanding one.

“Our goal remains to bring the current cycle of violence to an end” and then return to a process in which a lasting peace can be forged, the U.S. diplomat said.

Blinken said he had spoken to the foreign ministers of Morocco and Bahrain, two Arab countries that recently have moved to normalize relations with Israel, while US envoy Hady Amr in Israel spoke with Palestinian National Authority President Mahmoud Abbas.

The ongoing U.S. outreach — reflecting an administration that has emphasized working with allies, and has refrained from publicly criticizing ally Israel — came as new Hamas rockets and Israeli airstrikes continued for a ninth day. At least 213 Palestinians and 12 people in Israel have died. Efforts by Egypt and others to mediate a truce have stalled.

Biden’s carefully worded statement expressing general support for a cease-fire, in a White House readout Monday of his second known call to Netanyahu in three days as the attacks pounded on, came with the administration under pressure to respond more forcefully despite its reluctance to challenge Israel’s actions in its part of the fighting. The administration also has expressed its determination to wrench the main U.S. foreign policy focus away from Middle East hotspots and Afghanistan.

Biden’s comments on a cease-fire were open-ended and similar to previous administration statements of support in principle for a cease-fire.

Biden also “encouraged Israel to make every effort to ensure the protection of innocent civilians,” the White House said in its readout.

An administration official said the decision to express support and not explicitly demand a cease-fire was intentional. While Biden and top aides are concerned about the mounting bloodshed and loss of innocent life, the decision not to demand an immediate halt to hostilities reflects White House determination to support Israel’s right to defend itself from Hamas, the official said, speaking on the condition of anonymity to discuss the private deliberations.

Meanwhile, European Union foreign ministers were meeting Tuesday to discuss how to use the 27-nation bloc’s political clout to help diplomatic efforts to end the fighting between the Israeli armed forces and Palestinian militants. The EU has been united in its calls for a cease-fire and the need for a political solution to end the latest conflict, but the nations are divided over how best to help.

Netanyahu told Israeli security officials late Monday that Israel would “continue to strike terror targets” in Gaza “as long as necessary in order to return calm and security to all Israeli citizens.”

Separately, the United States, Israel’s top ally, blocked for a third time Monday what would have been a unanimous statement by the 15-nation U.N. Security Council expressing “grave concern” over the intensifying Israeli-Palestinian conflict and the loss of civilian lives. The final U.S. rejection killed the Security Council statement, at least for now.

Blinken said the U.S. was “not standing in the way of diplomacy” and that the U.N. statement would not have advanced the goal of ending the violence.

“If we thought and if we think that there is something, including at the United Nations that could advance the situation, we would be for it,” Blinken said.

Lawmakers Calling for Cease-Fire by Both Sides

Senate Majority Leader Chuck Schumer on Monday joined dozens of Democratic lawmakers — and one Republican and independent Sen. Bernie Sanders — in calling for the cease-fire by both sides. A prominent Democrat, Rep. Adam Schiff, the House intelligence committee chairman, pressed the U.S. over the weekend to get more involved.

But Senate Minority Leader Mitch McConnell, R-Ky., took the Senate floor on Monday to assail lawmakers for including Israel in their demands for a cease-fire.

“To say that both sides, both sides need to de-escalate downplays the responsibility terrorists have for initiating the conflict in the first place and suggests Israelis are not entitled to defend themselves against ongoing rocket barrages,” McConnell said.

Sen. Rick Scott, R-Fla., led 19 Republican senators releasing a resolution supporting Israel’s side of the fighting. They plan to try to introduce the legislation next week.