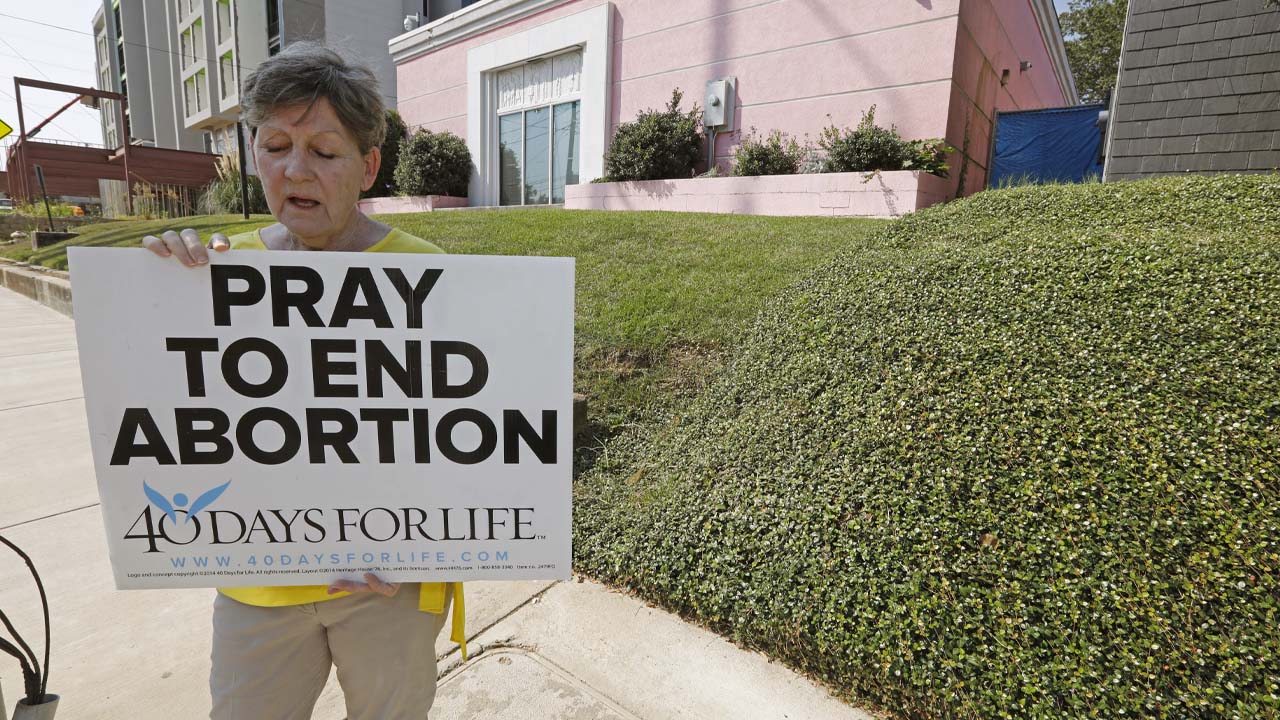 WASHINGTON — In agreeing to hear a potentially groundbreaking abortion case, the Supreme Court has energized activists on both sides of the long-running debate who are now girding to make abortion access a major issue in next year’s midterm elections.

For many evangelicals, the case could serve as a validation of more than four decades of persistent work and a sometimes awkward relationship with former President Donald Trump, whose three Supreme Court appointments sealed a 6-3 conservative majority. If those justices unite to uphold a Mississippi law banning abortion after 15 weeks of pregnancy, it would mark a first step toward the possible demise of the 1973 Roe v. Wade decision, which established a nationwide right to abortion at any point before a fetus can survive outside the womb, roughly 24 weeks.

Abortion rights advocates, meanwhile, are urgently warning that the case is the biggest threat to decades of rulings that have consistently upheld, with some caveats, a woman’s constitutional right to decide whether to end her pregnancy.

Since the Roe decision, abortion has become a defining theme in American politics, emerging as the sole issue that some voters use to assess which candidates they’ll support. The Mississippi case could emerge as another turning point — with unpredictable results. Abortion opponents may become further emboldened if their long-desired goal moves closer to reality, while an unfavorable decision could spur supporters to intensify calls for dramatic changes to the judiciary.

For now, both sides say they are fully engaged.

Decision Likely to Come in Spring 2022

“This is huge — it’s saying that for the first time in a long time that we have a pro-life majority on the Supreme Court,” said Katherine Beck Johnson, a lawyer with the conservative Family Research Council. “It will encourage the voting base to get out and vote Republican.”

“For more than 40 years the Supreme Court has said states can’t ban abortion prior to viability,” Dalven said. “There is simply no way for the court to rule for Mississippi without gutting Roe v. Wade.”

The case probably will be argued in the fall, with a decision likely in the spring of 2022 during the campaign for congressional midterm elections. Many abortion-rights groups urged their supporters to start mobilizing now.

“There’s never been a more important time to elect Democratic pro-choice women to local and national office,” said one of those groups, Emily’s List. “If the Supreme Court strikes down Roe v. Wade, we’ll need all the help we can get.”

Even if the court does not explicitly overrule Roe, a decision favorable to Mississippi could lay the groundwork for allowing more restrictions on abortion. Bills have been enacted in multiple Republican-governed states that would ban abortion as early as six weeks, and also in cases where a decision to abort was based solely on a diagnosis of Down syndrome.

Some abortion opponents, noting those surveys, are skeptical that the Supreme Court would fully overturn Roe.

“The Supreme Court has never led public opinion but followed it when it comes to major issues like slavery, gay marriage and women’s rights,” said the Rev. Robert Jeffress, a Dallas megachurch pastor who has been a close ally of Trump.

“As long as 70% of the American people oppose the overturn of Roe, it will never happen,” he said. “Realistically, conservatives can hope that the court uses the Mississippi case to chip away at unrestricted abortion in our country.”

Charles Camosy, a professor of theological and social ethics at Fordham University, also acknowledged those poll findings. But he noted that the Gallup poll has repeatedly found that more than two-thirds of Americans say abortion should be illegal after the 12th week of pregnancy — a time frame that is in force in several European countries.

“I doubt the court’s majority is willing to totally undo the legal right to abortion,” he said. “More than likely is they will rule that a 15-week limitation does not pose an undue burden on a woman’s right to abortion.”

White evangelicals, who remain among Trump’s most loyal backers, had celebrated his overhaul of the federal courts and his reshaping of the Supreme Court as perhaps his greatest accomplishment. But there remains trepidation after the court surprised them by failing to rule their way in past cases.

“Trying to predict what the Supreme Court is going to do on a state statute on abortion regulation is like trying to predict the path of a hurricane, only more difficult, because there are a lot of things at play,” said Ralph Reed, chair of the Faith and Freedom Coalition and a longtime ally of Trump.

Reed acknowledged that abortion is only a top issue for a small minority of voters but argued that in many competitive congressional and gubernatorial elections, “it could theoretically be the difference.”

“It’s not necessarily the issue that ranks highest in terms of determining one’s vote, but it still matters in terms of intensity and enthusiasm,” he said.

Among 2022 U.S. Senate races where the issue could be a key factor are those in Pennsylvania, North Carolina, Georgia and Florida.

If the Mississippi ban is upheld, “pro-lifers would be energized,” said Michael New, an abortion opponent who teaches social research at Catholic University of America.

“It would show that the strategy of supporting pro-life candidates for the presidency resulted in a Supreme Court that was sympathetic to legal protections to preborn children,” he said. “Pro-life state legislators in other states would likely pass similar 15-week abortion bans, confident that these bans would also be upheld.”

The Rev. Albert Mohler, president of the Southern Baptist Theological Seminary, said he was optimistic the Mississippi ban would be upheld, giving abortion-rights groups a chance to mobilize their supporters with warnings of Roe’s demise while infusing abortion opponents with a new sense of optimism.

“Pro-life voters are looking for progress,” Mohler said. “What serves to deflate the vote of pro-life Americans is frustration at the impression of the lack of progress.”

Mallory Quigley of the Susan B. Anthony List, which seeks to elect anti-abortion candidates, predicted the issue would be a “huge motivator on both sides” going into the midterms.

As far as Republicans, she said, “It’s motivating to see how past electoral choices are impacting policy today and then moving forward, what more is to be done.”

Abortion-rights supporter Kelly Baden of the State Innovation Exchange, a strategy center for state legislators who champion progressive values, said the wave of anti-abortion legislation in Republican-led states “shows how much we’ve already lost and how dire our circumstances already are.”

“But we have the power to take it back,” she said. “If and when the courts let us down, we can and must show up at the voting booth.”

Newsom’s Income Went Up in 1st Year as Governor