By the time Taylor Ounesavath entered Fresno State in the fall of 2019, she had already completed 12 units thanks to Advanced Placement courses and dual enrollment courses she took at Fresno City College while she was still in high school. What she did next is something of an anomaly.

She attributes her drive and determination to years of playing sports throughout her life, including gymnastics and lacrosse at Edison High School.

Toward the end of her first semester at Fresno State, Ounesavath began mapping out her academic journey. She realized that if she pursued at least 12 to 20 units each semester, in addition to taking 12 units of consecutive winter and spring intercessions of general education courses, she could complete her bachelor’s degree in just two years.

“Coming out of high school, I was definitely not planning on graduating early, and at that point, I wasn’t even a huge fan of school,” Ounesavath said with a laugh. “But I did very well my first semester at Fresno State, which made me excited to continue taking classes during winter intersession. And once I learned that I could graduate in two years, I challenged myself to make it happen.”

Ounesavath exceeded her challenge and will graduate Friday, with her bachelor’s degree in health science (with an emphasis in community health) — two years ahead of schedule with a 3.82 GPA. And, she’s only 19.

Figured Out Early on What Classes She Needed

Ounesavath said organization was key. During her first semester, she figured out which courses she needed to graduate.

“The most units I’ve taken at one time was 22, and right now I’m taking 17,” Ounesavath said with a humble, but self-assured confidence. “But it was a lot of work.”

She attributes her drive and determination to years of playing sports throughout her life, including gymnastics and lacrosse at Edison High School in Fresno, where she now works as an assistant lacrosse coach. After years of competitive play, Ounesavath said she suffered from multiple concussions that ultimately affected her in the classroom. Her grades dropped as a result, but her tenacity grew stronger than ever.

“After years of academic and personal struggles the last two years of high school, I wanted to prove to myself that I am smart and capable of anything I set my mind to,” Ounesavath said.

She was in the middle of her second semester when the pandemic hit in March 2020, which meant a majority of Ounesavath’s courses were entirely online. She said that presented an added challenge, but she did not let that deter her goals. In fact, it gave her even more motivation to accelerate her education.

Ounesavath joins a proud family legacy of Bulldogs alumni, including both her parents, three aunts, one uncle, and three cousins.

“What Taylor has accomplished is very rare,” said Robert PageSmith, academic counselor and coordinator of the College of Health and Human Services’ Advising and Career Development Center. “I’ve been a counselor at Fresno State for 15 years and have only seen one other student complete their degree in two years. The significance of this is that Taylor is launching into her career and post-secondary education at a very young age. This is not done very often and it is quite an accomplishment for someone to graduate in four years, let alone two.”

In 2015, the California State University system launched Graduation Initiative 2025, a plan to increase graduation rates among the CSU’s 23 campuses, eliminate equity gaps in degree completion and meet California’s future workforce needs. Ounesavath is just one example of how Fresno State is progressing toward its 2025 goal of achieving a four-year graduation rate of around 35%.

Pursuing a career in the medical field has long been top of mind for Ounesavath. While at Edison High, she participated in the biomedical pathway and was a student athletic trainer. When completing her roadmap at Fresno State, Ounesavath specifically chose public health courses that could serve as prerequisite courses for her next goal — obtaining her master’s degree in cardiovascular perfusion. 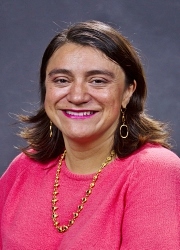 “The training Taylor has received in public health will empower her as a community advocate and in her future profession as a perfusionist. Her accomplishments are an example of dedication, hard work, and commitment to education. We are so proud of her.” —  Dr. Helda Pinzon-Perez, Fresno State health professor and Ounesavath’s adviser

Across the U.S., there are less than 20 academic programs that specialize in training perfusionists, health care professionals who operate the heart-lung machine during open-heart surgery. Ounesavath hopes to be one of several hundred nationwide admitted into a master’s degree program. But first, she plans to expand her health care knowledge, working as an EMT.

“The training Taylor has received in public health will empower her as a community advocate and in her future profession as a perfusionist,” said Dr. Helda Pinzon-Perez, a professor in the Department of Public Health and Ounesavath’s adviser. “Her accomplishments are an example of dedication, hard work, and commitment to education. We are so proud of her.”

Ounesavath joins a proud family legacy of Bulldogs alumni, including both her parents, three aunts, one uncle, and three cousins. She said her connection to the campus runs strong, and she will always be grateful for her time at the university.

“Fresno State gave me so many opportunities that I will always remember, but above all else, the university gave me the resources needed to be one step closer to my career goal.”

The Latest: Israeli Police Call Curfew on Lod After Clashes