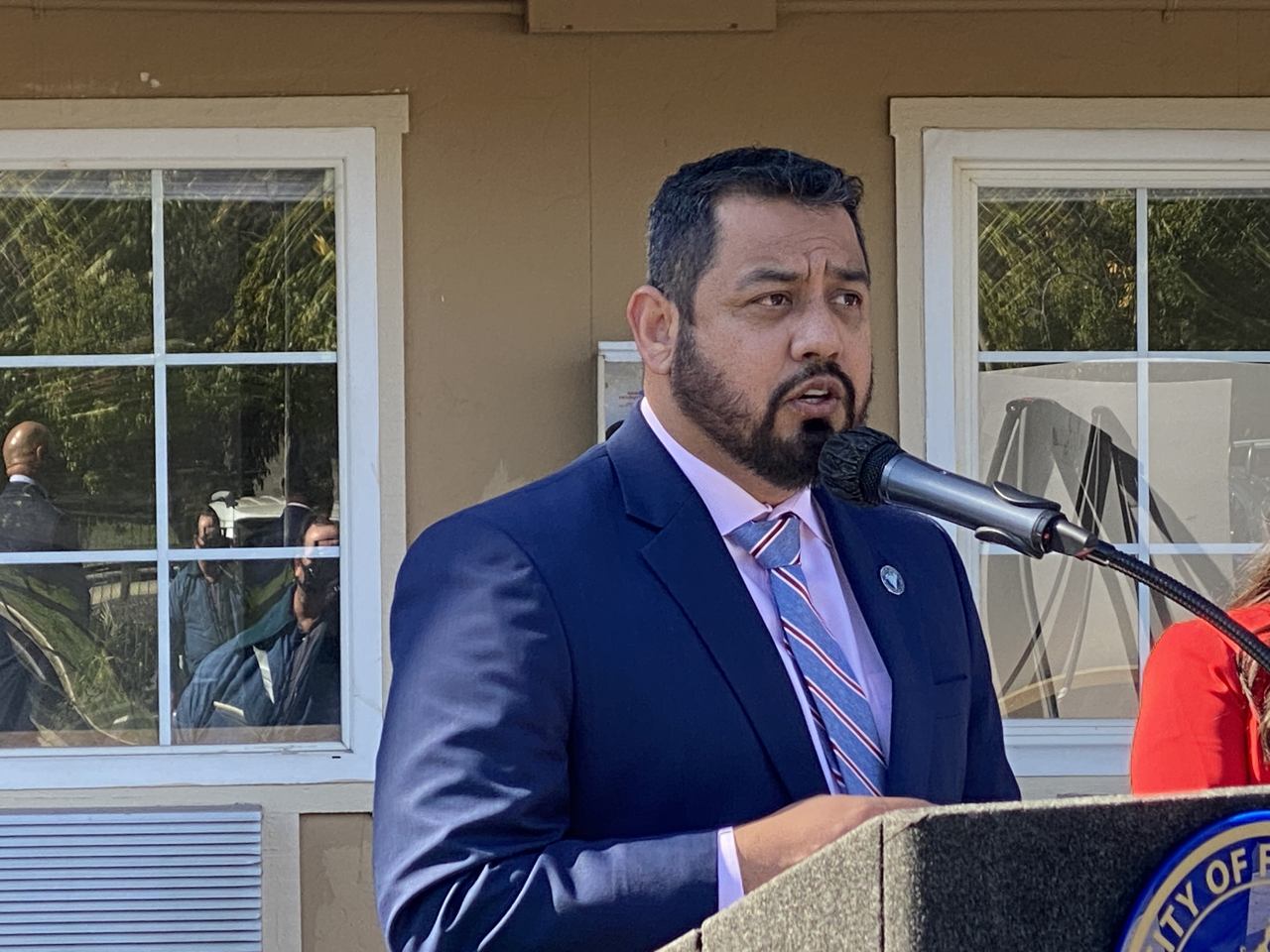 City Councilmember Miguel Arias has renewed his concerns about a Fresno police officer’s alleged affiliation with a hate group.

Social media watchdogs spotted the off-duty officer, Rick Fitzgerald, at a Tower Theatre protest last Sunday and tied him to other protests where he appeared to wear Proud Boys garb.

The Fresno Police Department placed Fitzgerald on paid leave later in the day. Fitzgerald is accused of being a member of the far-right Proud Boys, a group that some say espouses hate.

The Fresno councilman once again called for an independent investigation in addition to a police internal affairs probe.

“It is morally reprehensible to have any rank and file officer as a member of a hate group, and it is a legal and financial liability to our taxpayers already burdened with millions of dollars in losses. We have the responsibility to protect the integrity of our police department and the trust it has built in our community,” Arias said at Thursday’s council meeting.

“Councilman Arias is within his right to request an investigation,” Wilson said.

Fitzgerald Once a Proud Boy

“If our increasingly black and brown city is to maintain the trust in law enforcement, we must let them know clearly that we will root out hate groups from our ranks if our department is to be successful in recruiting minority officers,” Arias said. “We must be clear about who will work alongside them.”

Fitzgerald was spotted across the street from Sunday’s event — a weekly occurrence of demonstrators opposed to the sale of the Tower Theatre to a church. While opposing groups — including those dressed in Brown Berets and Proud Boys clothing — verbally clashed with each other, Fitzgerald stayed away. He was wearing a shirt emblazoned with a “Sons of ’76” logo representing a Fresno-based “patriot” group.

Wilson has a meeting with Fresno Police Chief Paco Balderrama next Wednesday. Even though the agenda was short for the Fresno Planning Commission’s meeting on Wednesday — only two items were scheduled — no projects were discussed.

That’s because a bad web link posted on the agenda prevented the public from participating via Zoom. The items were tabled the meeting lasted 20 minutes.

“Someone must have linked it incorrectly,” Gavin Haubelt, the city’s IT professional, said succinctly.

Assemblyman Rudy Salas, D-Bakersfield, believes the future of money is in cryptocurrency.

According to Salas’ most recent financial disclosure, he invested between $10,001-$100,000 in both Bitcoin and Ethereum.

“I have always been interested in new technology, so it was an easy decision to invest a little in Bitcoin when cryptocurrency started picking up steam several years ago. With so much of our lives linked to the digital world, I’m excited to see where the crypto industry heads in the future,” Salas told Politics 101.