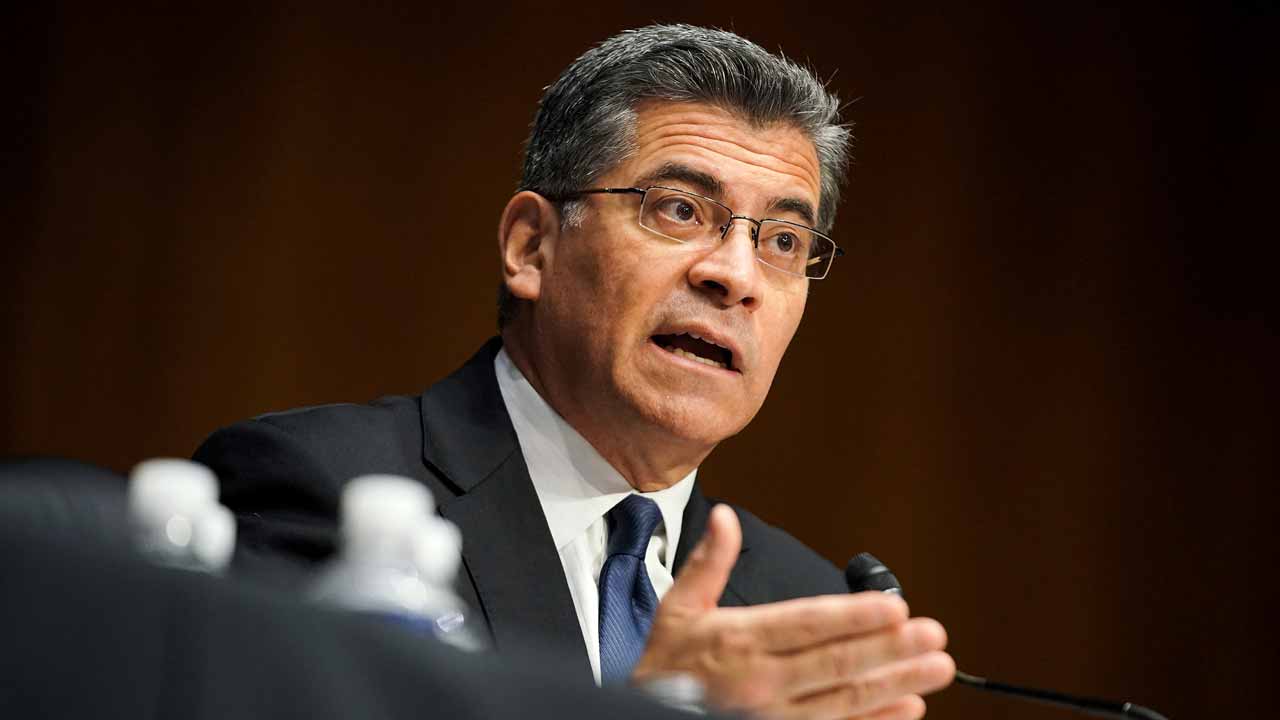 Becerra has been California’s attorney general since 2017. He sued the Trump administration 124 times on a range of policy issues, earning the ire of conservatives. Before that he represented a Los Angeles-area district in the U.S. House for 24 years. A lawyer, not a doctor, his main experience with the health care system came through helping to pass the Obama-era Affordable Care Act and defending it when Donald Trump was president.

“I understand the enormous challenges before us and our solemn responsibility to be faithful stewards of an agency that touches almost every aspect of our lives,” Becerra said recently at his confirmation hearing. “I’m humbled by the task, and I’m ready for it.” He comes from a working-class Mexican American family; his father was in road construction and his mother was a secretary.

Leading Republicans have dismissed Becerra as unfit. But the American Medical Association and the American Hospital Association supported his nomination. A powerful drug industry lobby, the Pharmaceutical Research and Manufacturers of America, congratulated Becerra on his confirmation and said it looks forward to a collaborative working relationship.

But to Senate Republican leader Mitch McConnell of Kentucky, “the distinguishing feature of this nominee’s resume is not his expertise in health, medicine, or administration — that part of the resume is very brief. What stands out are Mr. Becerra’s commitment to partisan warfare and his far-left ideology.”

Becerra was reliably liberal in nearly a quarter-century in the House, but he was not seen as a left-wing firebrand. His issues were education, immigration and equal treatment for minorities. His profile was of a low-key insider who could work with Republicans.

The Biden administration’s COVID-19 response is already in high gear, directed out of the White House. Biden has signed his $1.9 trillion relief bill into law and agencies are making announcements almost daily. But having a health secretary in the mix will make a big difference, said Kathleen Sebelius, who led HHS during much of President Barack Obama’s administration.

“Many of the assets that will be important to this effort are in HHS, and he’ll have the key coordinating role within the department,” Sebelius said. “It adds a force multiplier and expertise to the efforts already under way.”

Core components of HHS are the boots on the ground of the coronavirus response.

The Food and Drug Administration oversees vaccines and treatments. Much of the underlying scientific and medical research comes from the National Institutes of Health. The Centers for Disease Control and Prevention takes the lead containing the spread of the virus and developing guidance to safely reopen schools and offices. The Centers for Medicare and Medicaid Services provides insurance coverage for more than 1 in 3 Americans, including vulnerable seniors, as well as many children and low-income people.

Becerra also will also be the point man on Biden’s health care agenda, which includes insurance for all Americans, deputizing Medicare to negotiate prescription drug prices and tackling persistent racial and ethnic disparities in the health care system. Prescription drugs and health insurance will lead to major legislative battles. Democrats may have to go it alone and again use the special budget maneuver they relied on to muscle the COVID-19 relief bill through the Senate without Republican support.

Leslie Dach, a former senior adviser at HHS in the Obama administration, said Becerra appears poised to take advantage of a shift in the politics of health care.

“It’s a different time and it’s a time of tremendous opportunity in health care,” he said. “Whereas the Obama years were against a backdrop of tough politics and a (health care) law that still had to earn its stripes, he enters with a proven and popular law, an issue that won for the Democrats.” Dach now leads the advocacy group Protect Our Care, which pushes to expand coverage.

Confirmation a Defeat for Religious and Social Conservatives

Becerra’s Senate confirmation was a defeat for religious and social conservatives who worked to derail him over his support for abortion rights. During his confirmation hearings Becerra tried to play down the issue, acknowledging Americans have deeply held differences on abortion and assuring senators that he would follow the law. The law says abortion is legal but also that taxpayer money cannot be used to pay for abortions except in cases of rape, incest or to save the life of the woman.

On the Senate floor Thursday, Republicans mostly closed ranks against Becerra. But during committee hearings several indicated a willingness to work with on prescription drugs, rural health care and other matters.

“Although there are issues where I strongly disagree with Mr. Becerra, I believe he merits confirmation as HHS secretary,” said Sen. Susan Collins, R-Maine, who did vote for him. “I look forward to working with the department to achieve bipartisan results on behalf of the American people.”