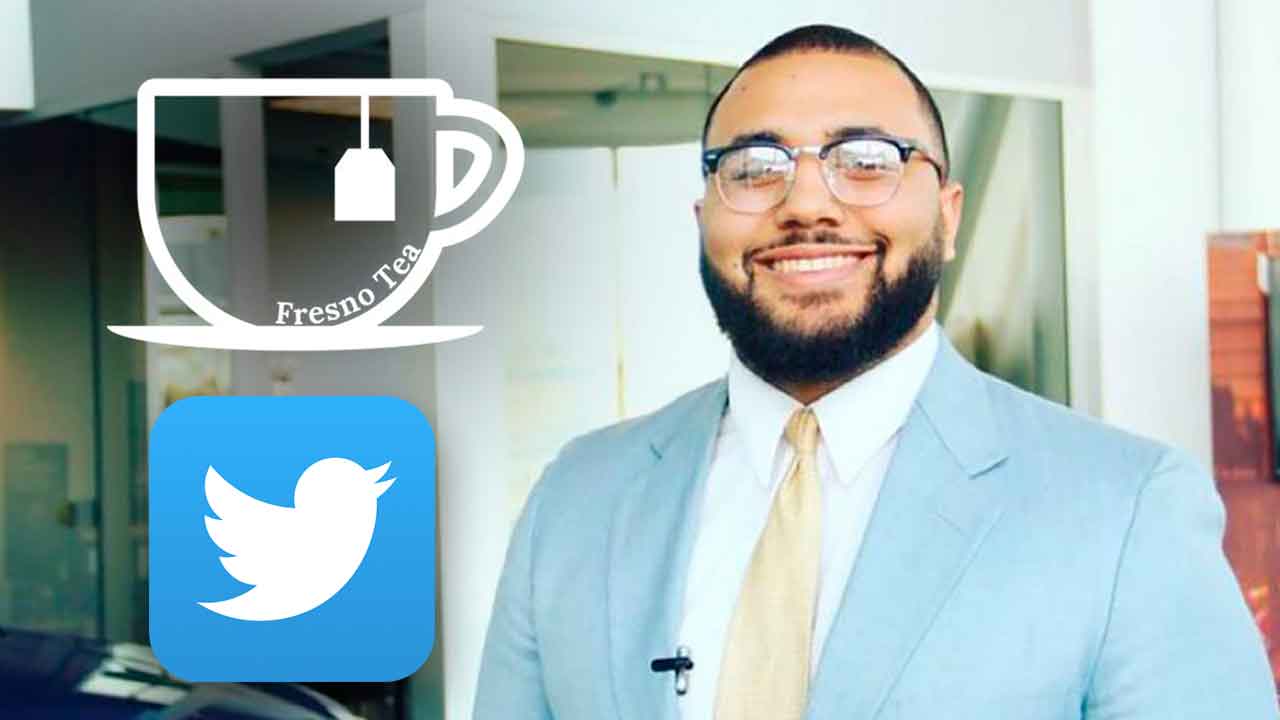 The Fresno Tea handle on Twitter has delivered a steady stream of political satire since July 2019, lampooning the left, the right, and journalists, too.

The true identity of the person spilling the tea to 4,600 followers had been a mystery, debated by local news reporters and many others. Now, the man behind the keyboard has publicly claimed ownership.

He is Mallik Williams, an avid political observer from Fresno who recently moved away. Williams says he also plans to move away from satire on the site.

“My mother is very upset with me. Let’s say that one. She had no idea.” Williams said. “I would need a place to come back home to.”

His mother was the inspiration for creating the Twitter handle.

“She was involved in (politics). I think I just saw the comedy behind it. And just Fresno needed some humor behind the the politics of what goes on,” Williams said.

Thank you everyone for 2 years of constant love and support. pic.twitter.com/bKIv5pinm4

At least Williams had the sense to spare his mom from the Tea’s satire. She may have been the only local figure to be passed over.

Williams said his own political views were reflected in the Fresno Tea feed.

“I’m definitely more of a left-leaning person. But even the left side, I would say Democrats even do some things that are quite comical,” Williams said.

The Tea often featured images of former Fresno police chief and current mayor Jerry Dyer as the Terminator, with robotic features and all. Fresno councilmen Garry Bredefeld and Miguel Arias were also targets of the Tea’s graphic artistry.

Williams did seem to have an insider view of Democratic politics, often alluding to interparty scandals. He said his knowledge was more of a function of paying attention than having special access.

“Inside information or what people really share on social media? And it’s just kind of just jokes and fun,” Williams said.

While he created the graphics himself, he says he received help from one or two friends for jokes.

The Future of the Tea

Williams felt motivated to lift the veil after being mentioned by KSEE-24’s Alexan Balekian during his “Sunday Morning Matters” show.

“I was, like, to my friends, ‘should we, should I say who it is now?’ And they’re like, ‘Yeah, why not? Who cares?’ I finally realized I was going to do it because I moved. So I can’t keep up with local politics anymore,” Williams said.

Williams moved to Santa Cruz to help manage a family dog grooming business. He says he won’t be able to follow Fresno politics as closely.

He plans to use the Twitter handle to highlight positive news in the community.

A future in journalism or comedy are not part of the plan.

“I’m really bad at journalism because my grammar is not very great,” Williams said. “Comedy? It’s a long lost dream for me to be a stand up comedian, but we’ll see one day.”

Nor does Williams know the identity of another local— albeit dormant — satirical Twitter, the Fresno Raisin.

“I try not to ask questions I don’t want the answers to,” Williams said.