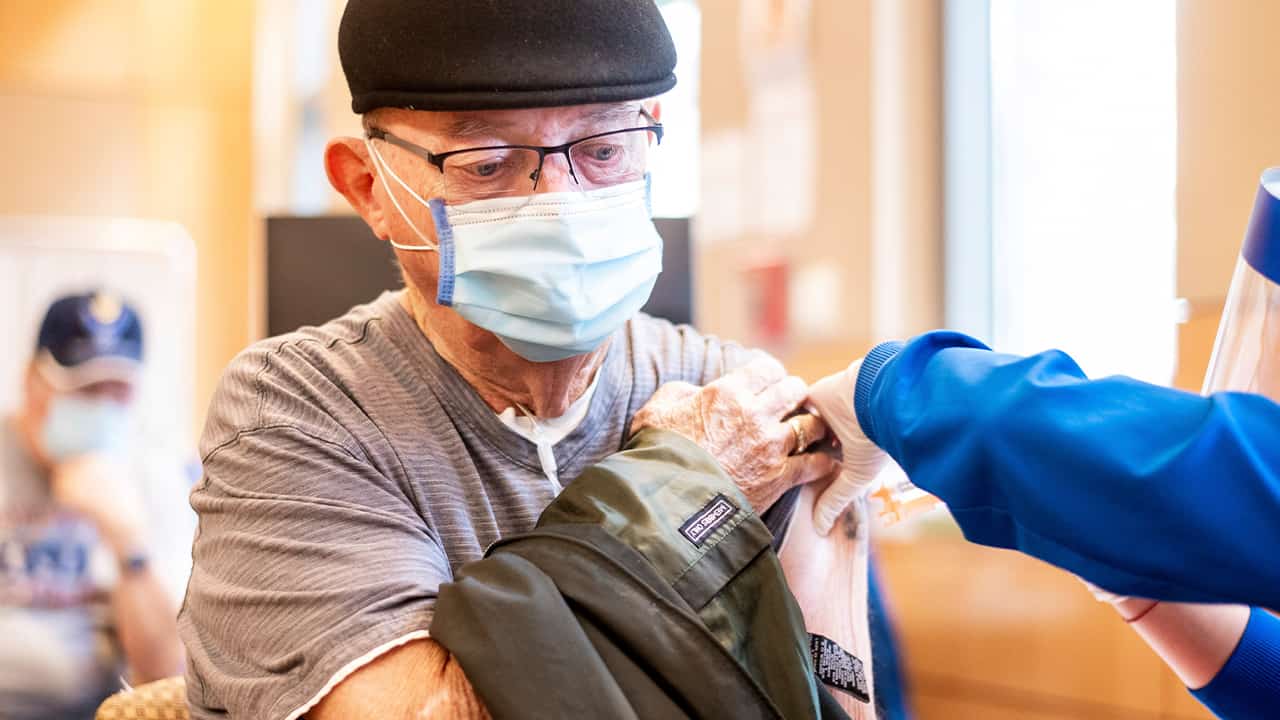 California continues to change up its coronavirus vaccine system with its top health officer on Tuesday suggesting revisions to who’s next in line for still-scarce doses as officials put together a still-murky statewide distribution and data collection system aimed at ensuring speed and equity.

The state of nearly 40 million residents has administered more than 3.5 million doses, significantly boosting the daily number of shots it was giving out just weeks ago, said Dr. Mark Ghaly, California’s health and human services secretary, at his weekly briefing.

But it still lags other U.S. states in vaccinations, according to the Centers for Disease Control and Prevention, and desperate residents report ongoing problems trying to schedule an appointment as state officials attempt to craft a system that protects the most vulnerable.

“I want to start by talking about this notion that there’s a choice that we have to make between speed in vaccinations and equity,” he said. “It’s not a choice. This is a false choice. We can do both.”

California’s rollout has been bumpy and chaotic, marked by differing county rules and too little vaccine. The Biden administration has pledged to ramp up delivery, and on Tuesday, CVS pharmacies announced it would start inoculating people in some California stores next week.

In response to the slow rollout, officials made the major announcement last week that the state was creating a new, centralized vaccine distribution system led by Blue Shield, the insurance giant. But a letter of intent signed by the state and the company released Monday shows the specifics of the program are still being developed even as state officials had said they hoped to transition to the new system in mid-February.

Dr. Ghaly declined to answer most questions about it Tuesday, saying that Yolanda Richardson, the government official in charge of the program, would brief reporters next week.

The state also released a letter of intent signed with Kaiser Permanente, the hospital system, to open two mass vaccination sites in underserved communities, but locations have not yet been chosen.

The state hasn’t estimated a cost for the services but both companies say they do not plan to make a profit. Both also declined to comment on specifics Tuesday. Blue Shield said it is “finalizing the contract with the state in the coming weeks.”

Currently, the state has authorized health workers, teachers, food and agriculture employees, other first responders and people 65 and older to be inoculated. In a surprise move last week, Gov. Gavin Newsom announced the state would next move to an age-based system, outraging, among others, people with disabilities who had been earlier in line.

In response, Dr. Ghaly on Tuesday said they are “beginning to galvanize around a policy” to be announced later.

But Judy Mark, president of Disability Voices United, is furious that the Newsom administration is “reneging on a promise to ensure that our community is safe,” she said.

Dr. James Kyle, medical director for quality, diversity, equity and inclusion at L.A. Care Health Plan, also has concerns about a system based on age. Such a system might help speed up vaccinations, but it doesn’t acknowledge the need to reach out to some of California’s most vulnerable residents who live in underserved communities of color hard hit by the pandemic, he said.

And he said vaccine hesitancy is a real problem in Latino and Black communities due to the country’s history as well as a general feeling of frustration in lower-income communities that vaccines available now are going to wealthier people.

“There’s this basic, I think, suspicion in minority communities that whatever happens they will be disadvantaged and somewhat cheated out of their opportunity to get vaccinated in a timely fashion, or they’re just afraid to get vaccinated at all,” he said.

“This is a real problem and it is going to take some real, serious messaging, by trusted voices, to convince people that this is the right thing to do.”

In a December report, Orange County health officials said there was a need to encourage women, Black and Latino people and residents in particular cities for vaccination. The findings followed a survey of residents’ attitudes toward vaccination in which about 58 percent said they were willing to be vaccinated.