'This Is Me': Rioters Flaunt Involvement in Capitol Siege 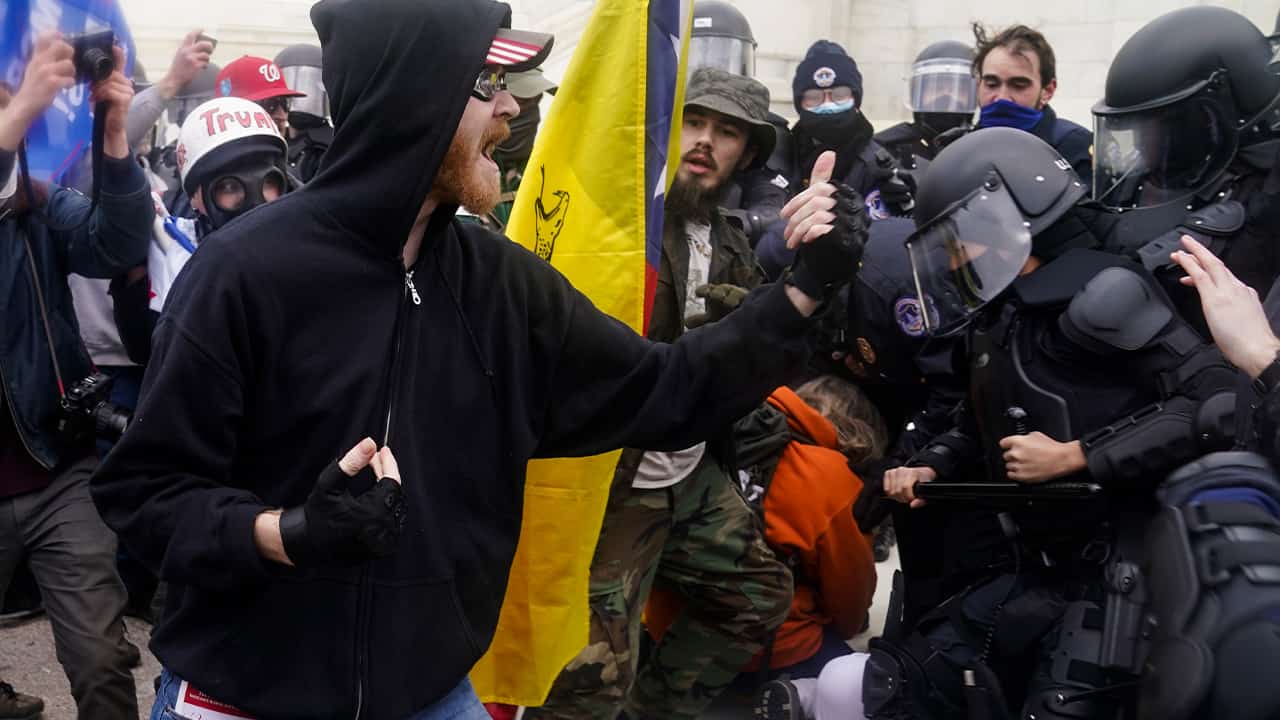 “THIS IS ME,” one man posted on Instagram with a hand emoji pointing to himself in a picture of the violent mob descending on the U.S. Capitol. “Sooo we’ve stormed Capitol Hill lol,” one woman texted someone while inside the building. “I just wanted to incriminate myself a little lol,” another wrote on Facebook about a selfie he took inside during the Jan. 6 riot.

In dozens of cases, supporters of President Donald Trump downright flaunted their activity on social media on the day of the deadly insurrection. Some, apparently realizing they were in trouble with the law, deleted their accounts only to discover their friends and family members had already taken screenshots of their selfies, videos and comments and sent them to the FBI.

Their total lack of concern over getting caught and their friends’ willingness to turn them in has helped authorities charge about 150 people as of Monday with federal crimes. But even with the help from the rioters themselves, investigators must still work rigorously to link the images to the vandalism and suspects to the acts on Jan. 6 in order to prove their case in court. And because so few were arrested at the scene, the FBI and the U.S. Marshals Service have been forced to send agents to track suspects down.

“Just because you’ve left the D.C. region, you can still expect a knock on the door if we find out that you were part of criminal activity inside the Capitol,” Steven D’Antuono, the assistant director in charge of the FBI’s Washington office, said earlier this month. “Bottom line — the FBI is not sparing any resources in this investigation.”

In the last few weeks, the FBI has received more than 200,000 photos and video tips related to the riot. Investigators have put up billboards in several states with photos of wanted rioters. Working on tips from co-workers, acquaintances and friends, agents have tracked down driver’s license photos to match their faces with those captured on camera in the building. In some cases, authorities got records from Facebook or Twitter to connect their social media accounts to their email addresses or phone numbers. In others, agents used records from license plate readers to confirm their travels.

More than 800 are believed to have made their way into the Capitol, although it’s likely not everyone will be tracked down and charged with a crime. Federal prosecutors are focusing on the most critical cases and the most egregious examples of wrongdoing. And they must weigh manpower, cost and evidence when charging rioters.

A special group of prosecutors is examining whether to bring sedition charges against the rioters, which carry up to 20 years in prison. One trio was charged with conspiracy; most have been charged with crimes like unlawful entry and disorderly conduct.

Many rioters posted selfies inside the Capitol to their social media accounts, gave interviews to news outlets describing their experience and readily admitted when questioned by federal investigators that they were there. One man created a Facebook album titled “Who’s House? OUR HOUSE” filled with photos of himself and others on Capitol grounds, officials said.

“They might have thought, like so many people that work with Trump, that if the president tells me to do it, it’s not breaking the law,” said Michael Gerhardt, an expert on impeachment and professor at the University of North Carolina School of Law.

Others made blunders, like a Houston police officer, who denied he went into the Capitol, then agreed to let agents look at the pictures on his phone. Inside his deleted photos folder were pictures and videos, including selfies he took inside the building, authorities said. Another man was wearing a court-ordered GPS monitor after a burglary conviction that tracked his every movement inside the building.

A retired firefighter from Long Island, New York, texted a video of himself in the Capitol rotunda to his girlfriend’s brother, saying he was “at the tip of the spear,” officials said. The brother happened to be a federal agent with the State Department’s Diplomatic Security Service, who turned the video over to the FBI. A lawyer for the man, Thomas Fee, said that he “was not part of any attempt to take over the U.S. Capitol” and that “the allegation is that he merely walked through an open door into the Capitol — nothing more.”

Another man who was inside the Capitol was willing to rat out another rioter who stole House Speaker Nancy Pelosi’s lectern and emailed the video to an FBI agent, even signing his own name to it. “Hello Nice FBI Lady,” he wrote, “Here are the links to the videos. Looks like Podium Guy is in one of them, less the podium. Let me know if you need anything else.”

In another case, a man was on a flight leaving D.C. two days after the riot when he kept shouting “Trump 2020!” and was kicked off. An airport police officer saw the man get off the plane and the man was booked on another flight. Forty-five minutes later, the officer was watching a video on Instagram and recognized the man in a group of rioters. The man, who was wearing the same shirt as the day he stormed the Capitol, was arrested at the airport, authorities said.

Even defense attorneys have acknowledged that the evidence poses a problem for them.

“I’m not a magician,” said an attorney for the man seen in a photo carrying Pelosi’s lectern. “We’ve got a photograph of our client in what appears to be inside a federal building or inside the Capitol with government property.”

Police at the Capitol planned only for a free-speech demonstration and were overwhelmed by the mob that broke through and roamed the halls of the Capitol for hours as lawmakers were sent into hiding. Five people died in the melee, including a Capitol police officer who was struck in the head with a fire extinguisher.

Trump was impeached after the riot on a charge of “inciting violence against the government of the United States.” Opening arguments will begin the week of Feb. 8. He is the first president to be twice impeached and the first to face a trial after leaving office.

Unlike criminal cases, impeachment trials do not have specific evidence rules so anything said and done that day can be used. And several of the people charged have said in interviews with reporters or federal agents that they were simply listening to the president when they marched to the Capitol.