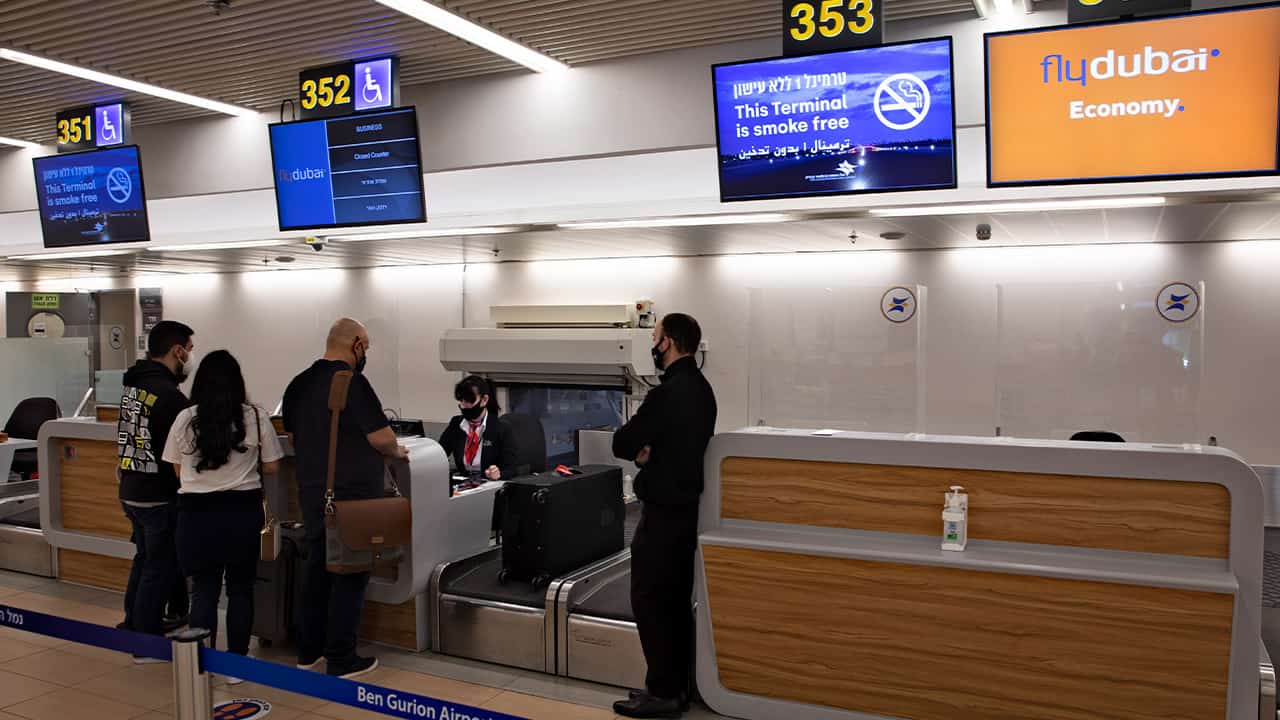 JERUSALEM — The Israeli government on Thursday urged its citizens to avoid travel to the United Arab Emirates and Bahrain, citing threats of Iranian attacks.

Iran has been threatening to attack Israeli targets since its chief nuclear scientist, Mohsen Fakhrizadeh, was assassinated last Friday near Tehran. It accuses Israel, which has been suspected in previous killings of Iranian nuclear scientists, of being behind the shooting.

Israel has not commented on the killing. But Fakhrizadeh has long been on Israel’s radar screen, with Prime Minister Benjamin Netanyahu saying at a 2018 news conference about Iran’s nuclear program: “Remember that name.” Israel accuses Iran of trying to develop nuclear weapons — a charge Iran denies.

In recent months, Israel has signed agreements establishing diplomatic relations with Gulf Arab states of the UAE and Bahrain — its first normalization deals with Arab countries in a quarter century.

The agreements, brokered by the Trump administration, have generated widespread excitement in Israel, and thousands of Israeli tourists are scheduled to travel to the UAE for the Jewish holiday of Hanukkah this month.

That may change following Thursday’s warning.

It also advised against travel to Georgia, Azerbaijan, Turkey, the Kurdish area of Iraq and Africa.

Israel’s military is well prepared to deal with the threats of Iranian troops and their proxies in neighboring Syria, Lebanon and the Gaza Strip. Israeli media say the government also has beefed up security at embassies around the world.

But protecting Israeli travelers, conspicuous and spread out at countless hotels, restaurants and tourist sites, represents a different type of challenge.

The Israel Airports Authority Estimates That About 25,000 Israelis Will Fly to the UAE This Month

“This is going to be a nightmare, and I really hope that both governments, UAE and Israel, are coordinating and doing the best they can to safeguard those Israelis,” said Yoel Guzansky, a former Israeli counterterrorism official who is now a senior fellow at the Institute for National Security Studies in Tel Aviv.

“I’m really worried that that something might happen, and especially now because of the context of Fakhrizadeh, because Iran is really looking for revenge,” he added. He spoke before the travel advisory was issued.

The Israel Airports Authority estimates that about 25,000 Israelis will fly to the UAE this month on the five airlines now plying the route between Tel Aviv and the Gulf state’s airports in Dubai and Abu Dhabi. Celebrities, entrepreneurs and tourists already have been flocking to Dubai.

With the coronavirus appearing to be under control in the UAE, it is one of the few quarantine-free travel options for Israelis during the coming Hanukkah holiday vacation, adding to its appeal. At a time when few people are traveling, Israeli visitors speaking Hebrew could be extra conspicuous.

Israel this week also signed a tourism agreement with Bahrain.

Amsalem Tours, an Israeli travel agency, said that there was “very serious” demand for travel packages to Dubai but did not provide specific figures.

Iran and its proxies have targeted Israeli tourists and Jewish communities in the past. Agents of the Lebanese militant Hezbollah group bombed a bus carrying Israeli tourists in Burgas, Bulgaria, in 2012, killing six and wounding dozens. That year, Israel also accused Iran of being behind attacks targeting Israeli diplomats in Thailand and India. Iran and Hezbollah also bombed the Israeli Embassy and Jewish community center in Buenos Aires in 1992 and 1994, claiming the lives of scores of civilians.

Concerns for the safety of Israelis in Dubai also is not without precedent. In 2000, an Israeli ex-colonel was kidnapped by Iranian proxy Hezbollah and held captive in Lebanon until he was released in a prisoner exchange in 2004.

Israel Had Already Had a Travel Warning in Place

Today, Dubai, famous for its glittering shopping malls, ultra-modern skyscrapers and nightlife, is a crossroads for travelers from around the world, including many nations that do not have relations with Israel. Iran maintains a major presence in Dubai, due to historical and current trade ties, and Dubai is believed to be a major station for Iranian intelligence services. The family of a California-based member of an Iranian militant opposition group in exile says he was abducted by Iran while staying in Dubai just a few months ago.

In a possible sign of Emirati security concerns, travel agencies in countries across the Middle East and Africa say the UAE has temporarily halted issuing new visas to their citizens. With tens of thousands of Iranians working or doing business in the UAE, Iran is also among the countries facing the visa restrictions.

Israel had already had a travel warning in place advising citizens against nonessential travel to the UAE. Similar “basic concrete threat” advisories are in place for visiting other Arab states with which Israel has peace treaties. But the language of Thursday’s warning was especially tough.

The UAE, for its part, is known for its strict security. Dubai, home to 3.3 million people in 2019, with just over 3 million of them foreigners, has published major crime statistics that are among some of the lowest in the world.

Before Israelis began arriving, Dubai held a highly publicized drill of a police SWAT team storming a replica metro car in October and suggested facial-recognition technology could be implemented at stations along its driverless track. Experts already believe the UAE has one of the highest per capita concentrations of surveillance cameras in the world, a system that’s only grown amid the coronavirus pandemic.

And despite the recent tensions, Iran may be hesitant to strike on Emirati soil, wanting to maintain its economic interests there. The UAE meanwhile has gone out of its way to say it wants to de-escalate tensions in the region despite its own suspicions over Iranian behavior. It called the killing of Fakhrizadeh a “heinous assassination.”

In an interview before Thursday’s advisory was issued, Pavel Israelsky, co-founder of Salam Dubai, said the boom in his UAE-based Israeli tour operator’s bookings was “significant” ahead of the Hanukkah holiday. While a handful of Israeli clients canceled over security concerns, he said, “I can say that the UAE is one of the most secure places in the world in terms of the resources they invest in security.”

“I don’t think there’s cause for worry,” Israelsky said. “Today, no place is really safe.”

Related Topics:BahrainIsraelUnited Arab Emirates
Up Next

This Jeopardy! Host Dissed Fresno. Who is Ken Jennings?