Some California Counties Winding Down Hotels for Homeless 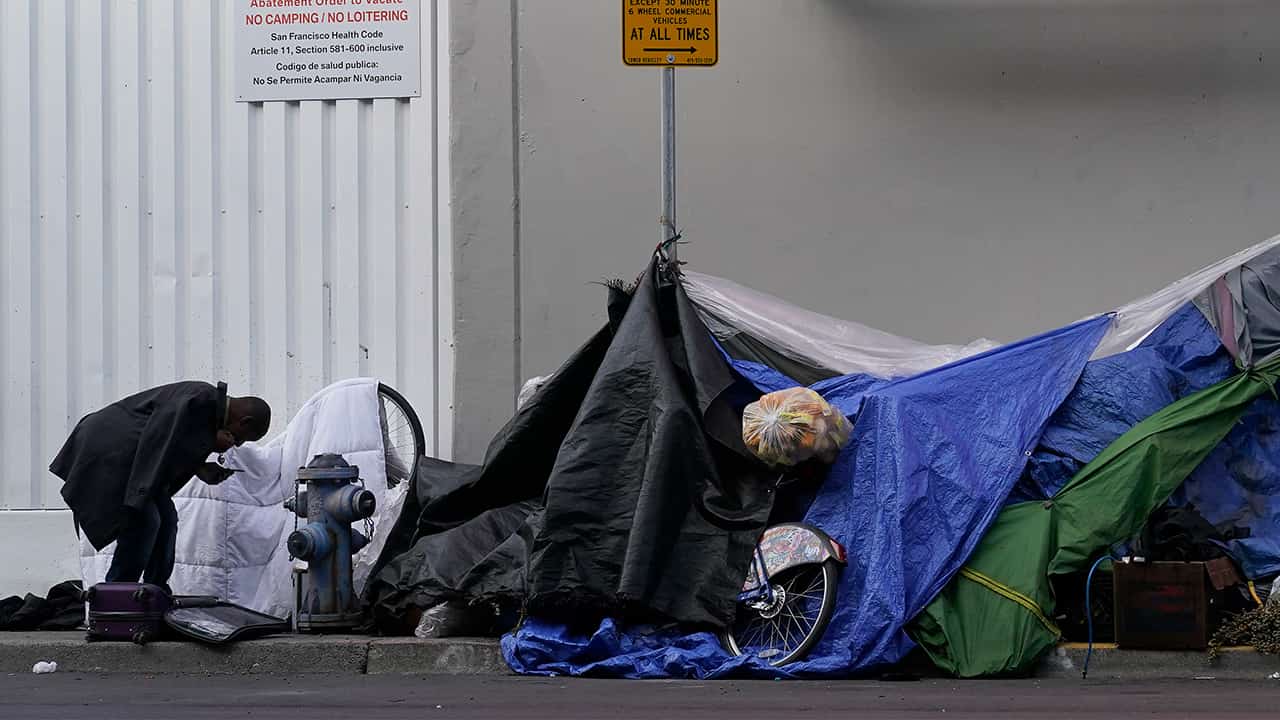 SAN FRANCISCO — Some California counties are pushing ahead with plans to wind down a program that’s moved homeless people into hotel rooms amid the coronavirus pandemic despite an emergency cash infusion from the state aimed at preventing people from returning to the streets in colder weather as the virus surges.

Gov. Gavin Newsom recently announced $62 million for counties to move hotel guests into permanent housing or to extend hotel leases that were part of “Project Roomkey,” which he rolled out this spring as a way to protect some people experiencing homelessness from the virus. The Federal Emergency Management Agency agreed to pick up 75% of the cost.

But counties say that with federal relief funding expiring soon, it’s time to transition residents from expensive hotel rooms to cheaper, more stable housing. Officials hope to offer a place to every resident leaving a hotel, though they acknowledge not everyone will accept it and affordable housing is difficult to find.

California is one of several states, including Washington, that turned to hotels to shelter homeless people as the virus took hold. Homelessness has soared nationwide during the pandemic, and it was already at a crisis level in California because of an expensive housing market and a shortage of affordable options. The nation’s most populated state has by far the highest number of people on the streets, though other places have a higher per capita rate.

In San Francisco, advocacy groups and some officials are outraged by the mayor’s plan to start moving hundreds of people out of hotels around the holidays. They say it’s ridiculous when thousands of people are still sleeping on sidewalks and in cars, and they don’t believe the city can find enough virus-safe housing for 2,300 people living in more than two dozen hotels.

“It makes absolute zero sense. It is outrageous, it’s irresponsible, and it basically tells people experiencing homelessness that you’re not a priority for the city,” Supervisor Hillary Ronen said as she and other leaders announced proposed legislation to slow the move and ensure every resident is offered alternative housing.

The Department of Homelessness and Supportive Housing said in a statement that money from the state will provide “more flexibility and time” but would not say if San Francisco had changed its timeline. The department has said it plans to move homeless people out of all 29 hotels by June.

“We will continue to work with city staff and our service providers to deliver on our commitment to get people housed and ensure no one in our hotels gets moved back on the streets,” the statement said.

An estimated 150,000 people experiencing homelessness live in California, and there are signs that number will only increase with an economy ravaged by the pandemic. Newsom has awarded $800 million to cities and counties to buy hotels and other properties to convert into housing, saying he didn’t want to squander an opportunity to get more people indoors.

At times, connecting homeless people to shelter, work, medical care and social services boils down to finding them in time, and the hotels have been a huge help, advocates say. They say hotel residents have flourished with regular checkups and meals.

“If this were to be taken away from us at this time, it really would be like having a carpet pulled out from under us in a really major way,” said hotel resident Nicholas Garrett, who appeared with the San Francisco supervisors.

Dr. Danielle Alkov spoke of one of her patients, a transgender woman who has blossomed after being brought indoors. But her hotel is scheduled to be among the first to close.

“She’s thriving, she’s engaged in medical care, she’s very future-thinking for probably the first time in a long time, thinking about her career goals, her educational goals,” Alkov said. “The idea of her not having a stable place to go, and losing all the progress that she’s made, would be devastating.”

In Los Angeles, the Homeless Services Authority said nearly 600 people have moved out of hotel rooms and into interim housing, with 62 others in permanent housing. About 3,400 people remain in hotel rooms, and while the agency has received funding from the city to extend leases at several hotels, it will keep moving people into other housing, spokesman Christopher Yee said.

The Hotels Won’t Go Away Entirely

Alameda County, which includes Oakland, hopes to use state money for rental subsidies and to extend leases on hotel rooms but will continue with plans to close five of nine hotels between December and February. Over 1,000 people are in hotels there.

It’s much more cost-effective to use the money “for permanent housing with leases than to continue the hotel program indefinitely,” said Kerry Abbott, director of the county’s Office of Homeless Care and Coordination. And while some people have chosen to return to a shelter, “our goal is to make sure everyone has a housing offer. Most people will take a housing offer.”

The hotels won’t go away entirely. Abbott said the county plans to operate a 98-room quarantine and isolation hotel for six months next year and keep an additional 240 hotel rooms open through 2021 for residents who require the extra care.

By year’s end, Sacramento County plans to close trailers housing 46 people either recovering from the virus or awaiting test results. But county spokeswoman Janna Haynes said shelter hotels will stay open through early next year and nobody will be forced to leave without a place to go.

Even though the program is ending, Abbott, of Alameda County, says people have benefited deeply, with some able to start addressing issues that have kept them out of stable housing.

“Many people have been inside for the first time in a decade or longer, and have stayed inside, and have benefited from a place to stay, the services and the food and even the community our providers have put in place,” she said.