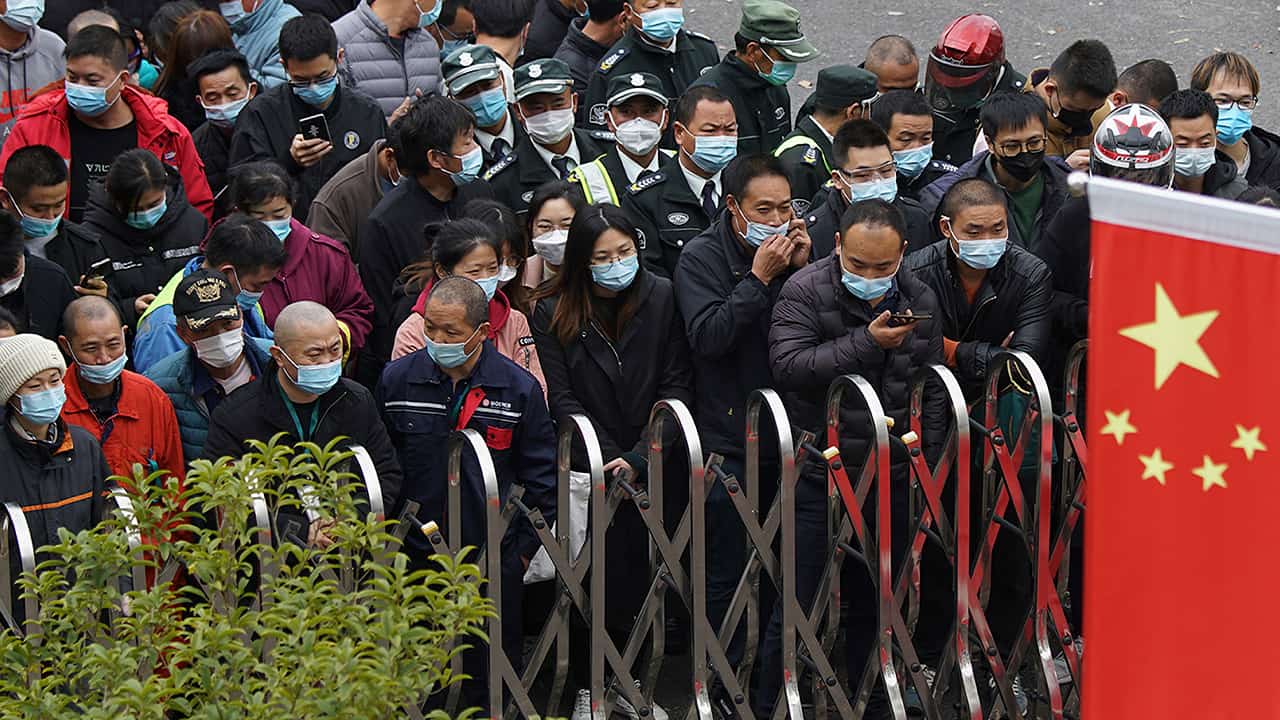 BEIJING — Chinese authorities are testing millions of people, imposing lockdowns and shutting down schools after multiple locally transmitted coronavirus cases were discovered in three cities across the country last week.

As temperatures drop, widescale measures are being enacted in Tianjin, Shanghai and Manzhouli, even though the number of new cases remains low compared to the United States and other countries that are seeing new waves of infections.

Experts and government officials have warned that the chance of the virus spreading will be greater in cold weather. Recent flareups have shown that there is still a risk of the virus returning, despite being largely controlled within China.

On Monday, the National Health Commission reported two new locally transmitted cases in Shanghai over the previous 24 hours, bringing the total to seven since Friday. China has recorded 86,442 cases overall and 4,634 deaths since the virus was first detected in the central Chinese city of Wuhan late last year.

The two latest cases confirmed in Shanghai were close contacts of another airport worker who was diagnosed with COVID-19 earlier in November. On Sunday night, the city’s Pudong International airport decided to test its workers, collecting 17,719 samples through the early hours of Monday morning. Plans call for testing others in surrounding communities if further cases are detected.

Videos on social media purportedly from workers showed what appeared to be chaotic scenes at the airport as they were given last-minute orders to get tested. In the videos, people are seen standing in large groups pushing back and forth against officials in hazmat suits.

Shanghai has been more selective with mass testing, targeting people associated with a particular place, such as the airport or the hospital where someone who has tested positive had worked, rather than an entire district.

In Tianjin, health workers have collected more than 2.2 million samples for testing from residents in the Binhai new district, after five locally transmitted cases were discovered there last week.

China Has Resorted to Its Heavy, Top-Down Approach

In Manzhouli, a city of more than 200,000 people, local health authorities are testing all residents after two cases were reported on Saturday. They also shut down all schools and public venues and banned public gatherings such as banquets.

China has resorted to its heavy, top-down approach each time new cases of local transmission are found — shutting down schools and hospitals, locking down residential communities and entire neighborhoods, and testing millions.

Tianjin authorities shut down a kindergarten and moved all the teachers, family and students to a centralized quarantine space. They also sealed the residential compound where the five cases were found.

China’s approach to controlling the pandemic has been criticized for being draconian. It locked down the city of Wuhan, where cases were first reported, for more than two months to contain the virus, with the local government shutting down all traffic and confining residents to their homes. Domestically, however, China has called its strategy “clear to zero” and has boasted of its success.

“In the entire world, only China has the ability to get to zero. Other countries don’t have this ability,” Zeng Guang, the chief epidemiologist at the Chinese Center for Disease Control and Prevention, said in a webinar hosted by Chinese media in September. “It’s not just getting to zero, even for them to control the first wave of the epidemic is hard.”

“‘Clearing to zero’ is actually the most economically effective way to do epidemic prevention. If you don’t do that, then this problem will get more troublesome,” he said. “Use a heavier hand, and get to zero, then people will feel reassured.”