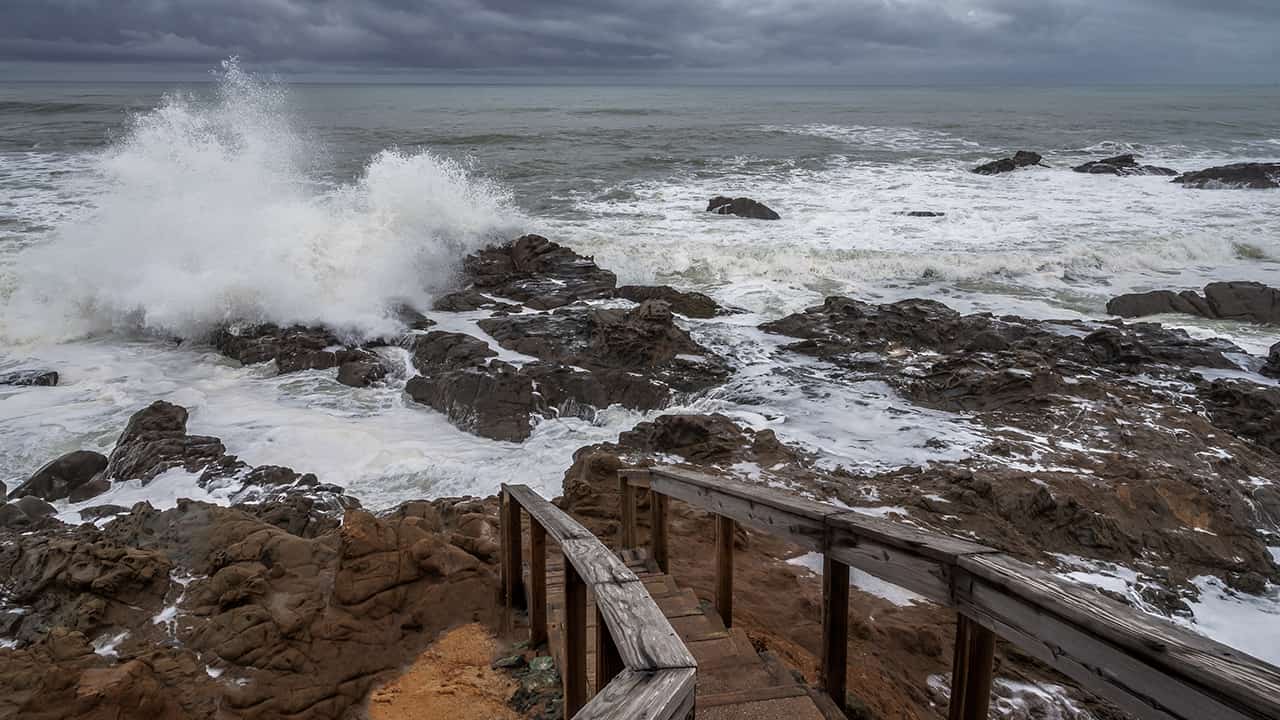 King Tides happen when the sun, moon and Earth are in alignment and the moon is in its closest position to the Earth, creating a stronger gravitational pull. The next King Tides event will occur Dec. 13 to Dec. 15.

Advisories were issued by the National Weather Service for areas north and south of San Francisco and Monterey bays and the on the Big Sur coast. Forecasters said the advisories might be extended through Tuesday morning’s high tide.

In Southern California, a beach hazards statement was issued for the Orange and San Diego county coasts for Monday and Tuesday mornings.

In Huntington Beach on Sunday morning, Todd Miller watched his 17-year-old son, Taj, surf with his friends. While Miller didn’t realize King Tides were expected, his son did and they arrived at the beach two hours later than usual to avoid any potentially dangerous conditions.

Still, the tide brought the ocean “literally halfway up the beach,” Miller said.

The California Coastal Commission has a King Tides Project website to explain the phenomenon.