Joseph Wood went to buy gas in Ventura in anticipation of driving up the coast to visit his children this week. The 39-year-old gig driver knew he had money on a debit card connected to his unemployment payments when his purchase was declined.

Unable to fill up his tank, he found his card was frozen. By the time it unlocked Monday, $1,380 had disappeared.

In what appears to be the latest problem at the besieged state Employment Development Department, unemployed Californians say their accounts are being erroneously frozen, leaving them unable to access a financial lifeline amid the pandemic. Reports surfaced last week and continued over the weekend with beneficiaries reporting their Bank of America accounts — where benefits are deposited and spent — frozen, closed or drained of money.

Amid a backlog of 1.6 million unprocessed claims, angry lawmakers and out-of-work residents, California’s unemployment agency placed a two-week pause on new claims to implement an automatic identity-verification tool to speed up processing times. The move was among a list of recommendations from Gov. Gavin Newsom’s strike team to improve call center service and outdated technology. To date, more than 13 million claims have been filed and the agency has doled out about $94 billion in benefits.

Now as the department resumes full operation with a new identity verification system, a new issue has emerged: people can’t get their money out.

The $1,380 that disappeared for Wood looked familiar. It’s the same amount he lost to a Burbank fraudster and then had returned by EDD this summer. 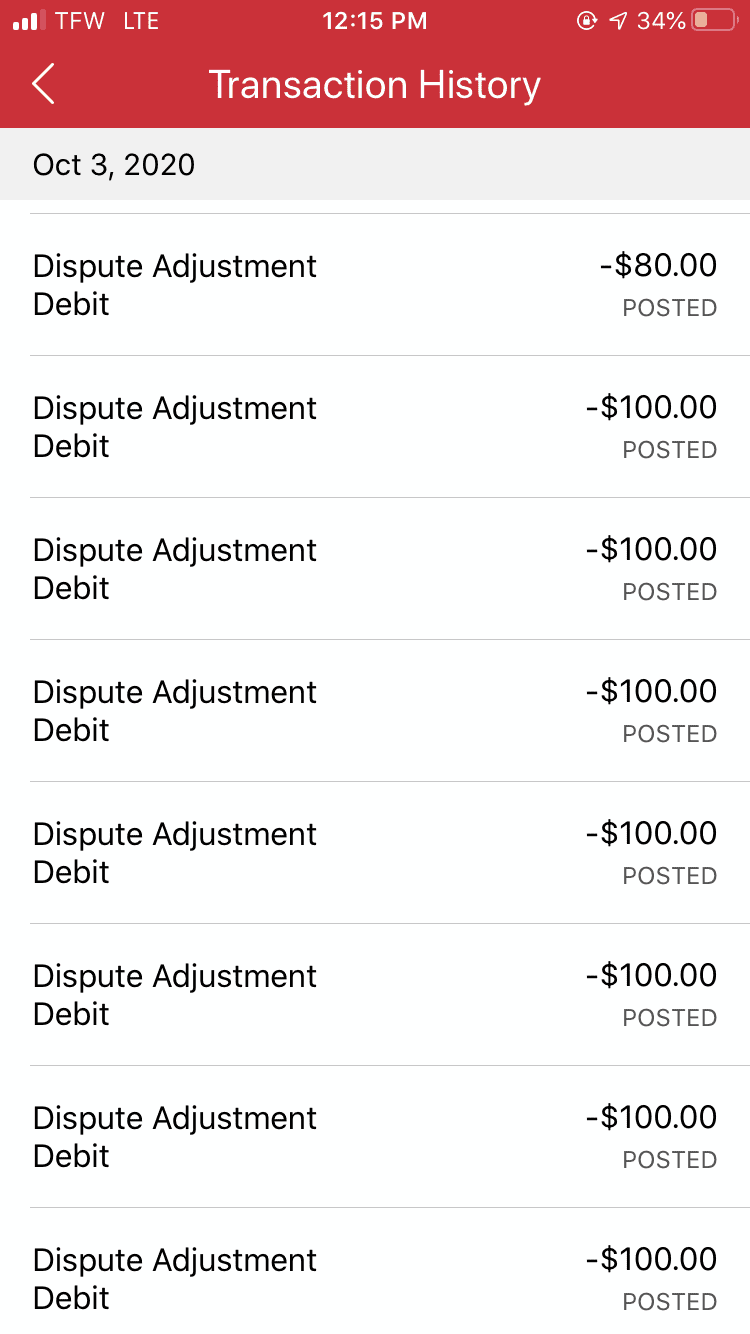 A screenshot of money being taken from Joseph Wood’s account. (Courtesy of Joseph Wood.=)

Over the weekend, he shuttled back and forth between the department and Bank of America, the bank contracted by the state to issue debit cards, each side deferring to the other about the freeze and the disappearing cash — labeled “Dispute Adjustment.” Wood uploaded more documents to reverify his identity, but the money is still missing, and he can’t get clarity from either group.

“I’m incredibly frustrated,” he said. “I was supposed to go up and pick up my kids on Monday, but I couldn’t.”

The department seems to be freezing accounts first and asking questions second.

The state stated that extra steps were necessary to vet claims amid reports of fraud. But legitimate claimants appear to be caught up in the verification process, leaving them with few answers and no way to access money already dispersed to them.

One Sacramento TV station, KCRA, obtained a script that some EDD employees were given to help answer questions about the situation. It tells callers that they will receive an email, text, or notice in the mail within five to seven days of their account being frozen.

The agency, which didn’t respond to a request for comment, is expected to provide an update at a legislative oversight hearing today.

To complicate matters, President Trump on Tuesday tweeted ending talks with congressional Democrats on another coronavirus stimulus package before the election. He later tweeted he would support funding stimulus checks, small businesses and airlines. Without additional aid to state and local governments as well as the unemployed, it dashed hopes of extending a $600 weekly federal boost that expired in July.

Money Missing With No Warning

Jesika, whose last name is not being published for worries about finding a new job, has been receiving Pandemic Unemployment Assistance — the benefits aimed at contract and gig workers — sporadically throughout the year. The Glendale resident checked the balance in her account on Thursday: around $1,500. The next day, she started seeing Facebook posts about cards being locked, and she tried to check her account again.

A series of weekend calls did nothing to clear things up. Bank of America first told Jesika the state had closed her account due to fraud, then told her all they could see was a freeze. One EDD representative told her she must have mistyped her password multiple times. Another told her she needed to reverify her identity. A third said her account had been frozen because of a flag.

She was frustrated that her money could be blocked with no warning.

“I get where they have to verify,” Jesika said. “Send a text message and say, ‘Hey,’ or an email, ‘You have 10 days to comply or your ATM card is going to get blocked.’ What if I had no other cash or means for the weekend?”

The professional caregiver, who has lost her car and is now on the brink of bankruptcy, has struggled with the EDD for months. Rarely do the benefits come easy; she says it feels like her new job is trying to reach the department over the phone.

After a weekend of calls and scanning old documents to reverify her identity, the account did reopen and Jesika was able to make withdraws Monday.

The agency is being overwhelmed by the volume of unemployment filings in the coronavirus recession — and recent fraud is adding to that strain.

Schemes to defraud the system and identity theft have bloomed across the state. These are not victimless crimes, Jessica Bartholow of the Western Center on Law and Poverty points out — Californians whose identities are used by scammers can be blocked from their own deserved benefits.

At the same time, the freezing of accounts seems to fly in the face of a recommendation in the strike team’s report: the agency shouldn’t allow anti-fraud practices to prevent timely access to benefits.

Bartholow said that even if funds aren’t available for a few days, payment fees and overdraft charges can stack up, on top of the stresses for unemployed Californians looking to access their money.

“There are monetary costs,” Bartholow said, “and there are real and tangible harmful impacts to people.”

CalMatters reporter Lauren Hepler contributed to this report. This article is part of California Divide, a collaboration among newsrooms examining income inequity and economic survival in California.

Stephen Council is working as an Audience Intern this summer and is a rising junior at Northwestern University’s Medill School of Journalism.