After complaints about the revelation that a report reviewing a police excessive force incident was purposely withheld, the city of Fresno announced that report will be made public next week. 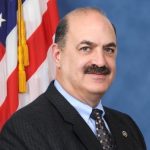 During a January 2019 police raid at a Fresno apartment complex, police body camera video appeared to show an officer continually punch then 17-year old London Wallace. That footage was released, and the officer revealed to be Christopher Martinez, after Wallace filed a suit later that year.

Video of the incident can be found at this link.

Fresno’s independent police auditor, John Gliatta, told a subcommittee of the Commission on Police Reform during a Sept. 16 Zoom meeting that he finished his report in May. But, he didn’t include it in his July quarterly report.

“I internally decided not to put it out because I knew the city, the community had some very fragile emotions going on. And I didn’t think it would help matters by putting this up because I contradict what the PD came up with,” Gliatta told the group.

Related Story: Dyer ‘Concerned’ About Officer’s Use of Force on Juvenile

Instead of waiting for the October quarterly report, the city says Gliatta’s findings will be released next week.

“In order to address public comments over the issue of transparency, I have consulted with our Independent Reviewer and he has agreed to publish a special supplement to the 2020 2nd Quarter Office of Independent Review report outlining his review of the London Wallace incident,” City Manager Wilma Quan said in a news release. “We both felt this was the best course of action to provide clarity and to satisfy concerns from not only the public but from our elected officials.”

Council, Public Sounded Off on Gliatta

“I think he probably made a mistake in not releasing something that should have been released,” Councilman Garry Bredefeld said. He also called Glaitta “a man of integrity.”

Some members of the public, including Gloria Hernandez who is on the reform commission, called for Gliatta to resign.

Quan, in her statement, explained it will take a few days for the report’s public release.

“As with all OIR reports, documents cannot be released without a review by our legal counsel to ensure that both the rights of the complaining party and the officers involved are protected.  This due diligence is necessary to protect the City of Fresno from further liability and with this process in mind, the report will be released no later than the end of next week.  This is a unique situation and future releases will conform to the normal quarterly OIR report schedule,” Quan said.

During Gliatta’s appearance with the reform subcommittees last week, he also said that the police finished their internal investigation around the same time he finished his.

The police internal report has not been made public. Gliatta did not reveal what discrepancies he had with the police report.

Warren Paboojian, attorney for London Wallace, says he has not received a copy of the report either.

Wallace’s case is ongoing at the federal courthouse. The case is still in the discovery stage.