Iran Strikes Defiant Tone at UN Under Crushing US Sanctions 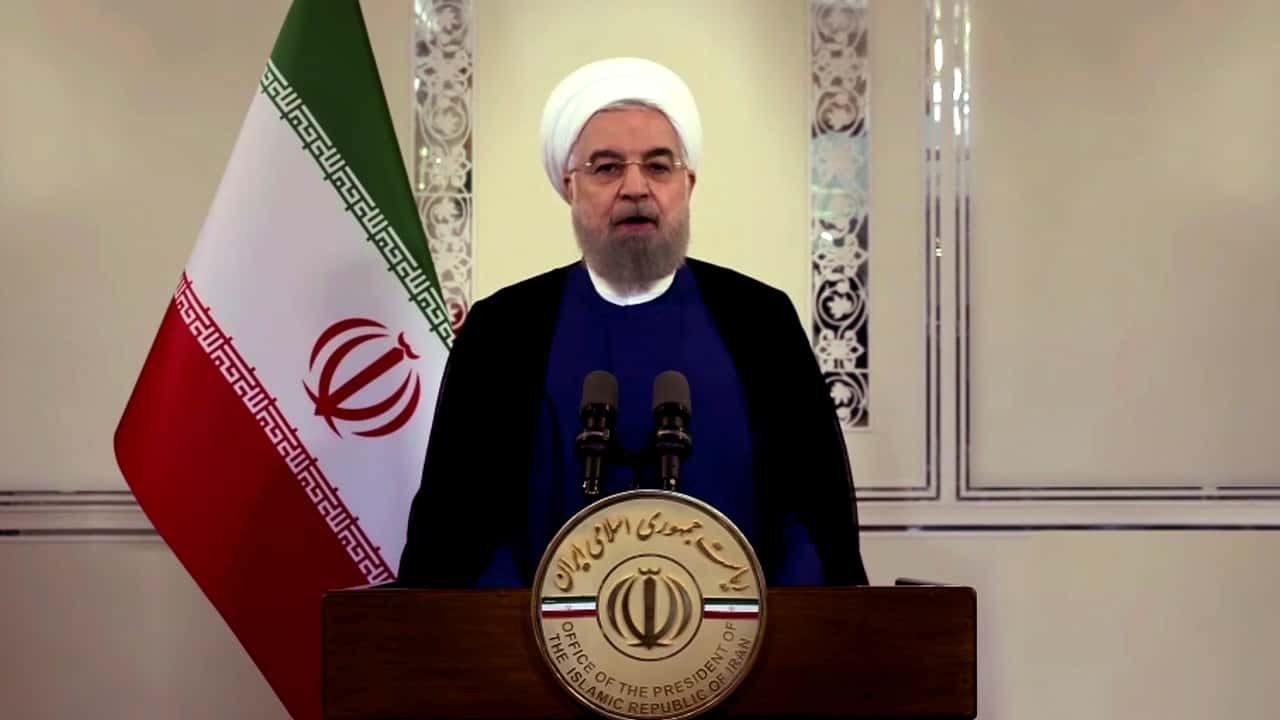 DUBAI, United Arab Emirates — Iranian President Hassan Rouhani delivered a defiant and fiery speech Tuesday to the U.N. General Assembly as his nation grapples with the Middle East’s worst coronavirus outbreak and a weakened economy, but he insisted that it is the U.S. that will surrender to the resilience of Iran.

He spoke in a pre-recorded speech to the virtual summit just days after Iran’s currency plunged to its lowest levels ever to the U.S. dollar due to crippling U.S. sanctions imposed by President Donald Trump, who pulled the U.S. out of Iran’s nuclear deal with world powers in 2018. The accord had been signed by the Obama administration. The sanctions effectively bar Iran from selling its oil globally.

“The United States can impose neither negotiations, nor war on us,” Rouhani said, before adding: “Life is hard under sanctions. However, harder is life without independence.”

Rouhani also compared his country’s plight with that of George Floyd, the Black American who was pinned to died after a white police officer in Minneapolis pinned him to the ground by pressing a knee into his neck. Floyd’s death sparked nationwide protests in support of Black lives.

Calling it “reminiscent of our own experience,” he said: “We instantly recognize the feet kneeling on the neck as the feet of arrogance on the neck of independent nations.”

Rouhani said Iranian “has paid a similar high price” in its quest for freedom and liberation from domination.

Tensions Have Run Dangerously High This Year Between Tehran and Washington

He insisted his nation “does not deserve sanctions” and described the U.S. as “a terrorist and interventionist outsider” before referring to the 1953 U.S.-backed coup that cemented the control of the shah in Iran, which ultimately pushed the country toward its Islamic Revolution and hostility with the West.

This week, the White House doubled down on its maximum pressure campaign against the Islamic Republic with an executive order to enforce all United Nations sanctions on Iran because Tehran is not complying with the nuclear deal — a move that most of the rest of the world rejects as illegal. Few U.N. member states believe the U.S. has the legal standing to restore the sanctions because Trump withdrew from the nuclear agreement.

Rouhani mentioned the commander briefly in his speech, referring to him as an “assassinated hero.”

Trump, who faces a stiff re-election in November, has ramped up pressure on Iran since taking office and has increased U.S. military presence in the Gulf as a centerpiece of his Mideast foreign policy.

“We are not a bargaining chip in U.S. elections and domestic policy,” Rouhani said.