Health Agencies' Credibility at Risk After Week of Blunders 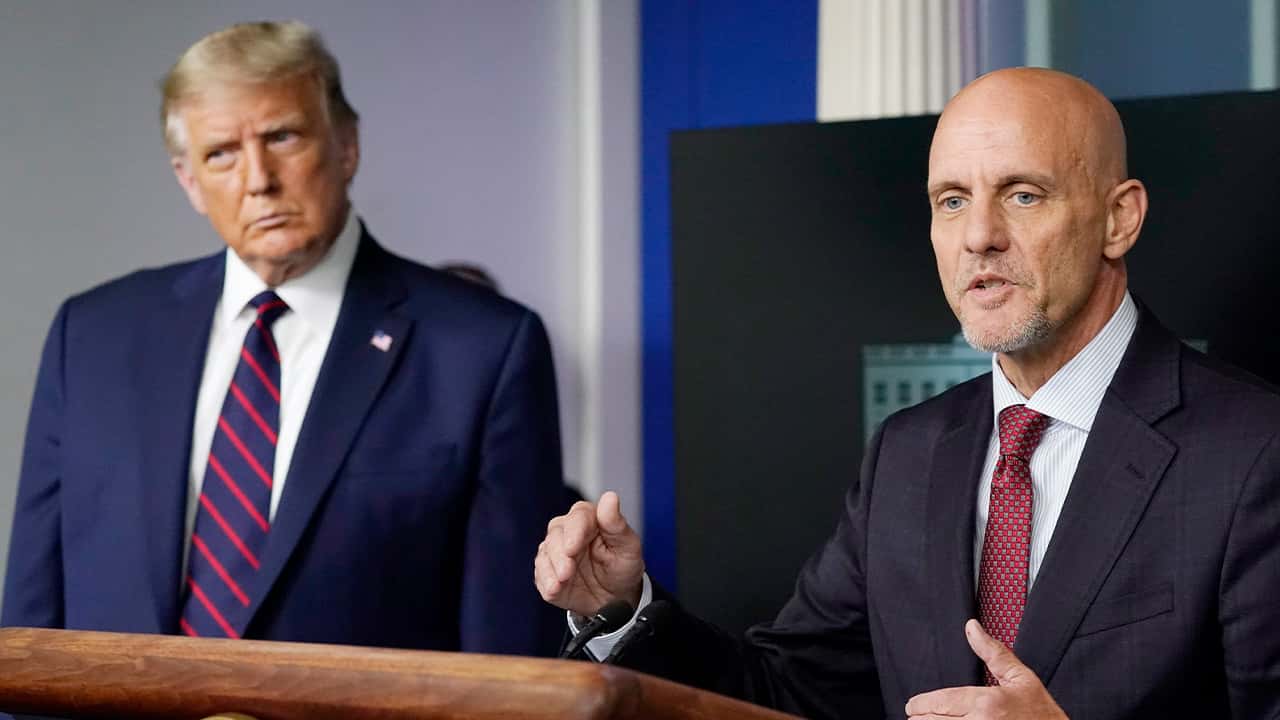 WASHINGTON — The credibility of two of the nation’s leading public health agencies is under fire this week after controversial decisions that outside experts say smack of political pressure from President Donald Trump as he attempts to move past the devastating toll of the coronavirus ahead of the November election.

The head of the Food and Drug Administration grossly misstated, then corrected, claims about the life-saving power of a plasma therapy for COVID-19 authorized by his agency last Sunday. Then the Centers for Disease Control and Prevention quietly updated its guidelines to suggest fewer Americans need to get tested for coronavirus, sparking outrage and confusion from scientists.

Trump’s own factual misstatements about COVID-19 are well documented, but the back-to-back messaging blunders by public health officials could create new damage, eroding public trust in front-line agencies. That’s already raising concerns about whether the administration will be forthcoming with critical details about upcoming vaccines needed to defeat the pandemic.

“I do worry about the credibility of the FDA and CDC, especially at a time when the capacity of the federal government to advance public health should be a priority for all policymakers,” said Daniel Levinson, the former longtime inspector general of the U.S. Department of Health and Human Services, which oversees both the FDA and the CDC.

Trump administration officials said Wednesday the CDC testing guidance was revised by the White House virus task force “to reflect current evidence” but did not detail what that was. The new recommendations say it’s not necessary for most people who have been in close contact with infected people, but don’t feel sick, to get tested. Outside experts said that flies in the face of the scientific consensus that wide-scale testing is needed to stamp out new infections. FILE – In this Aug. 13, 2020, file photo, nurse practitioner Debbi Hinderliter, left, collects a sample from a woman at a coronavirus testing site near the nation’s busiest pedestrian border crossing in San Diego. The credibility of two top public health agencies is on the line after controversial decisions that outside experts say suggest political pressure from the Trump administration. The Centers for Disease Control and Prevention triggered a backlash from the medical community by rewriting its guidelines to recommend less testing. (AP Photo/Gregory Bull, File)

The U.S. Has Invested Billions of Dollars in Efforts To Quickly Develop Multiple Vaccines

On Monday, FDA Commissioner Stephen Hahn was forced to apologize for using an erroneous, misleading statistic describing the effectiveness of a blood plasma therapy granted emergency use for COVID-19, as Trump twisted the facts and inflated the significance of the move.

“He hurt his own credibility, he hurt that of his agency and he probably hurt the credibility of the next vaccine that will get approved,” said Daniel Carpenter, a Harvard University professor of government.

The U.S. has invested billions of dollars in efforts to quickly develop multiple vaccines against COVID-19. But public fears that a vaccine is unsafe or ineffective could be disastrous, derailing the effort to vaccinate millions of Americans.

The American Medical Association urged the FDA to set up new processes to keep the medical community in the loop on vaccine developments, warning that public confidence is at stake. The group has also challenged the CDC to produce scientific data to back up its new testing recommendation.

“We need to see light,” said Dr. Susan Bailey, AMA’s president. “There is a concern that if you are not seeing the data, you have to wonder why.”

HHS spokesman Michael Caputo said in a statement that the government’s health agencies always work with groups like the AMA to keep doctors informed, and will continue to do so.

The administration’s Sunday rollout of the news that the FDA had granted emergency authorization for convalescent plasma in treating COVID-19 was marred by exaggerations and inaccuracies. The blood plasma, taken from patients who have recovered from the coronavirus, is rich in infection-fighting antibodies, which may benefit those still battling the disease.

Trump described the move as “historic” and touted the plasma’s “incredible rate of success.” But the FDA’s own scientific memo made clear that more research is needed to prove whether it works.

Hahn echoed Trump and Health and Human Services Secretary Alex Azar in claiming that 35 more people out of 100 would survive the coronavirus if they were treated with the plasma. That figure grossly overstated preliminary findings from the Mayo Clinic, which cannot be used to draw broader conclusions about survival.

The error amounted to a rookie statistical mistake, particularly egregious for a cancer specialist like Hahn. He apologized for the misstatement more than 24 hours later.

The FDA declined to make Hahn available for an interview but pointed to comments this week in which he said he accidentally misquoted the figure in an effort to simplify the information for patients. He also denied that political pressure played any role in FDA’s decision on convalescent plasma.

But he and other former FDA staffers said they disagreed with the decision and worried that it followed pressure from Trump.

“I believe that FDA made this decision itself, however that kind of pressure is very toxic and will erode trust in FDA decisions in the future,” said Goodman, now a professor at Georgetown University.

FDA staff generally supported the decision on plasma, according to a person familiar with the deliberations, who spoke on condition of anonymity to describe private conversations. The authorization makes it easier for U.S. hospitals to use it. But several top scientists from the National Institutes of Health weren’t yet convinced of its effectiveness. The internal debate was first reported last week by the New York Times.

Trump reacted quickly, telling reporters: “It could be a political decision, because you have a lot of people over there that don’t want to rush things because they want … to do it after Nov. 3.”

Then, on Saturday, Trump fired off a Twitter blast aimed at the “deep state, or whoever, over at the FDA.”

Pressure from Health Secretary Azar also ratcheted up ahead of the FDA’s Sunday authorization, the person familiar with the discussions said.

HHS did not respond to questions about whether Azar pressed the FDA. Instead a spokeswoman referred to recent interviews in which Azar denied politics influenced the decision.

After prodding by the White House, the FDA authorized distribution of the drug despite concerns. In June the agency reversed course, after studies showed the drug was ineffective and could cause sometimes fatal heart problems.

Dr. Luciana Borio, who served as FDA’s chief scientist during the Ebola outbreak, said FDA’s freewheeling use of emergency clearances has confused the public about the effectiveness of unproven treatments like convalescent plasma.

Despite this week’s stumbles, Borio said she is confident that FDA’s scientists will reject any vaccine that falls short of agency standards.

“I am not the least bit worried that they would quickly bow to political pressure,” said Borio. “But obviously their lives would be made much better if they knew their supervisor had their back.”

Japan’s ‘Flying Car’ Gets off Ground, With a Person Aboard