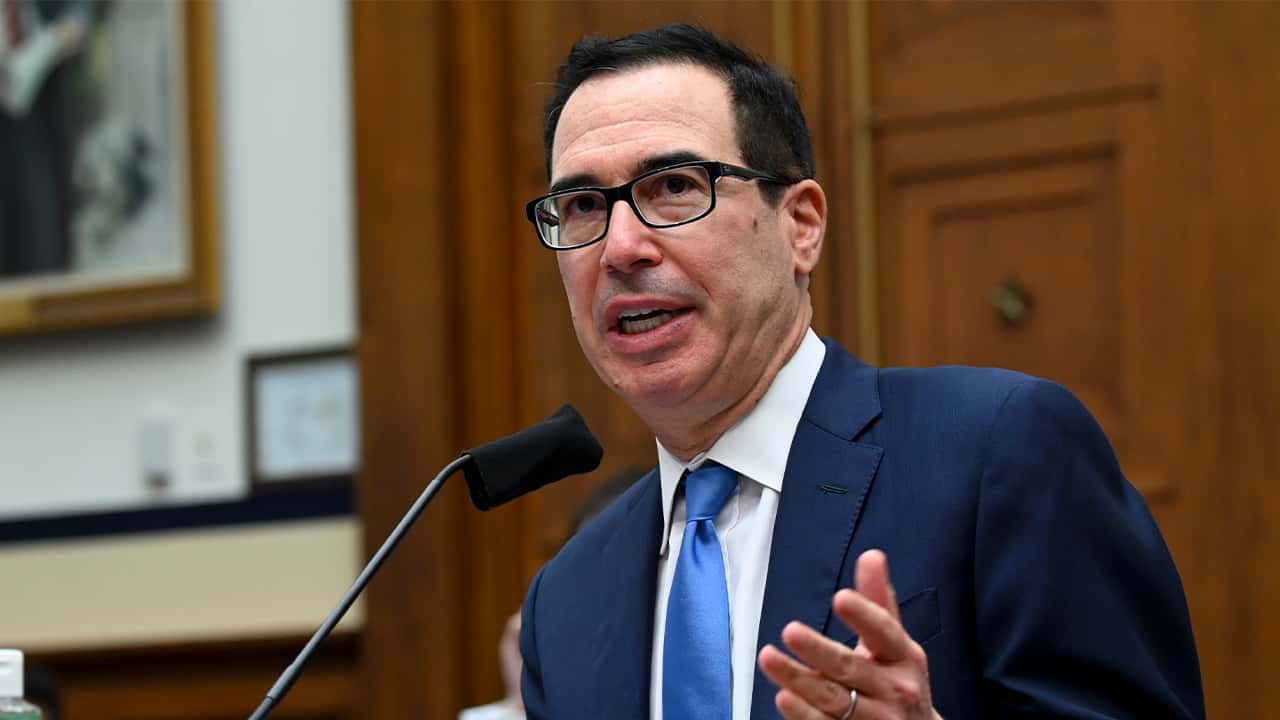 With the economic picture bleak, former Federal Reserve Chairs Ben Bernanke and Janet Yellen urged Congress to do more to help the economy deal with the devastating pandemic, such as extending increased unemployment benefits and providing assistance to hard-hit states and local governments, something many Republicans oppose.
The two former Fed leaders, making their first appearances Friday before a congressional panel since leaving the central bank, praised the efforts already made by the Fed and Congress but said both should be ready to do more given the severity of the shock the economy has endured.
Democrats and Republicans on the committee clashed over the Trump administration’s response to the virus, what the next package of support should look like and whether schools should be required to re-open in the fall.
Yellen and Bernanke, in a joint statement, said the new measure should provide substantial support to state and local governments. The administration and many GOP members of Congress are arguing for spending restraint, saying the federal government should not be bailing out states.
But Yellen and Bernanke said, “The enormous loss of revenue from the recession, together with the new responsibilities imposed by the pandemic, has put state and local budgets deeply in the red.”
The two maintained Congress needs to avoid the mistakes made during the Great Recession ten years ago when state and local governments did not get adequate support, making the downturn worse and the subsequent recovery painfully slow.

The new relief legislation is expected to extend the $660 billion emergency loan program for small businesses with new funding of around $300 billion. But the new loans under the Paycheck Protection Program should be awarded on a more focused basis, Mnuchin said, toward smaller businesses and those especially hard-hit by the pandemic and lockdowns of business and commerce. Restaurants, hotels and other travel and hospitality businesses figure prominently among them.
“I think it’s important that we target this to the businesses that are hardest-hit,” Mnuchin testified to the House Small Business Committee.
Mnuchin and Jovita Carranza, head of the Small Business Administration, parried criticism of the loan program at the hearing. Responding to accusations that the program failed to adequately target the neediest applicants, Mnuchin acknowledged that to correct a current lapse, a revenue test should be applied to businesses seeking aid going forward. He also approved setting aside funds for loans to minority-owned businesses.

About $517 Billion Awarded To Date

Data on some $517 billion in taxpayer-funded loans awarded under the program designed to soften job losses from coronavirus give the impression of a rushed, first-come, first-served effort that also benefited wealthy, well-connected companies, some firms owned by celebrities and politicians including governors, and big restaurant chains backed by Wall Street investors.
“Many in our country are struggling. They are angry and they are hurting,” said Committee Chair Rep. Nydia Velazquez, D-N.Y. She called “a gut punch,” for example, the fact that members of Congress and other officials weren’t subject to ethics rules governing other federal programs and were allowed to receive loans.
Loan awards under the program have slowed to a trickle in recent weeks. After 3 ½ months, the SBA has processed about 5 million loans worth some $500 billion. About $130 billion hasn’t been committed. Originally scheduled to end last month, the program was extended through Aug. 8.
The low-interest loans are forgivable if the business uses the money to keep employees on the payroll or rehire workers who have been laid off. Companies recently got an extension of the time for them to use the loans, from eight weeks to 24.

In Confrontation, Fresno Supervisor Tells Assemblyman: ‘Go Back to Sacramento’