How Many Valley Drinking Water Wells Will Go Dry in 20 Years? 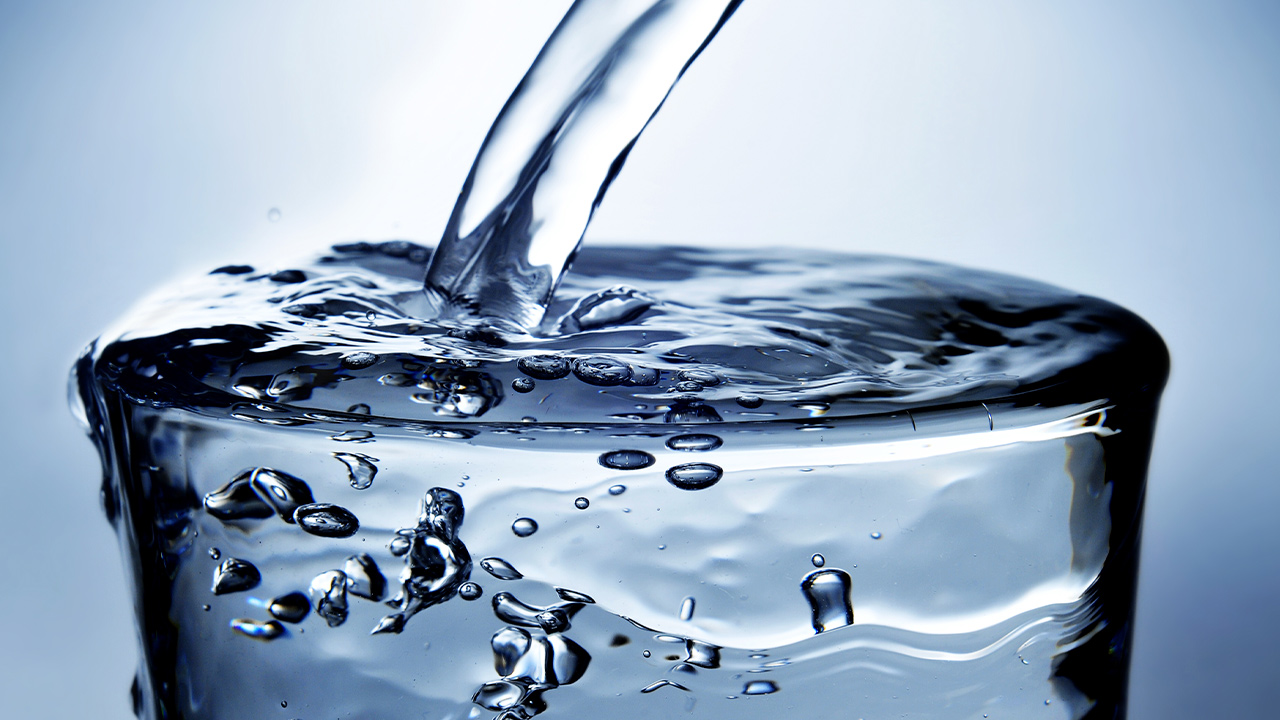 If all goes according to plan — actually 26 groundwater sustainability plans — between 46,000 and nearly 130,000 Central Valley residents could be out of water by 2040, according to a new report released by the Water Foundation.

Those sustainability plans are supposed to bring the Valley’s depleted aquifers into balance, per the state’s Sustainable Groundwater Management Act.

But, the Water Foundation report asserts, groundwater sustainability agencies, governed mostly by members of agricultural water districts, are planning for water tables to decline to the point they could dry up between 4,000 and 12,000 domestic wells over the next 20 years.

The report was commissioned jointly by the Leadership Counsel for Justice and Accountability, Self-Help Enterprises, and Community Water Center. The groups work closely with disadvantaged communities in the Central Valley on multiple issues, including access to clean drinking water.

The report focused on 26 of more than 40 groundwater plans submitted to the state and looked only at how anticipated groundwater levels in those plans might affect drinking water wells. 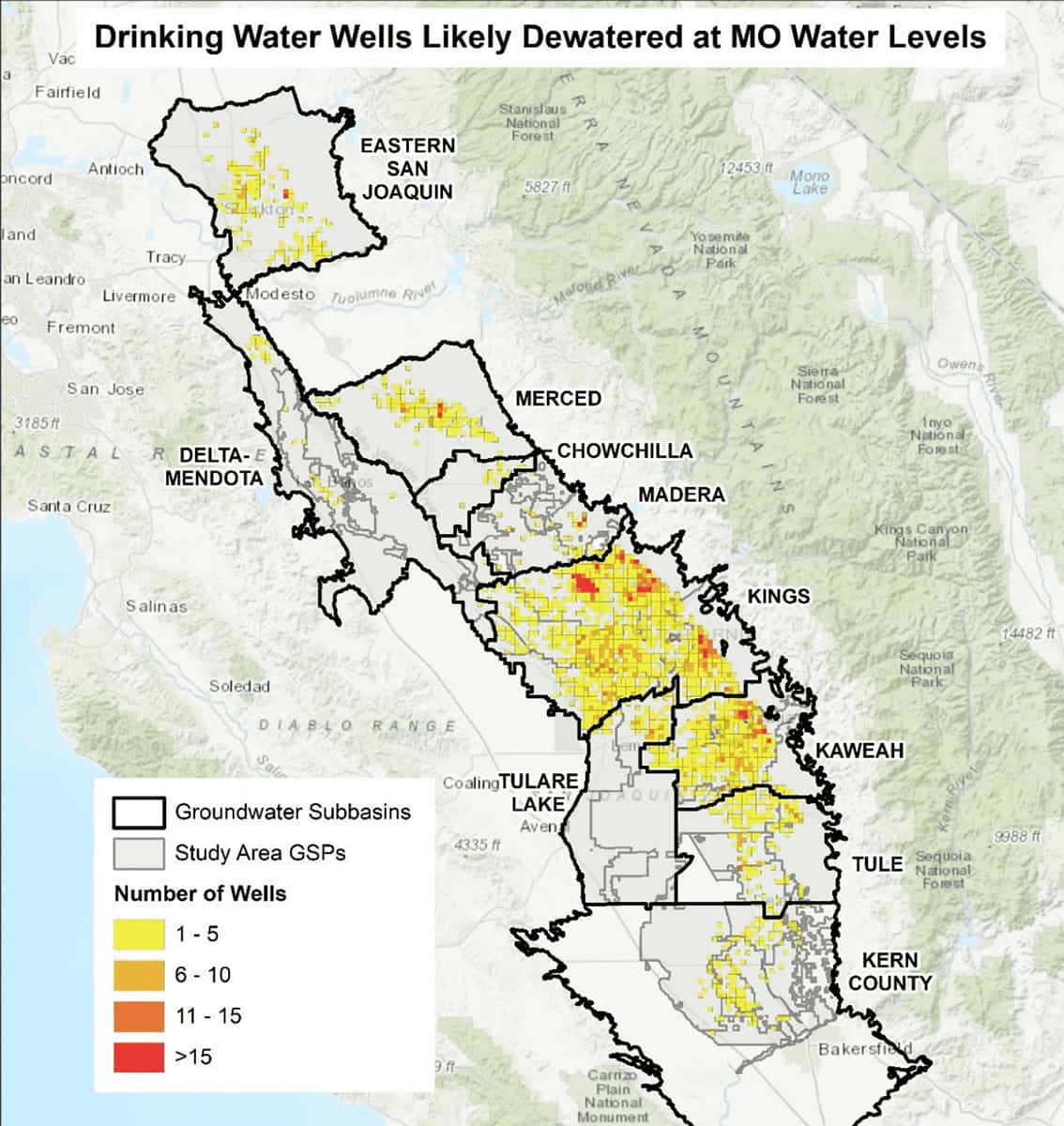 The numbers in that report are stunning, agreed Eric Osterling and Kassy Chauhan, executive directors of the Greater Kaweah GSA and North Kings GSA, respectively.

Osterling and Chauhan both noted the report assumes the absolute worst-case scenario based on “minimum thresholds” for water tables laid out in their plans.

“But, by no means, are we going to sit on our hands and not address things that can be improved upon.” — Eric Osterling, executive director, Greater Kaweah GSA

But that’s not what the GSAs are managing to, they said.

If a GSA’s water table sinks to the minimum threshold in its plan, that’s a failure, Osterling said.

Instead, GSAs are aiming to keep water tables at higher levels, described in the plans as “measurable objectives.”

Osterling and Chauhan also objected that the Water Foundation report carries current plan measures into 2040, as if the plans are set in stone.

SGMA requires GSAs to do annual updates and full-blown re-evaluations every five years.

“This isn’t a situation where we won’t change the plan,” Osterling said. “One of the first things we did after we submitted our plan was we got together with the other GSAs and even other subbasins to look at prioritizing our management actions. We had a (state) deadline to submit our plans and we did the best we could.

“But, by no means, are we going to sit on our hands and not address things that can be improved upon.”

Groundwater plans in critically overdrafted basins, which includes most of the San Joaquin Valley, had to be submitted to the Department of Water Resources by Jan. 31 of this year.

Osterling and Chauhan also both hoped to get a closer look at the Water Foundation report’s underlying data as their own domestic well sensitivity analyses didn’t show the same number of wells going dry.

“We want to stop the bleeding, so no more private wells are in jeopardy, and we’re also doing projects to minimize impacts to existing domestic wells.” — Kassy Chauhan, executive director, North Kings GSA

“We knew this was a big issue,” said Chauhan. “And we recognized that some shallow wells might go dry, which SGMA doesn’t preclude.”

North Kings used DWR’s well completion database, Chauhan said. A number of the wells were eliminated if they were more than 50 years old or had been assimilated into larger, municipal systems, meaning they’re no longer in use.

Still, the North Kings analysis showed between 3% and 12% of private domestic wells might go dry even at the measurable objective groundwater level, she said.

To address it, Chauhan said, North Kings is working with a number of groups to educate private well owners about the groundwater sustainability plan and is already planning recharge projects near private wells.

“We want to stop the bleeding, so no more private wells are in jeopardy, and we’re also doing projects to minimize impacts to existing domestic wells,” Chauhan said.

Jonathan Nelson, executive director of Community Water Center, acknowledged that there are data gaps on domestic wells in the Central Valley.

That’s why the Water Foundation analysis, conducted by EKI Environment and Water, Inc., tossed out nearly a quarter of wells listed in DWR’s database because there wasn’t enough information on those wells.

“This was a very conservative analysis and still, the numbers are sobering,” Nelson said. “Even looking at these plans from the measurable objectives, up to 60,000 people could lose access to water.

Too Little, Too Late?

While the community groups applauded efforts like those listed by North Kings GSA to address domestic wells, they fear it may be too little too late. 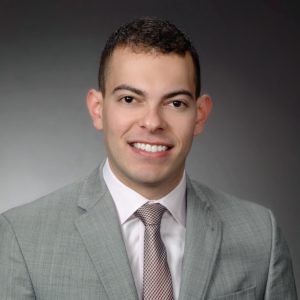 “If we’re celebrating only 45,000 to 60,000 people losing water, that seems like a problem.” — Jonathan Nelson, executive director, Community Water Center

“It’s frustrating because GSAs did do some analysis of the wells that would go dry but it was way after they should have done it,” said Amanda Monaco, an attorney for Leadership Counsel. “They had already decided their minimum thresholds and management actions and didn’t make any adjustments.

“There’s a continuation of prioritizing ag’s ability to pump to the detriment of domestic wells and there’s no clear commitment to fix those wells when they go dry.”

Who should pay to fix dry wells has been a bone of contention between GSAs and community advocates.

Advocate groups are worried GSAs will try and foist those costs onto a newly created state fund meant to aid disadvantaged communities with failing water systems. The Safe and Affordable Funding for Equity and Resilience (SAFER) fund will dole out about $140 million a year to small systems starting later this year.

But GSAs are concerned they’ll be saddled with paying to upgrade old, substandard wells that may have failed regardless of their actions.

“Yeah, there could be different situations,” acknowledged Paul Boyer, program director of Self-Help Enterprises who also sits on the Greater Kaweah GSA board as a rural community representative. “I can see that with legacy issues related to water quality. (The town of) Lemon Cove has perchlorate in the water connected to guano brought in from the Galapagos Islands 100 years ago. You can’t blame current farmers for that.

“But when the water tables are dropping because of current pumping practices? That’s not the same thing.”

He said Self-Help has encouraged GSAs to consider a method used by Rosedale-Rio Bravo Water Storage District in Kern County.

Depending on age, condition, and depth, some wells have been replaced or repaired at no cost to owners under that program.

The water district entered into a legal settlement with the Kern County Water Agency and Kern Water Bank following the 2009 drought when massive pumping by water banks caused groundwater to be drawn away from other areas and numerous domestic wells went dry.

As part of that settlement, if a private well near the water banks goes dry, the owner can submit a claim to the water districts. The districts provide temporary potable water and inspect the well. Depending on age, condition, and depth, some wells have been replaced or repaired at no cost to owners under that program.

Related Story: An Attempt to Steal Valley Water in the Dark of Night

“There should be a causal nexus,” Monaco agreed. “But before scratching the whole idea, the GSAs should make an attempt to address these real, human impacts.”

Many of the comments about potential dry wells and other issues were submitted separately to DWR by the community groups.

But they are hoping the Water Foundation report grabs attention and forces the state to take a closer look at how groundwater plans will affect communities.

“Knowing there are that number of families who are going to open their taps and no water will come out, that’s mind-boggling,” Monaco said. “We want people to think about the amount of suffering that might occur due to these plans.”