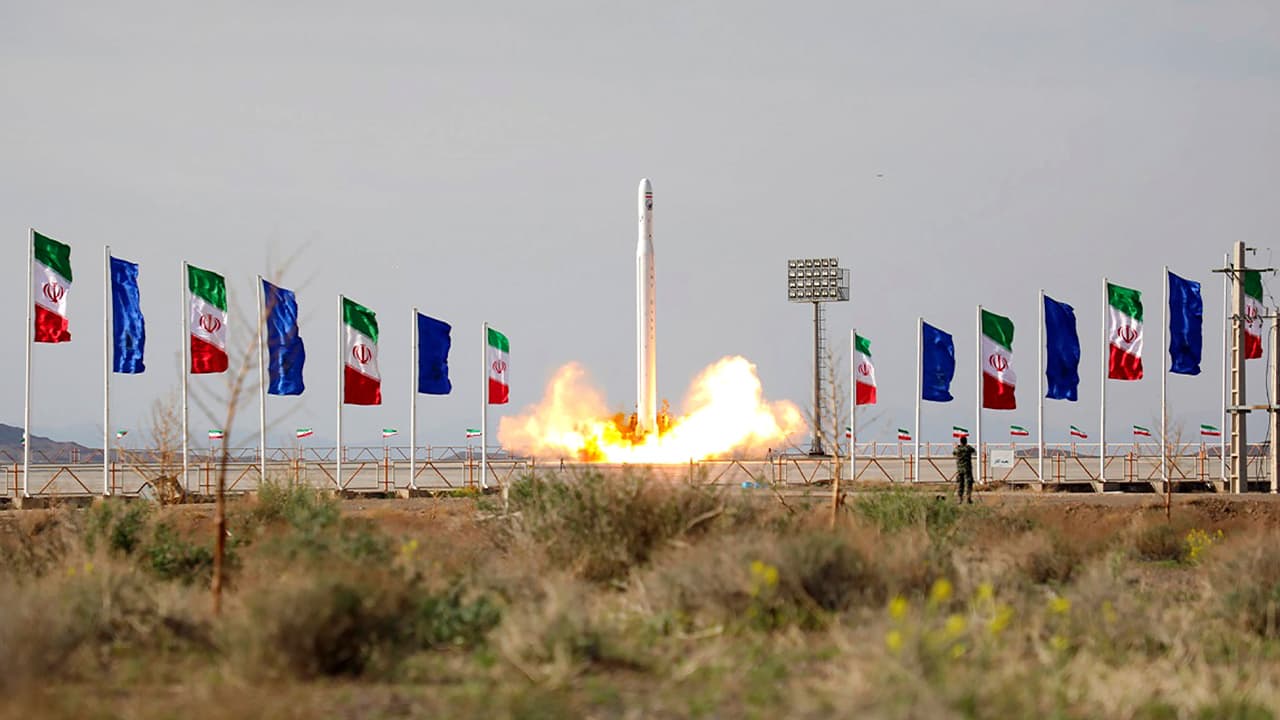 TEHRAN, Iran — Iran’s Revolutionary Guard launched its first satellite into space Wednesday, dramatically revealing what experts described as a secret military space program that could advance its ballistic missile development amid wider tensions between the Islamic Republic and the U.S.

Using a mobile launcher at a new launch site, the Guard said it put the “Noor,” or “Light,” satellite into a low orbit circling the Earth. While the U.S., Israel and other countries declined to immediately confirm the satellite reached orbit, their criticism suggested they believed the launch happened.

The launch comes as Iran has abandoned all the limitations of its tattered nuclear deal with world powers that President Donald Trump unilaterally withdrew America from in 2018. Trump’s decision set off a monthslong series of escalating attacks that culminated in a U.S. drone strike in January that killed a top Iranian general in Iraq, followed by Tehran launching ballistic missiles at American soldiers in Iraq.

As the world grapples with the coronavirus pandemic and historically low oil prices, the missile launch may signal a new willingness to take risks by Iran. Trump himself later tweeted he told the U.S. Navy “ to shoot down and destroy any and all Iranian gunboats if they harass our ships at sea,” both raising energy prices and renewing the risk of conflict.

“Now that you have the maximum pressure campaign, Iran doesn’t have that much to lose anymore,” said Fabian Hinz, a researcher at the James Martin Center for Nonproliferation Studies at the Middlebury Institute of International Studies in Monterey, California.

The three-stage satellite launch took off from Iran’s Central Desert, the Guard said, without elaborating.

Hinz said based on state media images, the launch appeared to have happened at a previously unacknowledged Guard base near Shahroud, Iran, some 330 kilometers (205 miles) northeast of Tehran. The base is in Semnan province, which hosts the Imam Khomeini Spaceport from which Iran’s civilian space program operates. 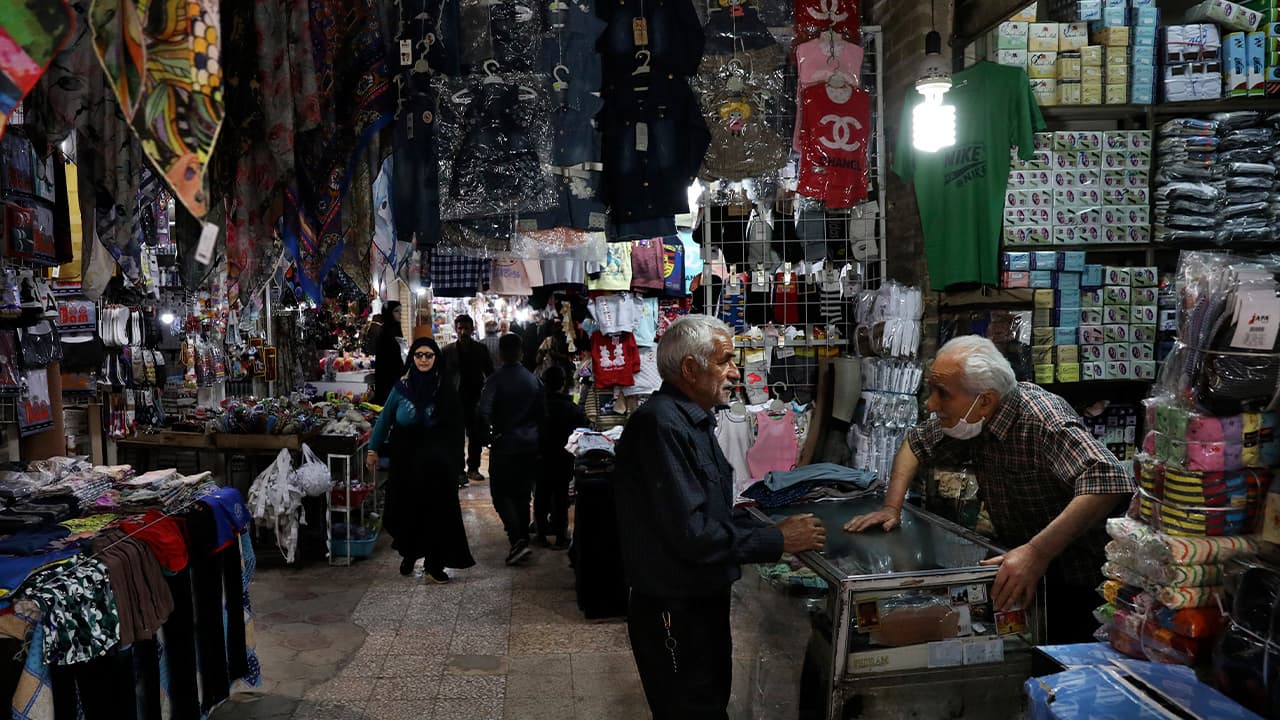 Wednesday Marked the 41st Anniversary of the Founding of the Guard

The paramilitary force said it used a “Qased,” or “Messenger,” satellite carrier to put the device into space, a previously unheard-of system. It described the system as using both liquid and solid fuel. Such a system may allow Iran to more quickly fuel a rocket, something crucial in an offensive weapon system, Hinz said, while stressing more information was needed about the launch.

Wednesday marked the 41st anniversary of the founding of the Guard by Iran’s late leader, Ayatollah Ruhollah Khomeini. An image of the rocket that carried the satellite showed it bore a Quranic verse typically recited when going on a journey, as well as a drawing of the Earth with the word Allah in Farsi wrapped around it. It remained unclear what the satellite it carried does.

“Today, the world’s powerful armies do not have a comprehensive defense plan without being in space, and achieving this superior technology that takes us into space and expands the realm of our abilities is a strategic achievement,” said Gen. Hossein Salami, the head of the Guard.

The Guard, which operates its own military infrastructure parallel to Iran’s regular armed forces, is a hard-line force answerable only to Supreme Leader Ayatollah Ali Khamenei.

“We view this as further evidence of Iran’s behavior that is threatening in the region,” said David Norquist, the deputy secretary of defense.

Gen. John Hyten, vice chairman of the Joint Chiefs of Staff, said the launched vehicle “went a very long way.” He said it was too early to say whether it successfully placed a satellite in orbit. 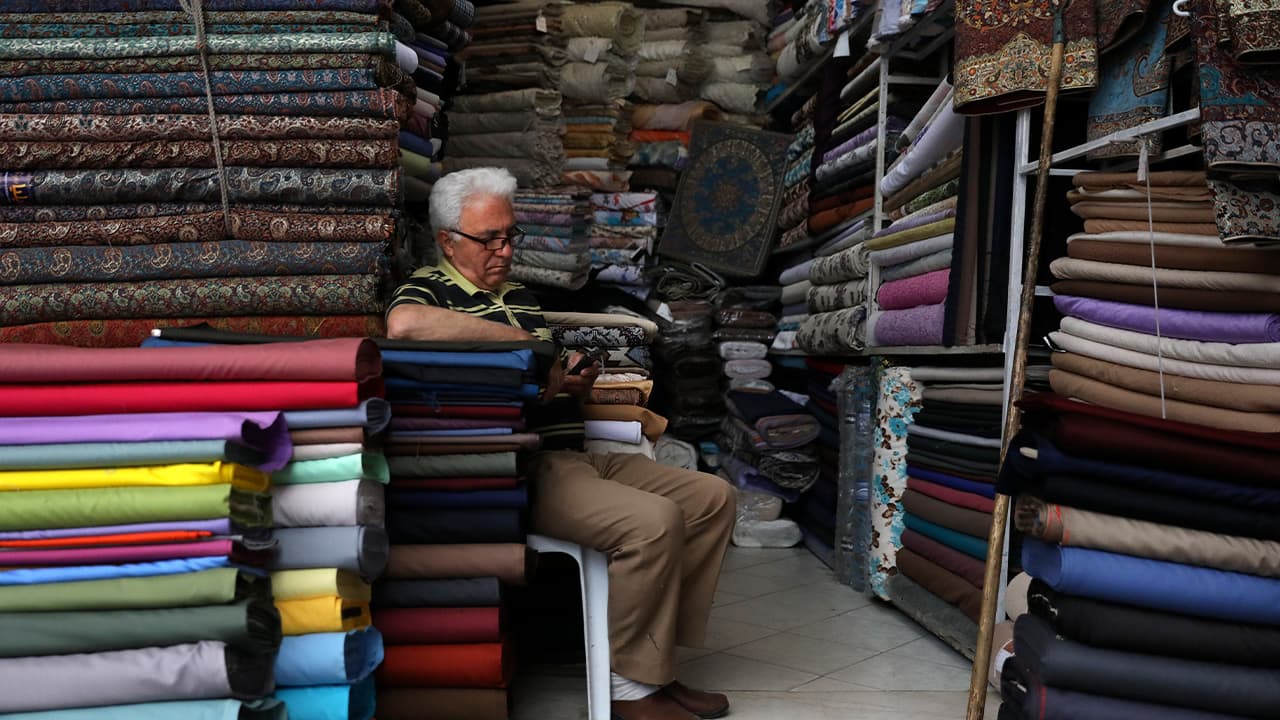 A shopkeeper works on his cellphone at his shop at the Qazvin old traditional bazaar some 93 miles (150 kilometers) northwest of the capital Tehran Iran, Wednesday, April 22, 2020. Iran’s Revolutionary Guard said it put the Islamic Republic’s first military satellite into orbit, dramatically unveiling what experts described as a secret space program with a surprise launch Wednesday that came amid wider tensions with the United States. (AP Photo/Vahid Salemi)

Israel’s Foreign Ministry described the launch as a “façade for Iran’s continuous development of advanced missile technology.” German Foreign Ministry spokesman Christofer Burger warned that “the Iranian rocket program has a destabilizing effect on the region and is also unacceptable in view of our European security interests.”

“While Tehran does not currently have intercontinental ballistic missiles (ICBMs), its desire to have a strategic counter to the United States could drive it to develop an ICBM,” Lodewick said.

Iran, which long has said it does not seek nuclear weapons, previously maintained its satellite launches and rocket tests do not have a military component. The Guard launching its own satellite now calls that into question.

Tehran also says it hasn’t violated a U.N. resolution on its ballistic missile program as it only “called upon” Iran not to conduct such tests.

Wednesday’s launch, however, raises new questions. While Iran isn’t known to have the know-how to miniaturize a nuclear weapon for a ballistic missile, any advances toward an intercontinental ballistic missile would put Europe and potentially the U.S. in range. Iran long has said it limits its ballistic missiles’ range to 2,000 kilometers (1,240 miles) under Khamenei’s orders, which puts the Mideast but not the West in its reach.

Iranian commentators described Wednesday’s launch as honoring Hassan Tehrani Moghaddam, a Guard commander who led its missile development until his death in 2011 in a massive explosion at a facility outside of Tehran that killed 16 others. The state-run IRAN newspaper around that time quoted the slain commander’s brother as saying he worked on an ICBM program, though the brother later denied that in subsequent interviews.

A rocket explosion in August drew even the attention of Trump, who later tweeted what appeared to be a classified surveillance image of the launch failure. The successive failures raised suspicion of outside interference in Iran’s program, something Trump himself hinted at by tweeting at the time that the U.S. “was not involved in the catastrophic accident.”