US Adds 'Low Yield' Nuclear Weapon to Its Submarine Arsenal 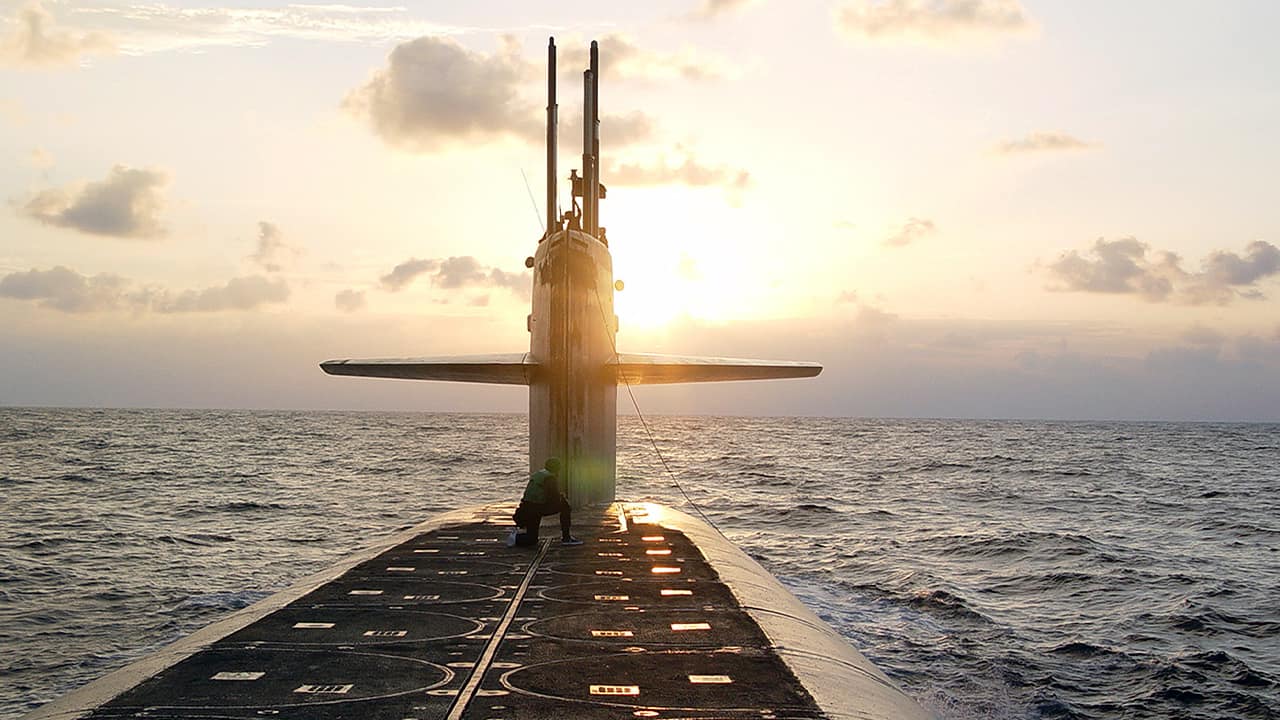 WASHINGTON — The U.S. military has deployed a new addition to its nuclear arsenal — a long-range missile armed with a nuclear warhead of reduced destructive power. The so-called low-yield missile joins other, more powerful weapons aboard stealthy submarines prowling the oceans.


Related Story: Trump Authorizes Shift to Wider US Military Use of Land Mines

Trump’s Interest in Beefing up the Nuclear Arsenal

Rood declined to provide details about the deployment, including when or where the deployment began; all details, he said, are classified secret. The deployment was reported last week by the Federation of American Scientists, citing anonymous sources and reporting that it was believed to have begun in the final weeks of 2019 with an Atlantic deployment of the USS Tennessee.
Adding the W76-2 fits President Donald Trump’s stated interest in beefing up the nuclear arsenal, although he has not commented on this specific weapon. His administration is committed to a broader, costly modernization of the nuclear force.
The essence of critics’ argument against the low-yield weapon is that it makes the world less safe because it offers decision-makers another option for using a nuclear weapon in a conflict that could then escalate to a full-blown nuclear war. They also contend that lower-yield air-launched nuclear weapons already in the U.S. arsenal make the W76-2 redundant.
Rood, however, said the submarine-launched low-yield missile is important because it can more reliably penetrate air defenses than could an airplane armed with nuclear weapons.
The W76-2 is the Trump administration’s answer to what it calls a Russian misconception of an exploitable “gap” in U.S. nuclear capabilities. By deploying missiles at sea with a lower nuclear yield, or destructive power, the administration aims to dissuade Moscow from thinking it could “win” a war in Europe, for example, by firing its own low-yield nuclear weapon first, forcing Washington and its NATO allies to either commit to full-scale nuclear war or capitulate. President Donald Trump speaks during an event on human trafficking in the East Room of the White House, Friday, Jan. 31, 2020, in Washington. (AP Photo/ Evan Vucci)

The Newly Deployed Warhead Was Produced by Modifying the W76

The yield, or destructive power, of the W76-2 is classified. Experts say it may be about 5 kilotons, or roughly one-third the destructive power of the “Little Boy” nuclear bomb the United States dropped on Hiroshima, Japan, in the final days of World War II, killing tens of thousands of people. By comparison, the missile that has been deploying aboard strategic submarines for decades has carried the 90-kiloton W76 warhead and the 475-kiloton W88 warhead.
The newly deployed warhead was produced by modifying the W76. Last February the administration said it expected to have the new version ready for use by late 2019.
The W76-2 has been fitted atop an undisclosed number of Trident ballistic missiles carried aboard the Navy’s Ohio-class submarines. This submarine fleet, split between bases at Bangor, Washington, and King’s Bay, Georgia, represents one leg of the U.S. nuclear “triad,” along with the Air Force’s long-range B-2 and B-52 bombers and land-based Minuteman 3 missiles.
The newest addition to the arsenal comes amid important shifts in the U.S.-Russia strategic relationship. Doubts are growing that the Trump administration will accept Moscow’s offer to extend the New START arms control treaty before it expires next February. It is the only remaining treaty limiting the number of U.S. and Russian strategic nuclear weapons.
Rood noted that deploying the new lower-yield missiles has not increased the total number of American weapons under the New START limits because each of the warheads replaces one of the more powerful versions that had been exclusively deployed aboard the subs.
Bruce Blair, a former Air Force nuclear weapons officer and co-founder of Global Zero, an international group that advocates the elimination of nuclear arms, said he sees merit in reducing the destructive power of nuclear arsenals.

“But we must not delude ourselves into thinking lower-yield nukes are more usable in a conflict,” he said. “Any use of this sea-based weapon — either first or second — will risk stoking the flames of conflict and escalating to all-out nuclear war. A wiser response to an enemy’s use of one or two low-yield nukes would be to refrain from nuclear escalation while unleashing America’s ferocious and decisive conventional juggernaut.”


“But we must not delude ourselves into thinking lower-yield nukes are more usable in a conflict. Any use of this sea-based weapon — either first or second — will risk stoking the flames of conflict and escalating to all-out nuclear war. A wiser response to an enemy’s use of one or two low-yield nukes would be to refrain from nuclear escalation while unleashing America’s ferocious and decisive conventional juggernaut.” — Bruce Blair, a former Air Force nuclear weapons officer and co-founder of Global Zero
Blair, who testified to Congress last year in opposition to the new weapon, also argues that the rationale has been overtaken by events. The Russians, in his view, have shifted their focus to non-nuclear means, including with cyberweapons, of striking primarily Western civilian infrastructure.
“Instead of using small numbers of tactical nukes to frighten the U.S. and NATO into suing for peace, the Russians today plan to paralyze civilian financial, energy, communications and transportation grids to incite NATO populations to demand an end to hostilities,” he said.
The Trump administration moved quickly to produce and deploy the new weapon after announcing its intentions in a nuclear policy document published two years ago this month.
Opposition in Congress was led by Rep. Adam Smith, a Washington Democrat who is chairman of the House Armed Services Committee. The House version of the 2020 defense bill prohibited deployment of the modified warhead, but that was dropped in the final version passed by Congress and signed by Trump in December.
“I maintain that this is one weapon that will not add to our national security but would only increase the risk of miscalculation with dire consequences,” Sen. Jack Reed, a Rhode Island Democrat, said in Senate floor speech in December.