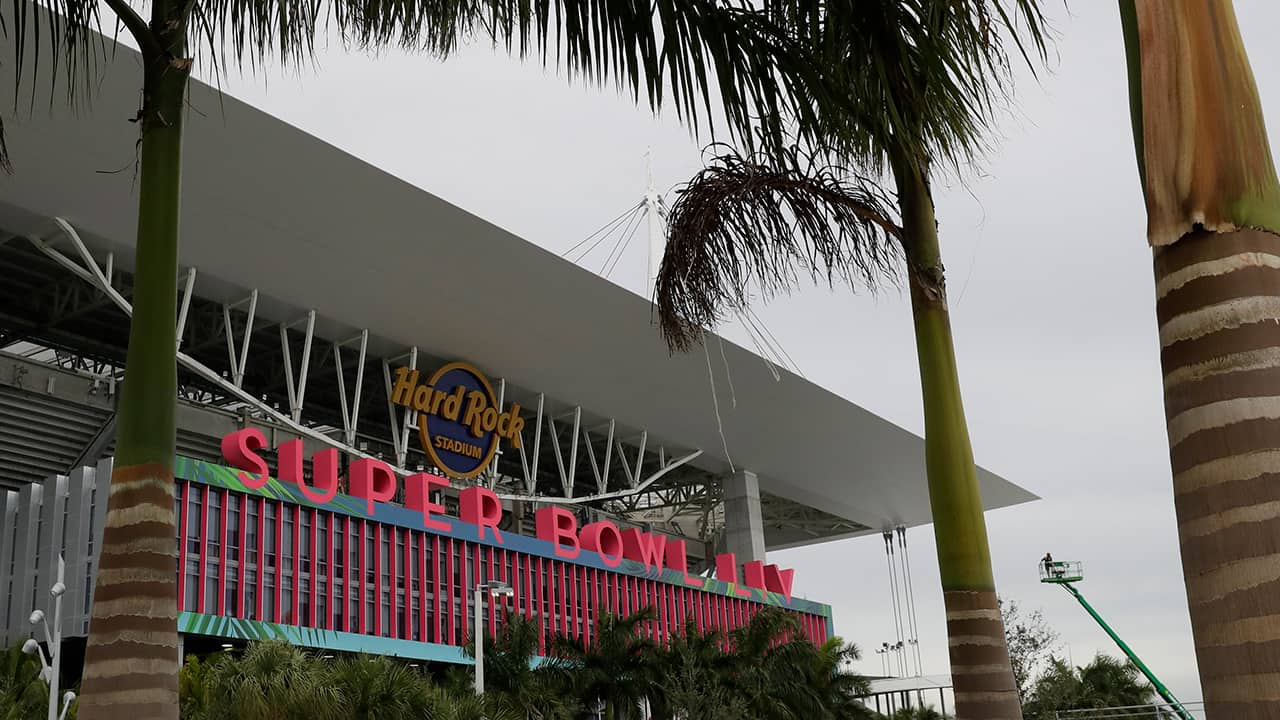 MIAMI — Private jet service, a personal butler, or how about a meal with former Patriots star Rob Gronkowski to top off Super Bowl weekend? From legendary nightclubs to exclusive parties, no place caters to the rich and famous quite like glitzy Miami.


Related Story: After Cashing in on QB Gambles, Niners, Chiefs in Super Bowl Thousands of Fans Will Descend on Miami Just for the Nightlife

Not all of those enjoying the perks will be paying out of pocket, because many of the high-end packages are purchased by corporations. But Location Experiences says many customers also are wealthy fans who just want to be a part of the experience. Rudy Morales works on the setup outside of the Hard Rock Stadium Monday, Jan. 27, 2020, in Miami Gardens, Fla., in preparation for the NFL Super Bowl 54 football game. (AP Photo/Chris Carlson)

Some of the Blingiest Packages

Here are some of the blingiest packages for high-rollers:
1. Tables on the patio at Swan restaurant, which Grutman co-owns with singer Pharrell Williams, are going for a minimum of $10,000.
2. VIP tables to the MAXIM magazine party where The Chainsmokers will perform on a private island run around $20,000 unless you want to grab 11 of your closest friends and hitch a ride on a private helicopter for $65,000.
3. Packages at Shaquille O’Neal’s Fun House are going for $30,000 to $100,000 with the top package including 20 tickets to the game, a chance to hang with Shaq, your own private security and 30 bottles of champagne and liquor to wash away any buyer’s remorse.
4. Hanging with former Patriots star Rob Gronkowski at Gronk Beach will also set you back six figures. His $100,000 package includes 20 game seats and all the amenities including table and bottle service afterward, plus he’ll stop by your table for a chat.
5. The swanky 1 Hotel South Beach is offering a $1.5 million package for 20 that includes airfare, game tickets, a private butler, lodging at 10 oceanfront homes, a private dinner and a personal guru. Their cheapest package will set you back $200,000 and includes two tickets on the 50 yard line, a stay at a one-bedroom oceanfront home and field access after the game.
6. Private aviation company NetJets and luxury yacht charter company Northrop & Johnson teamed up to deliver what may be the most indulgent package of all, coming in at a whopping $720,000. Two guests will be flown to Miami in a private jet and put up in a suite at the Ritz Carlton to rest up before game day. After the game, a private jet will whisk you away to the Caribbean where you’ll spend four days sailing the tropical islands on a 236-foot, six-stateroom private yacht.

In a Down Year, This Bulldogs Squad Is Bandwagon Worthy