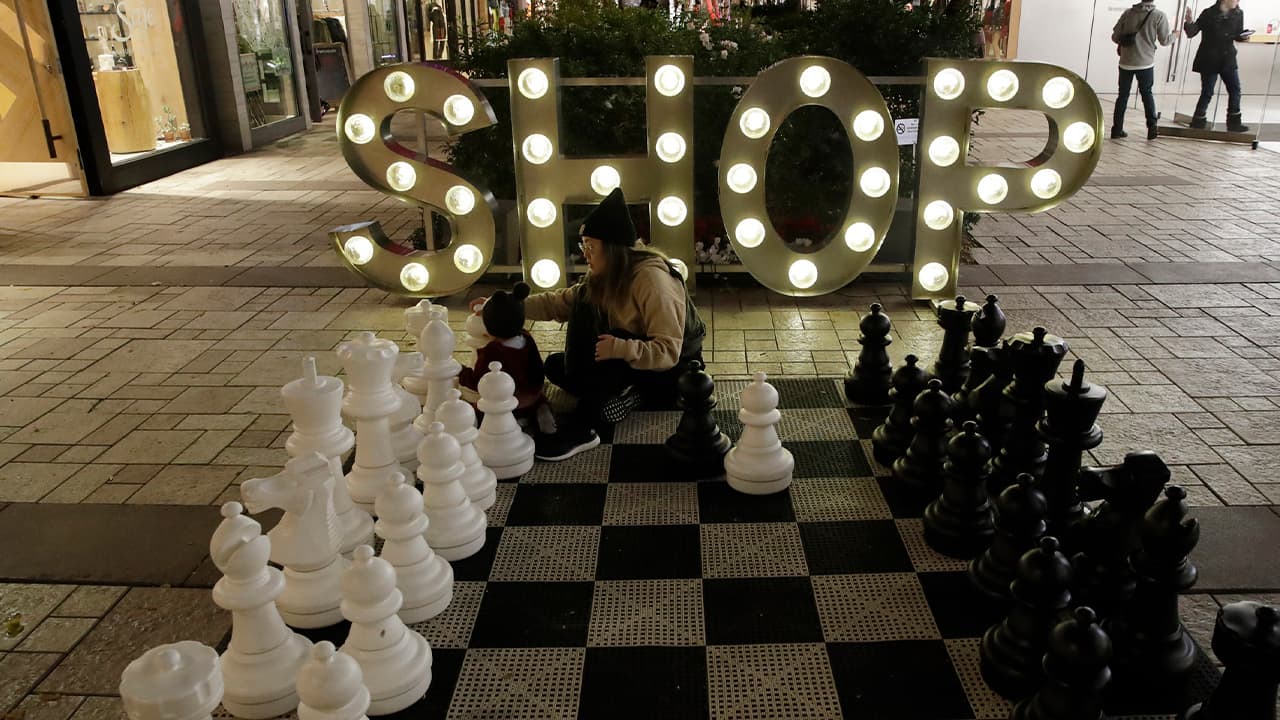 BALTIMORE — U.S. consumer confidence slipped ever so slightly in December, as expectations fell about economic growth over the next six months.
The Conference Board said Tuesday that its consumer confidence index edged down to 126.5 from November’s reading of 126.8. Americans felt largely confident about business conditions this month amid the holiday shopping season, yet their confidence wavered somewhat regarding job availability and income growth for the first half of 2020.
The reading of consumer sentiment points to continued economic expansion, but not much of an improvement given the 3.5% unemployment rate that is near historic lows. FILE – In this Dec. 16, 2019, file photo a shopper walks in front of sales signs in Santa Clarita, Calif. On Tuesday, Dec. 31, the Conference Board reports on U.S. consumer confidence for December. (AP Photo/Marcio Jose Sanchez, File)