Report: 5th Straight Year With Under 30 Executions in US 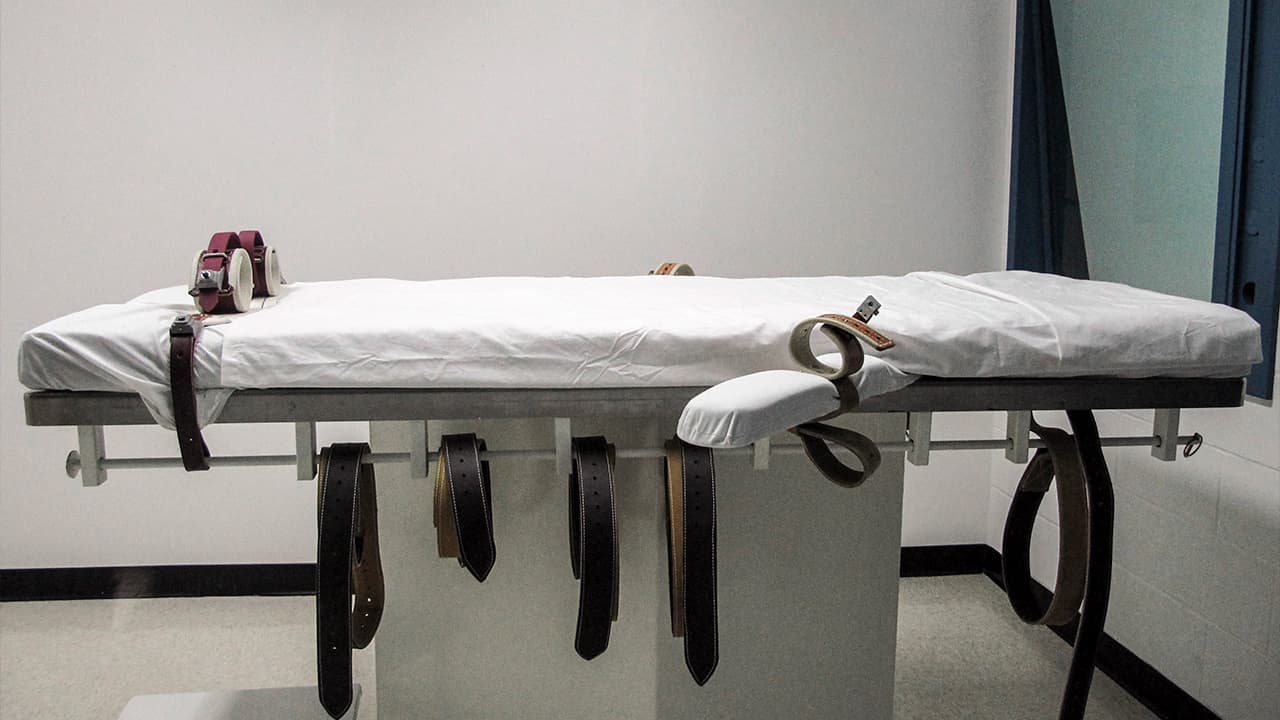 WASHINGTON — Fewer than 30 people were executed in the United States and under 50 new death sentences were imposed for the fifth straight year, part of a continuing decline in capital punishment that saw only a few states carry out executions, a new report issued Tuesday said.


‘We Owe It to the Victims and Their Families’

Also for the fifth straight year, no state west of Texas carried out an execution. There are now 32 states that either have no death penalty or have not executed anyone in more than a decade.


“The Justice Department upholds the rule of law — and we owe it to the victims and their families to carry forward the sentence imposed by our justice system.” — Attorney General William Barr

But at the federal level, where the last execution took place in 2003, Attorney General William Barr announced in July that federal executions would resume beginning in December. President Donald Trump has long been a proponent of the death penalty.
“The Justice Department upholds the rule of law — and we owe it to the victims and their families to carry forward the sentence imposed by our justice system,” Barr said at the time.
A federal judge put a hold on the scheduled executions, and the Supreme Court turned away the administration’s plea to begin conducting lethal injection executions at the federal prison in Terre Haute, Indiana.
Barr’s push for new executions showed that the administration “is going to be out of step with the American public and what is happening in most of the states around the country,” Dunham said. The Death Penalty Information Center takes no position on capital punishment, but is critical of the manner in which it has been administered.
The justices would not allow federal executions in 2019, but the court otherwise signaled its impatience with last-minute efforts to keep inmates from being put to death.

Texas Continues to Be the Leader in Carrying out Executions

“Last-minute stays should be the extreme exception, not the norm, and ‘the last-minute nature of an application’ that ‘could have been brought’ earlier, or ‘an applicant’s attempt at manipulation,’ ‘may be grounds for denial of a stay,’” Justice Neil Gorsuch wrote in clearing the way for Missouri to execute an inmate with an unusual medical condition. The court’s five conservative justices were in the majority, its four liberals, in dissent.

While Texas continues to be the leader in carrying out executions, the number of new death sentences there has dropped markedly in recent years, with just four for the year. Florida and Ohio each had six inmates newly sentenced to death, among the 33 death sentences recorded so far this year. Several capital sentencing proceedings are ongoing and could change the final number, the report said.
Overall, death sentences are down more than 80 percent from the 1990s, Dunham said. Fewer jurisdictions are seeking capital punishment and juries are more willing to sentence defendants to life terms with no chance of parole, he said.
But even with the decrease, some of the sentences were troublesome, the report said. One example it cited was Tiffany Moss, who was sentenced to death in Georgia for starving her stepdaughter to death. The judge allowed Moss to represent herself at trial, despite evidence that she had brain damage that affected her judgment and decision-making, the report said. Moss did not make an opening statement, closing argument or call witnesses.
Related Topics:Californiacapital punishmentDeath Penalty Information Centerdeath rowdeath sentencesexecutedexecutionsGov. Gavin Newsominmates
Up Next