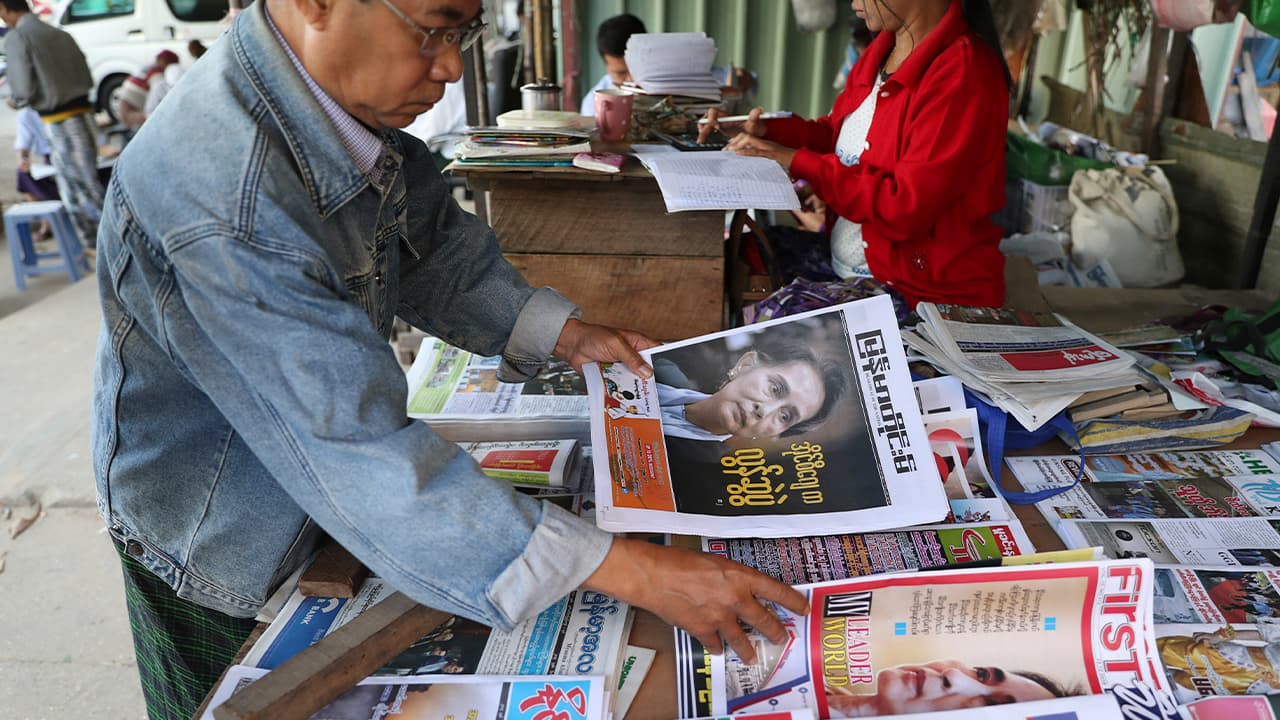 THE HAGUE, Netherlands — Lawyers seeking to halt what they allege is ongoing genocide in Myanmar have slammed leader Aung San Suu Kyi’s defense of her country’s armed forces, saying Thursday that the Nobel Peace Prize winner and former pro-democracy icon chose to ignore “unspeakable” crimes targeting Muslim civilians.
The United Nations’ top court is conducting emergency legal proceedings to determine if military personnel committed genocide against Myanmar’s Rohingya minority in 2017. The African nation of Gambia, acting on behalf of a large group of Muslim countries, requested the International Court of Justice hearings and alleges that human rights violations against the Rohingya continue.

With maps, satellite imagery and graphic photos, Myanmar’s accusers have detailed what they insist is a deliberate campaign of ethnic cleansing and genocide — including the killing of civilians, raping of women and torching of houses — that forced more than 700,000 Rohingya to flee to neighboring Bangladesh.
Gambia wants the U.N. court to take “all measures within its power to prevent all acts that amount to or contribute to the crime of genocide.”
The U.N. court proceedings in The Hague produced the astonishing spectacle on Wednesday of Suu Kyi, who was awarded the 1991 Nobel Peace Prize for championing democracy and rights under Myanmar’s then-ruling junta, defending the army that kept her under house arrest for about 15 years. “We heard nothing about sexual violence from Myanmar yesterday, not a single word about it,” lawyer Paul Reicher told the world court Thursday as Suu Kyi watched on impassively. “Because it is undeniable and unspeakable, they chose to ignore it completely. I can’t really blame them. I would hate having to be the one to defend it.”


“We heard nothing about sexual violence from Myanmar yesterday, not a single word about it. Because it is undeniable and unspeakable, they chose to ignore it completely. I can’t really blame them. I would hate having to be the one to defend it.” — lawyer Paul Reicher
Suu Kyi testified Wednesday that the exodus of Rohingya was a tragic consequence of hostilities initiated by insurgents. The allegations of genocide and other crimes by the army stemmed from “an internal armed conflict started by coordinated and comprehensive armed attacks … to which Myanmar’s defense services responded,” she said.
Suu Kyi also insisted that Gambia’s legal representatives had painted “an incomplete and misleading factual picture” of what happened in Myanmar’s northern Rakhine state in August 2017.
Reicher argued otherwise, saying: “There is no reasonable conclusion to draw other than the inference of genocidal intent from the state’s pattern of conduct.”
Referring to a U.N. fact-finding mission’s report on military “clearance operations,” Reicher said that “everyone was a target and no one was spared. Mothers, infants, pregnant women, the old and infirm. They all fell victim to this ruthless campaign.” Myanmar’s leader Aung San Suu Kyi addresses judges of the International Court of Justice for the second day of three days of hearings in The Hague, Netherlands, Wednesday, Dec. 11, 2019. Aung San Suu Kyi will represent Myanmar in a case filed by Gambia at the ICJ, the United Nations’ highest court, accusing Myanmar of genocide in its campaign against the Rohingya Muslim minority. (AP Photo/Peter Dejong)

He also refuted Myanmar’s claims that no mass graves were found.
“To be sure, Myanmar has not made it easier to find them” by denying access to suspect sites, Reicher said. “Nevertheless, The Associated Press located at least five mass graves of Rohingyas.”
The AP reported that the mass graves in the village of Gu Dar Pyin were confirmed through multiple interviews with more than two dozen survivors who had fled to refugee camps in Bangladesh, and through time-stamped cellphone videos. Satellite images and video of destroyed homes also showed that the village had been wiped out.
The Myanmar government’s information committee said later that 17 government officials including Border Guard Police went to Gu Dar Pyin to investigate the AP report and were told by villagers and community leaders that “no such things happened.”

According to the government statement, a group of Rohingya “terrorists” skirmished with security forces in the village during “clearance operations” by the military. It said about 500 villagers attacked the security forces with weapons such as knives, sticks and wooden spears, and the security forces were forced to shoot in self-defense.
Suu Kyi was expected to take the stand later Thursday for final remarks before the hearing concludes. The court will likely issue a decision on Gambia’s request for provisional measures relatively quickly, but the main case will probably take years to resolve.