Impeachment Trial: Trump Wants Drama, but GOP Wants It Over 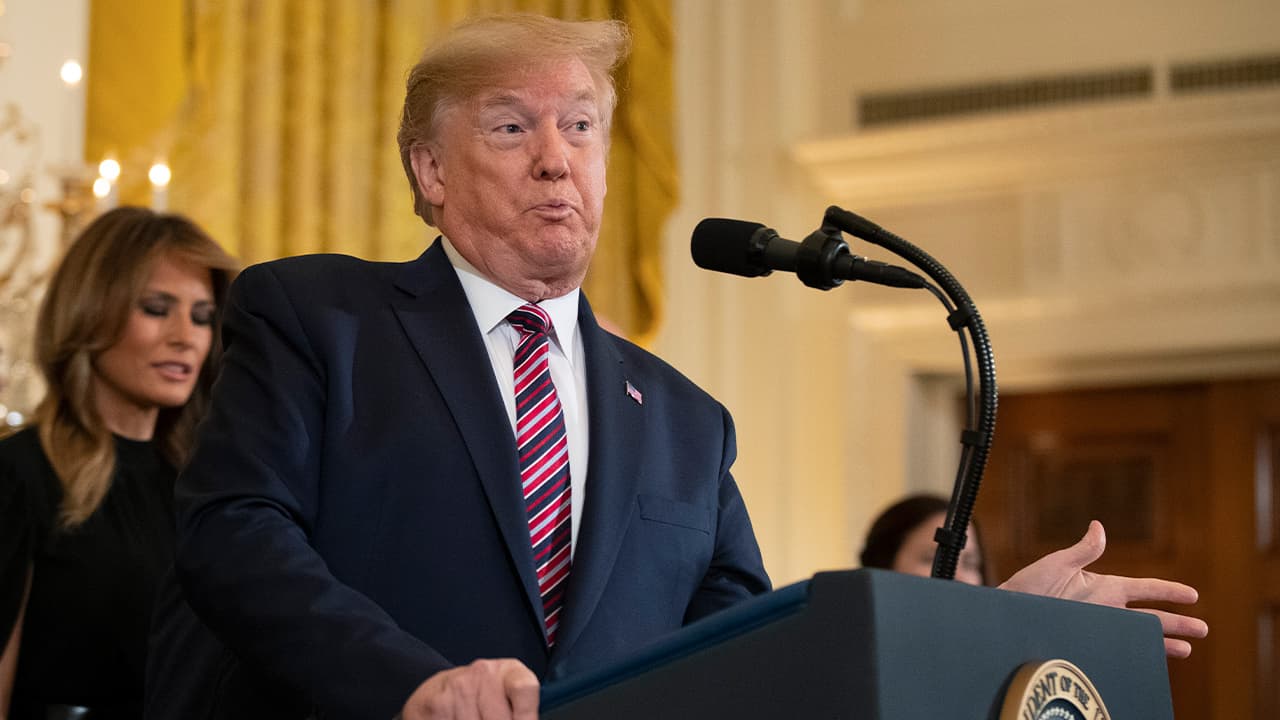 Washington — Donald Trump wants more than acquittal. He wants vindication.
With impeachment by the House appearing certain, the president has made clear that he views the next step, a trial in the GOP-controlled Senate, as his focus. The president sees the senators not just as a jury deciding his fate, but as partners in a campaign to discredit and punish his Democratic opponents. His Senate allies aren’t so sure that’s a good idea.
In recent weeks, Trump has devised a wish list of witnesses for the Senate trial, relishing the opportunity for his lawyers to finally cross-examine his accusers and argue the case that his actions toward Ukraine, including the July 25 call when he asked for a favor, were “perfect.”

Trump and his allies have been building up the likely Senate trial, an effort to delegitimize the Democratic-controlled House’s impeachment process by contrast. In the Senate, the Trump team has argued, the president would get the opportunity to challenge witnesses and call some of his own, such as House Intelligence Committee Chairman Adam Schiff, the still-anonymous intelligence community whistleblower, or even Joe Biden and Hunter Biden.
He sees that as a chance to embarrass Democrats, including the former vice president and 2020 Democratic rival, and use the friendlier ground to portray himself as the victim of a partisan crusade.
“It is pretty clear the president wants a trial,” says Hogan Gidley, the principal deputy White House press secretary. “The president is eager to get his story out.”

The President Can Win the Hard Way or the Easy Way

But it is increasingly clear that Senate Republicans, led by Majority Leader Mitch McConnell, have other ideas. McConnell, who is fiercely protective of his 53-47 Senate majority, has signaled that he wants none of the spectacle Trump desires. Instead he wants a swift trial, potentially with no new witnesses called. Speaker of the House Nancy Pelosi, D-Calif., talks to reporters as the House Intelligence Committee holds public impeachment hearings of President Donald Trump’s efforts to tie U.S. aid for Ukraine to investigations of his political opponents. Pelosi says there is clear evidence that President Donald Trump has used his office for his personal gain. She says doing that “undermined the national security of the United States.” (AP Photo/J. Scott Applewhite)

“People are beginning to realize that could be a pretty messy and unproductive process,” Sen. Ron Johnson, R-Wis., said Wednesday. “If you start opening up to witnesses, you start opening up to all witnesses. And so I think the president’s got to really decide, to what extent does he want to start going down that road versus just making a strong case.”


“People are beginning to realize that could be a pretty messy and unproductive process. If you start opening up to witnesses, you start opening up to all witnesses. And so I think the president’s got to really decide, to what extent does he want to start going down that road versus just making a strong case.” — Sen. Ron Johnson
Democrats would be expected to retaliate by trying to call the president’s senior-most advisers, including acting chief of staff Mick Mulvaney and Secretary of State Mike Pompeo, and his personal attorney, Rudy Giuliani.
Under Senate rules, McConnell’s ability to control the proceedings are limited. The Chief Justice of the United States, John Roberts, presides over the trial and any senator may be able to put a motion on witnesses up for a vote. That means defections by just a few GOP senators could thwart McConnell’s plans.
With the Republicans slim majority, it’s not at all clear they want to start down the path of a full-blown trial. Should they try to call the whistleblower or the Bidens to testify, they may not find enough votes of support from their ranks. At the same time, they would have to consider whether to accept or fend off witness requests from Democrats.
McConnell also worries that a prolonged impeachment trial would not benefit the handful of GOP senators setting out in the new year on potentially tough reelection bids. Swing state Sens. Susan Collins in Maine, Cory Gardner in Colorado, Joni Ernst in Iowa and Martha McSally in Arizona are among those whose actions will be closely watched. They would much rather be talking about the economy or the pending U.S.-Mexico-Canada trade agreement than engaging in a prolonged, unpredictable impeachment trial.

A Divide Has Emerged Between Aides and Allies

But Republicans also acknowledge they are unlikely to find the 51 votes needed to dismiss the charges against the president outright. Some vulnerable lawmakers and Trump skeptics, such as Sen. Mitt Romney of Utah who has said he is troubled by Trump’s actions, will insist on some semblance of trial.
Comparisons are being made to the confirmation of Brett Kavanaugh to the Supreme Court, in which the Senate had to deal at length with allegations of sexual misconduct, though his confirmation by the Republicans was becoming increasingly apparent.
“I think the American people are pretty tired of this,” says Sen. Pat Roberts, R-Kan. “I think if we can honor the White House’s concern, OK. But let’s do it in a reasonable time limit. We don’t need six weeks like we did with Clinton.”

Around the White House, a divide has emerged between aides and allies embracing the president’s call to use the Senate trial to get back at Democrats and those, particularly in the White House counsel’s office, advising him to heed the warnings of the GOP lawmakers.
On Wednesday, senators invited some of Trump’s top House allies, including Rep. Jim Jordan of Ohio, to lunch to provide an overview of the case. And lawmakers huddled last week with top White House officials to caution against a path toward an explosive Senate trial.
McConnell says no decisions have yet been made, and the Senate’s calendar for the new year has conspicuously left off the schedule for January. McConnell’s task in the days ahead will be to survey his conference and work with the president to find common ground.

Students in Pajamas, Gifts From Santa at Kirk Elementary