SAN FRANCISCO — Two murder suspects who escaped from jail in Salinas over the weekend were arrested by federal officials, authorities said Wednesday.

The Monterey County Sheriff’s Office said in a tweet that Jonathan Salazar, 20, and Santos Fonseca, 21, were arrested by Customs and Border Protection officials. It says it will have more information at a news conference later Wednesday morning.

Salazar was reported to be at a motel in Marina about 10 miles from the Marin County jail in Salinas, but authorities found no one there Tuesday night after a nearly eight-hour standoff.

Salazar and Fonseca escaped Sunday from the jail after climbing thorough a hole they made in the ceiling of a bathroom, squeezing through a hollow wall and kicking open a hatch.

Both had been in custody since 2018 and were awaiting trial on murder counts and “numerous other felony charges” in separate cases.

Investigators have not yet determined how long they worked on making the hole or if anyone else helped them escape the jail in the farming city of about 160,000 people roughly 100 miles south of San Francisco. They were reported missing at 8:15 a.m. Sunday. 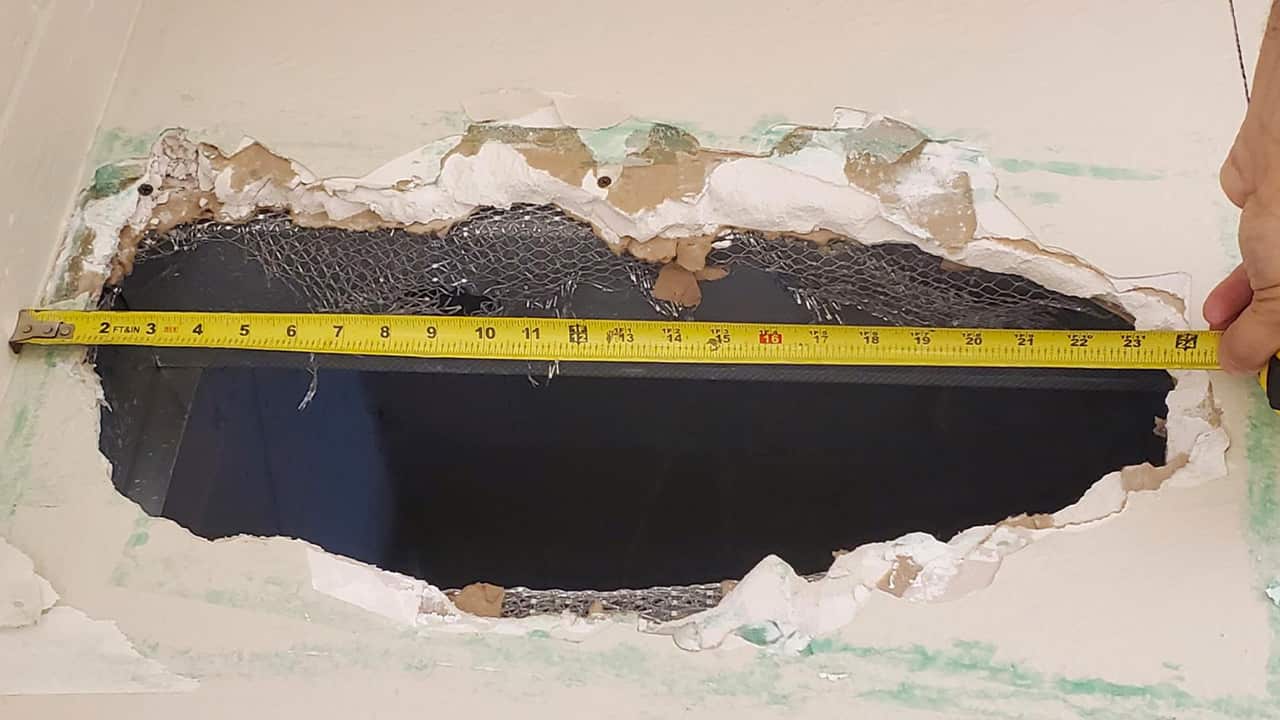 This photo provided Monday, Nov. 4, 2019, by the Monterey County Sheriff’s Office shows a hole that Santos Fonseca and Jonathan Salazar escaped through in the county jail in Salinas, Calif. Two murder suspects escaped the jail over the weekend after climbing through the hole they made in a bathroom ceiling in their housing unit and then working their way through a wall until they reached a hatch they kicked open to leave the building, an official said Monday, Nov. 4, 2019. (Monterey County Sheriff’s Office via AP)

Salazar was arrested in the shooting death of a 20-year-old man as the victim drove in Salinas with his girlfriend and 18-month-old son. The woman was shot and treated at a hospital, while the child wasn’t hurt.

Police investigated the Oct. 12, 2017, shooting as gang-related. Officers said his tattoos, including the letter P on his cheek, refer to his Sureño offshoot gang, La Posada Trece, the Californian reported. His trial was scheduled to begin in January.

Fonseca is charged with shooting a 37-year-old man to death on June 2, 2018, while the victim sat in his car on a video call with his wife in Mexico, the Californian reported.

She saw a scuffle, heard her husband screaming “no” and then gunshots rang out, Salinas police Officer Froylan Aranda said.

Fonseca told police that his gang leader told him to kill someone to prove he was still loyal to the “Boronda gang,” detective Gabriela Contreras testified. The victim was reportedly chosen at random.

Three days later, Fonseca shot and killed a 27-year-old man in a Salinas park, authorities said. He told police that the gang leader also ordered the slaying and that he picked his girlfriend’s ex-boyfriend “to send him a message,” Contreras said. 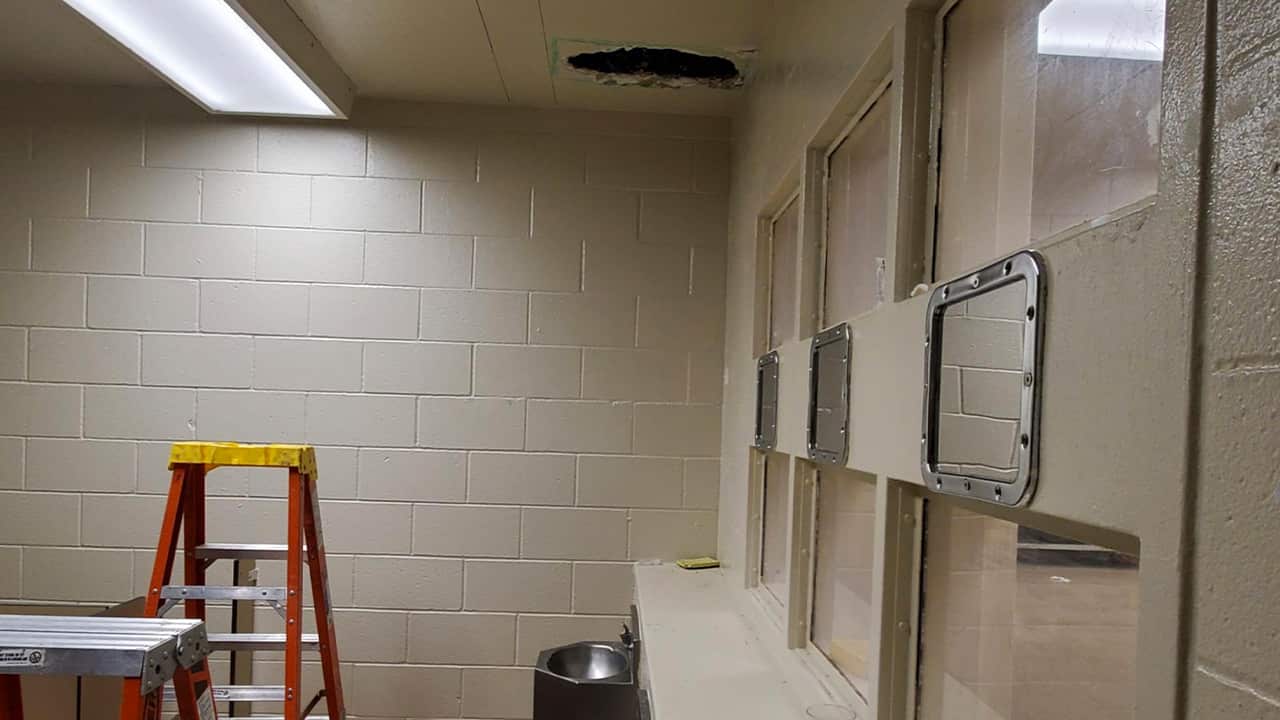 Photo provided by the Monterey County Sheriff’s Office shows a hole cut into the ceiling and the area that Santos Fonseca and Jonathan Salazar escaped from in the county jail in Salinas. The two murder suspects escaped the jail over the weekend after climbing through the hole they made in a bathroom ceiling in their housing unit and then working their way through a wall until they reached a hatch they kicked open to leave the building. (Monterey County Sheriff’s Office via AP)