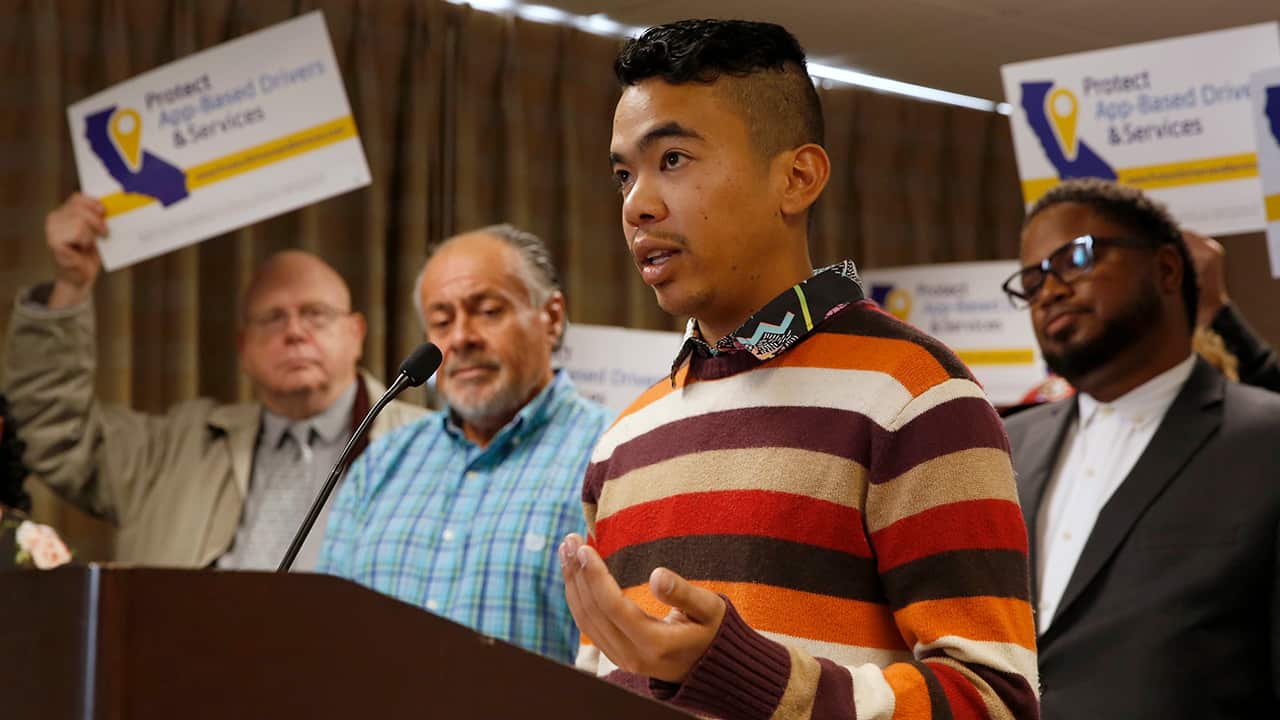 SACRAMENTO — Some of the country’s largest ride-sharing companies announced a ballot initiative Tuesday that would let them continue to treat drivers as independent contractors while also guaranteeing them a minimum wage and money for health insurance.
The Legislature enacted AB 5 this year requiring ride-sharing companies to treat drivers as employees, which would let them form a union and entitle them to benefits like a minimum wage and workers compensation.
But the initiative proposed Tuesday would exempt ride-sharing companies from the law. If passed by voters, it would supersede the Legislature’s action and any similar ordinances passed by local governments. It also prevents lawmakers from passing another law to block it.

The proposal will only get on the ballot in November 2020 if supporters can gather roughly 660,000 signatures from registered voters. Uber, Lyft and DoorDash have already pledged $90 million to support the effort, making it one of the most expensive ballot measures ever.
“We believe the nature of this work is truly unique,” said Brandon Castillo, spokesman for the Protect App-Based Drivers & Services Coalition. He said lawmakers are “forcing an employment model that just doesn’t work for the nature of this work.”

Castillo noted the coalition is willing to negotiate with lawmakers. If the Legislature passes a similar law by June 25, they would withdraw the ballot measure, he said. Carla Shrive, right, who drives for various gig into companies, joined other drivers to support a proposed ballot initiative challenging a recently signed law that makes it harder for companies to label workers as independent contractors. A group called Protect App-Based Drivers and Services announced Tuesday that it will push a ballot initiative guaranteeing that drivers remain independent contractors but also receive a minimum wage and money for health insurance. (AP Photo/Rich Pedroncelli)

‘For Most of Us This Isn’t a Side Job’

The proposal is already dividing drivers. Edan Alva, a Lyft driver, criticized the companies for assuming most drivers are only seeking to supplement their income.