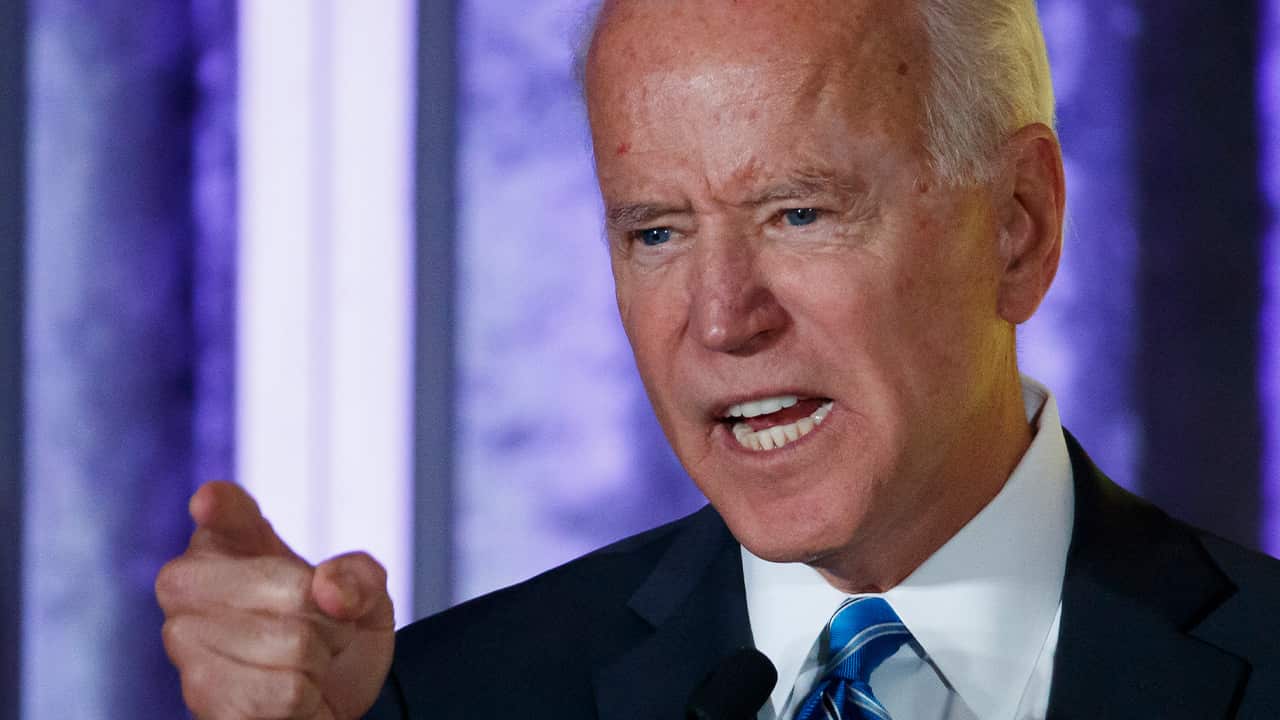 WASHINGTON — Joe Biden is confronting growing anxiety among would-be allies in the Democratic establishment about his ability to win the presidential nomination following underwhelming debate performances, lagging fundraising and withering attacks from rivals in his own party and from President Donald Trump.
The former vice president’s bank account is better suited for a city council race than a presidential election, warns Terry McAuliffe, a former Virginia governor and Democratic National Committee chairman. Democratic donor Robert Zimmerman describes group “therapy sessions” with some party financiers haranguing the direction of the race. And in New Hampshire, state House Speaker Steve Shurtleff is leaning toward backing Biden, but says “people wish he’d be a little more forceful.”
Their concern is heightened by the rise of Elizabeth Warren, a progressive long viewed by current and former elected officials, big donors and veteran strategists as too liberal to beat Trump in the general election. Warren and Biden are essentially tied at the top of the race with the rest of the field lagging behind.
With first votes in the Democratic primary fast approaching, the new dynamic is sparking widespread frustration among establishment Democrats who have increasingly begun to speak out about the direction of the 2020 contest as they implore Democratic donors sitting on millions of dollars to get off the sidelines to bolster Biden’s candidacy.
“Every dinner party and cocktail party becomes a therapy session,” said Zimmerman, a member of the Democratic National Committee based in New York.
The same alarms are going off on the West Coast.
“Why are they are not being more supportive of the vice president, who is a centrist?” said Michael S. Smith, a major Democratic donor and Biden supporter in Los Angeles. “If you’re worried about a flood, don’t you start piling up sandbags? I don’t understand the lack of support.”

Others direct their concerns at Biden.
McAuliffe, a former chairman for Bill and Hillary Clinton’s presidential campaigns, seized on Biden’s fundraising and his pace of spending to raise questions about the campaign. In an interview, he said it might be time to fire some campaign consultants. Despite the worries, Biden’s support among primary voters shows no sign of cratering — even with Trump and his allies trying to dig up dirt on Biden’s son’s work in Ukraine. While Warren has gained on Biden in many polls and fundraising, the former vice president has remained roughly steady in polls of national Democratic voters.
And perhaps most importantly, he is still the strong favorite among black voters whose support is decisive in a Democratic primary.
Still, anxious donors, party officials and strategists see the need for a stronger national organization. That means competing more aggressively with Warren’s ground game in the four early states of Iowa, New Hampshire, Nevada and South Carolina, while building out an expansive operation for the Super Tuesday calendar and other states that follow.
Biden’s strategy leans heavily on that kind of sustainable, long-term campaign, because his coalition is anchored by non-white voters and white moderates who have much stronger sway in states that come after the initial Iowa caucuses and New Hampshire primary. His campaign acknowledges as much, with aides insisting that Biden doesn’t have to win either of the first two states to win the nomination.
But there’s considerable risk in that approach, with a worst-case scenario for Biden coming if he falls short of expectations in Iowa and New Hampshire, then doesn’t have enough money to counter negative perceptions with his own advertising and outreach, setting him up to lose support from nonwhite voters and white moderates that he’d need in Nevada, South Carolina and diverse Super Tuesday states.
“A lot of people are with Biden because they think he can win. He’s got to make people continue to believe that,” said Carol Fowler, a former South Carolina party chairwoman who remains uncommitted. Holding that “soft” support would become harder if another candidate, particularly one of the female candidates, gathers momentum ahead of South Carolina, Fowler argued.

Some Democrats Still See a Biden Upside in the Dynamics

Up in New Hampshire, which will host the nation’s first presidential primary in February, House Speaker Shurtleff is concerned about Biden’s weak fundraising performance and stagnant polling.
“Nothing’s changed,” said Shurtleff, who describes himself as a centrist leaning toward Biden.