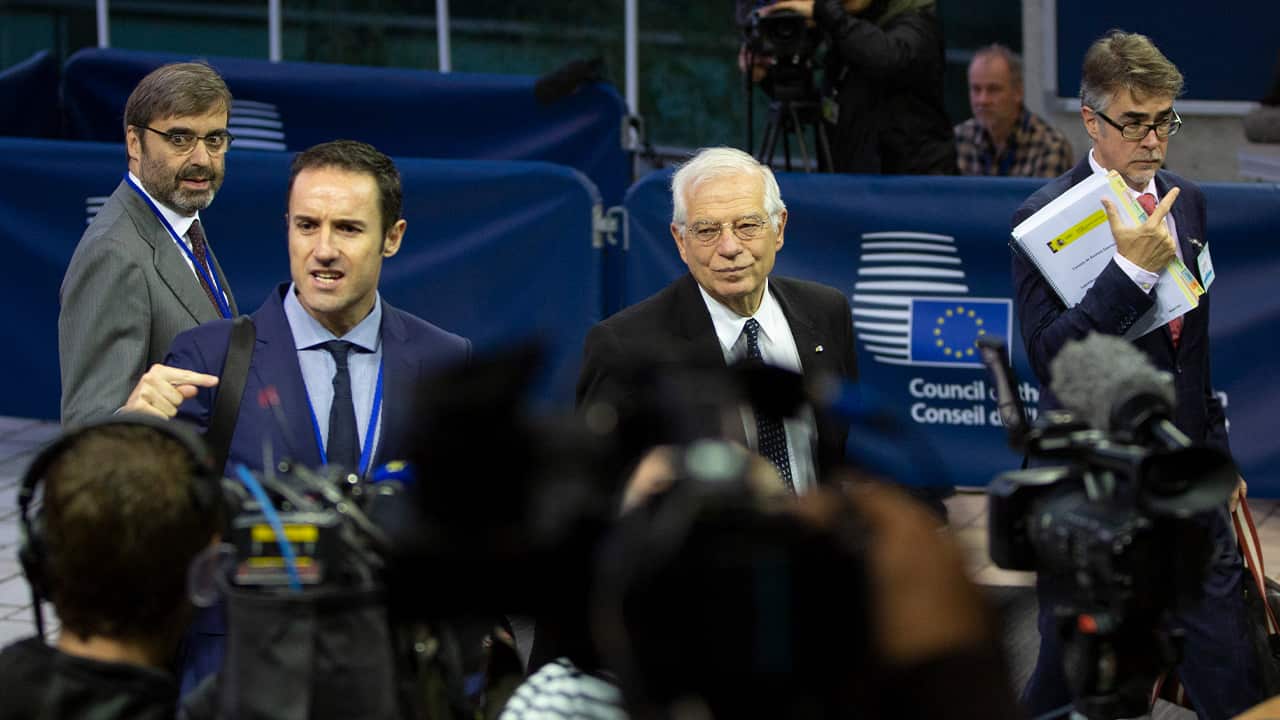 LUXEMBOURG — European Union nations vented outrage Monday at Turkey’s military offensive in northern Syria against the Kurds and joined France and Germany in banning arms sales to Ankara, a rare move against a NATO ally for many of them.

And even though both sides agreed upon a deal in 2016 to stop migrants from traveling westward from Turkey to the European mainland, Erdogan is now wielding that like a cudgel. Since his operation in northern Syria began last week, he has sought to quell Europe criticism of it by warning that he could “open the gates and send 3.6 million refugees your way.”
Dutch Foreign Minister Stef Blok said Monday that “we should not cave in to blackmail.”
Despite such abrasive relations, Turkey’s links with most EU nations are cemented through the NATO alliance and its commitment to stand by each other’s side in times of need. NATO’s Article 5 says an attack on one member of NATO is an attack on all.
Erdogan on Monday criticized his European allies, saying “We are a NATO ally. Please note that these countries are all NATO countries.”
He added “Whose side should they be on, according to Article 5?”
Still, many think Turkey crossed more than just a physical border when it went into northern Syria last week to attack Syrian Kurdish strongholds — it also endangered the fight against Islamic State militants.

‘These Gains Must Not Be Jeopardized’

NATO Secretary General Jens Stoltenberg made that point Monday, telling NATO’s Parliamentary Assembly in London that he expects “Turkey to act with restraint and in coordination with other allies so that we can preserve the gains we have made against our common enemy:” the Islamic State group.