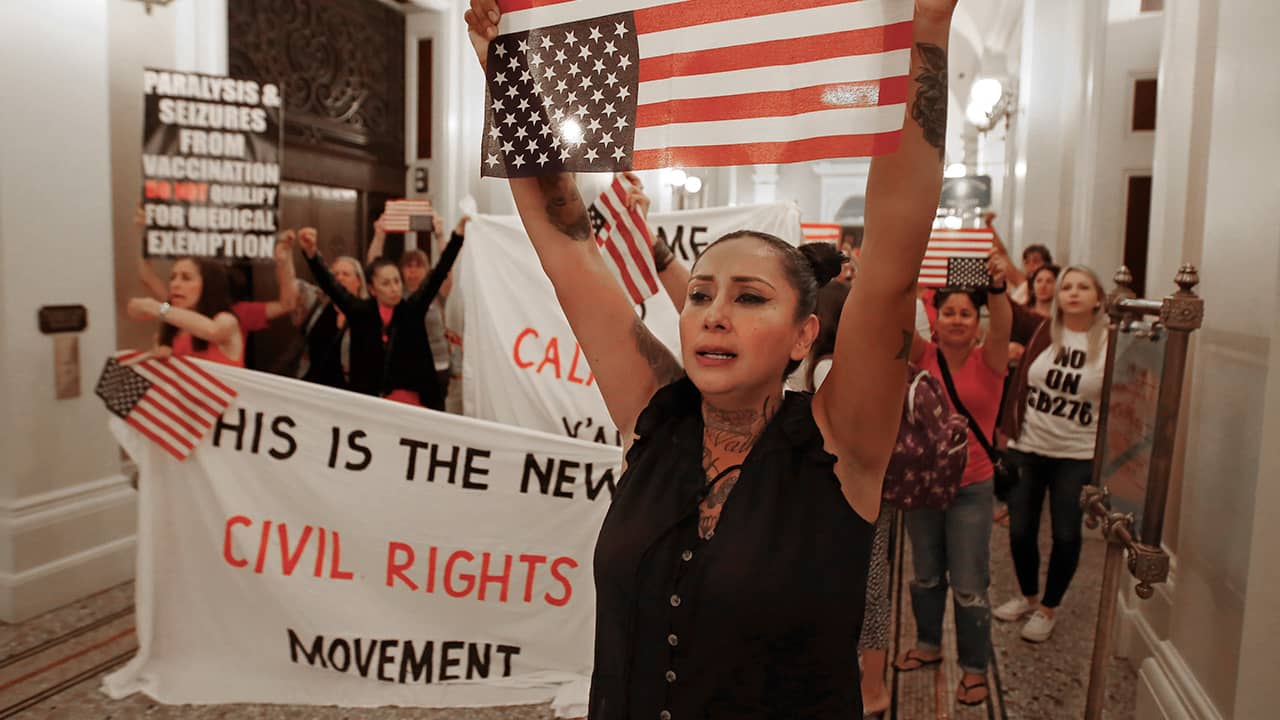 SACRAMENTO — Medical groups and a lawmaker behind California legislation to crack down on vaccine exemptions said Wednesday they were surprised by Gov. Gavin Newsom’s last-minute call for changes to the bill, a move that inserted fresh uncertainty into one of the year’s most contentious issues.

Enforcement Will Start Next Year

“We’re very much looking forward to the governor keeping his word and signing it” as is, said Kris Calvin, chief executive of the American Academy of Pediatrics, California.
The bill by state Sen. Richard Pan, a Sacramento Democrat, would allow state public health officials to investigate doctors who grant more than five medical exemptions in a year and schools with vaccination rates of less than 95%. He said lower vaccination rates erode the “community immunity” that limits measles outbreaks like those that reached their highest level in decades this year and that intent of his bill is to “keep children safe.”
Newsom’s newly proposed amendments would say enforcement will start next year, meaning doctors who previously granted a high number of medical exemptions won’t face scrutiny. They would also remove a requirement that doctors swear under penalty of perjury that they are not charging fees to fill out medical exemption forms or conducting related medical examinations.
They would insure that an expert panel reviewing appeals of exemption denials could consider additional information from the doctor beyond the exemption form. And they would exempt the individual medical forms from being made public.

Opportunities for additional changes are limited, as lawmakers must wrap business for the year by Sept. 13. As of Wednesday, Newsom’s changes had not been written in bill form.
State senators appeared confused by the developments as they voted to send the legislation to Newsom’s desk.
Democratic state Sen. Ben Allen of Santa Monica said he woke up to media accounts of “a whole slew of amendments that the governor had put forward.”

“I just wanted to get an understanding what’s going on here in regards to these proposed amendments,” he told Pan.


“I just wanted to get an understanding what’s going on here in regards to these proposed amendments.” — Sen. Richard Pan, a Sacramento Democrat
Pan said that while there was some discussion of possible amendments last week, he’d had no contact with Newsom’s office since the bill cleared its last legislative committee and advanced to final votes in the Assembly and Senate.
Protesters yelled from the Senate gallery during and after the lengthy debate, forcing the Senate to recess while order was restored. They then turned their attention to Newsom, gathering outside his office with banners, including one that read, “This is the new civil rights.” Daniel Zingale, a top Newsom adviser, met privately with some protesters.
“The most important Democrat, the only one left now, is Gavin Newsom,” anti-vaccine activist Heidi Munoz Gleisner told a crowd of activists standing outside Newsom’s office Wednesday after the state Senate sent the bill to his desk. Opponents have criticized the bill as infringing on the child-parent and doctor-patient relationships.
Gleisner, a mom of two from the San Francisco Bay Area, urged people to keep up the pressure on Newsom by posting on social media that the bill is not creating a “#CaliforniaForAll,” the slogan Newsom’s office has used to promote his policies, and to send similar messages to Siebel Newsom, the governor’s wife.
Anti-vaccine activists have been flooding Siebel Newsom’s Instagram account with comments opposing the bill and Gleisner said they see her as a potential ally. Spokespeople in Newsom’s office did not respond to requests for comment about Siebel Newsom’s position on the bill and whether she had expressed concern.
Related Topics:CaliforniaexemptionsGov. Gavin NewsomJennifer Siebel NewsomMedical groupsstudentsvaccine
Up Next