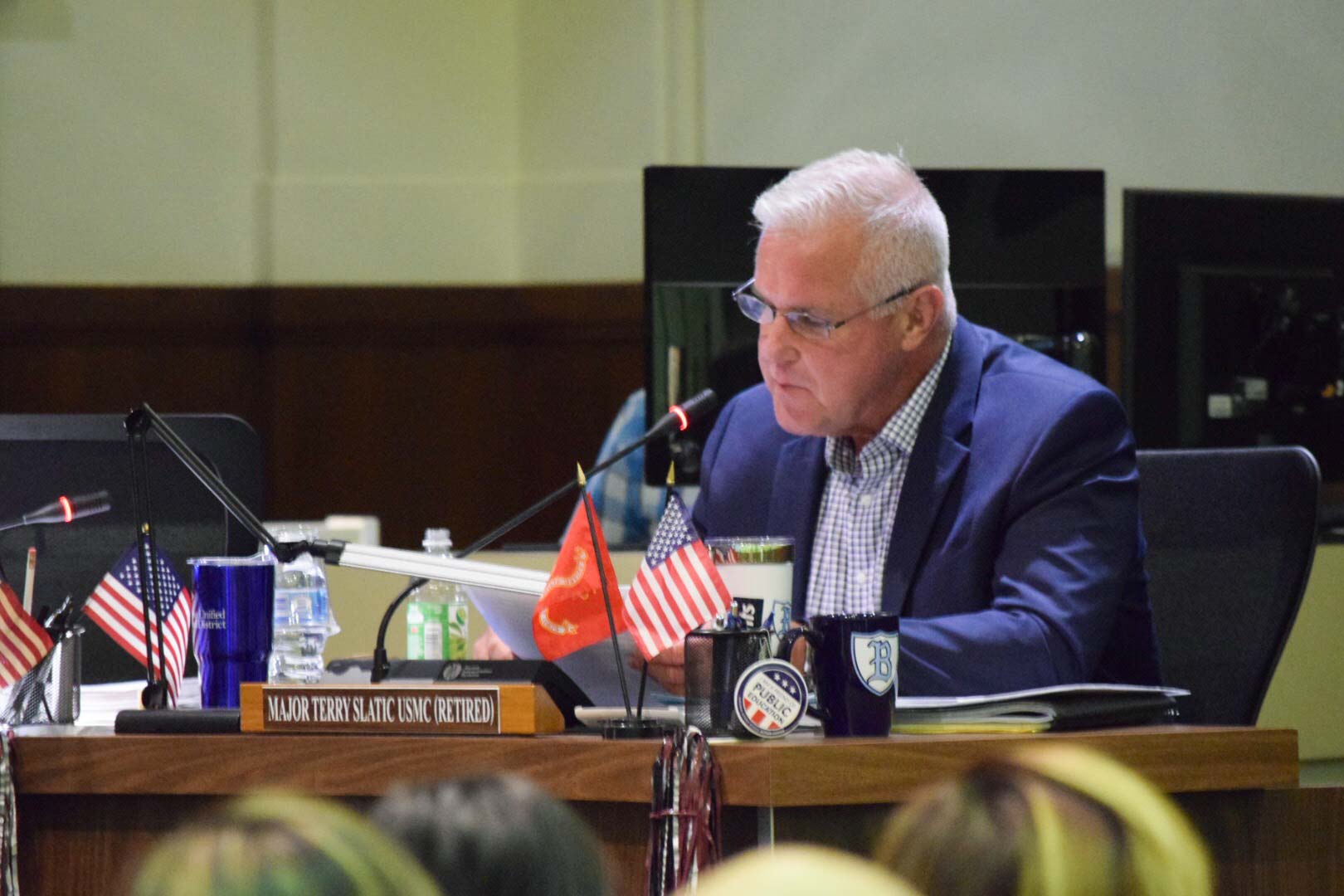 The group seeking to recall Terry Slatic as a Fresno Unified trustee is official. “Recall Slatic – FUSD Trustee District 7” filed its paperwork with the county clerk to raise funds.
The recall group continues to meet to map out its plan. The first step is to file a Notice of Intention with the Fresno County clerk’s office. According to clerk Brandi Orth, she has not received that paperwork.

Once the official recall petition is underway, the group has 120 days to collect what they anticipate will be the required 10,000 signatures. If they succeed, the district will schedule a special recall election.
Meanwhile, Rev. Floyd Harris, Jr. of New Light For New Life Church Of God announced on Facebook a planned protest at Bullard High during their opening football game of the season Aug. 30, regarding the blackface incident from earlier this year.
“The African American community demands the white cheerleader who painted her face BLACK to be kicked off the team,” he wrote.
Harris said that parents are concerned that the district allowed the girl involved in the video to return to the cheerleading team.
“I don’t believe the parents have been heard. What has transpired with the young lady, painting her face black … her behavior is out of context in this day and age,” Harris said.
Slatic held a meeting with the cheerleading team last month to discuss the subsequent treatment of the girl in the video. That meeting upset many in the Bullard community, and is under investigation by the district.
Harris will hold a planning meeting tonight (Aug. 20) at 7 p.m. at his church (1106 W. Woodward). 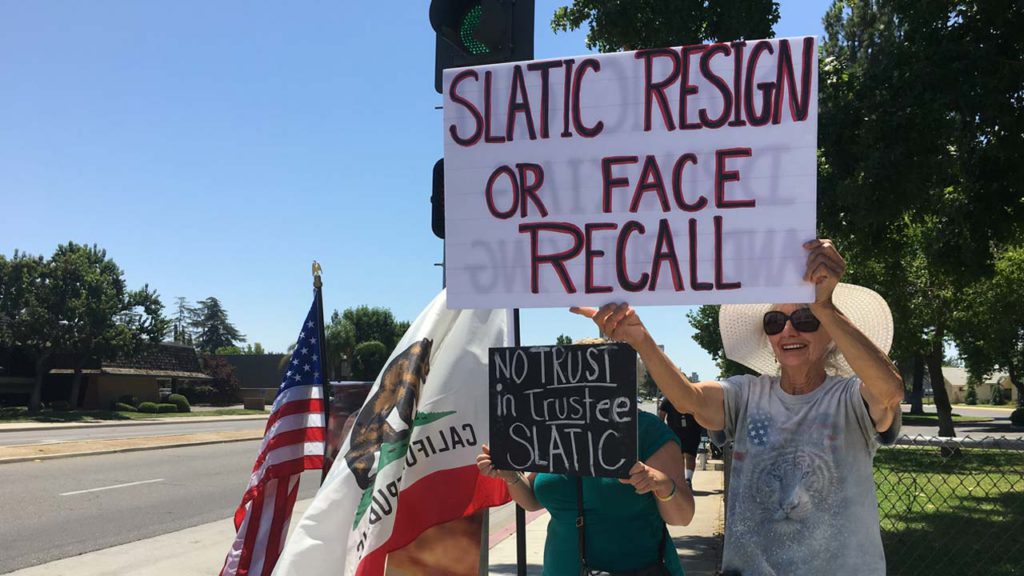 Presidential Candidates in California, but Not Fresno

Politico reports at least 13 presidential candidates will appear in San Francisco on Friday for the state Democratic Party’s summer meeting. According to the publicly released schedules, none of them will make a Fresno stop.
Sen. Bernie Sanders (I-Vermont) will visit Chico and Sacramento. Sen. Elizabeth Warren (D-Massachusetts) will appear in Los Angeles. So will Sen. Cory Booker (D-New Jersey).  Neither Rep. Seth Moulton (D-Massachusetts) nor businessman Andrew Yang (D-New York) will be in the Central Valley, their respective campaigns said.
Eight other candidates have not yet released their public schedules, but if one is to visit the area, that would be news to Fresno County Democratic chairman Michael Evans.
Thus far, only two candidates have come through Fresno: South Bend, Indiana Mayor Pete Buttigieg, and former HUD Secretary Julián Castro.

How few Republicans are there in the state Legislature? Not enough to field a softball team.
As Capital Public Radio reported last week, the annual softball game saw two bipartisan teams dubbed “Grizzlies” and “Waves” instead of the usual GOP vs. Democrat format.
“There are so few Republicans,” Assemblyman Tom Lackey (R-Palmdale) said. “It’s quite an imbalance.”
For the record, the Grizzlies defeated the Waves, 24-22

Speaking of the Grizzlies, Fresno’s AAA baseball team went into hibernation early. With Monday night’s loss at El Paso —the Grizzlies’ fifth in a row — the team is 3-22 in its last 25 games.
Fresno returns home for a season-concluding eight-game homestand Aug. 26.
On Aug. 6, The Washington Post reported that the Grizzlies’ big-league parent, the Washington Nationals, was less than thrilled by their cross-country relationship. That has resulted in the Nationals stocking their Double-A affiliate in Harrisburg, Pa., with better players than otherwise would be expected.

The “Nationals have all but abandoned Fresno as a legitimate place to keep fringe major league players whom they could need on short notice. The team has nearly as many players on its 40-man roster in Harrisburg (four) as it does in Fresno (five),” The Post’s Sam Fortier wrote.

“They treat us great over there. It’s a great facility to play in,” Nationals general manager Mike Rizzo said of Fresno. “It’s [just] difficult geographically to move players back and forth.”

A Clovis Unified Trustee Will Retire in 2020. Who Wants the Seat?

Grandson of Indian Immigrants Is Fresno State Ag One President