US Stocks Steady After Plunge, but Caution Reigns 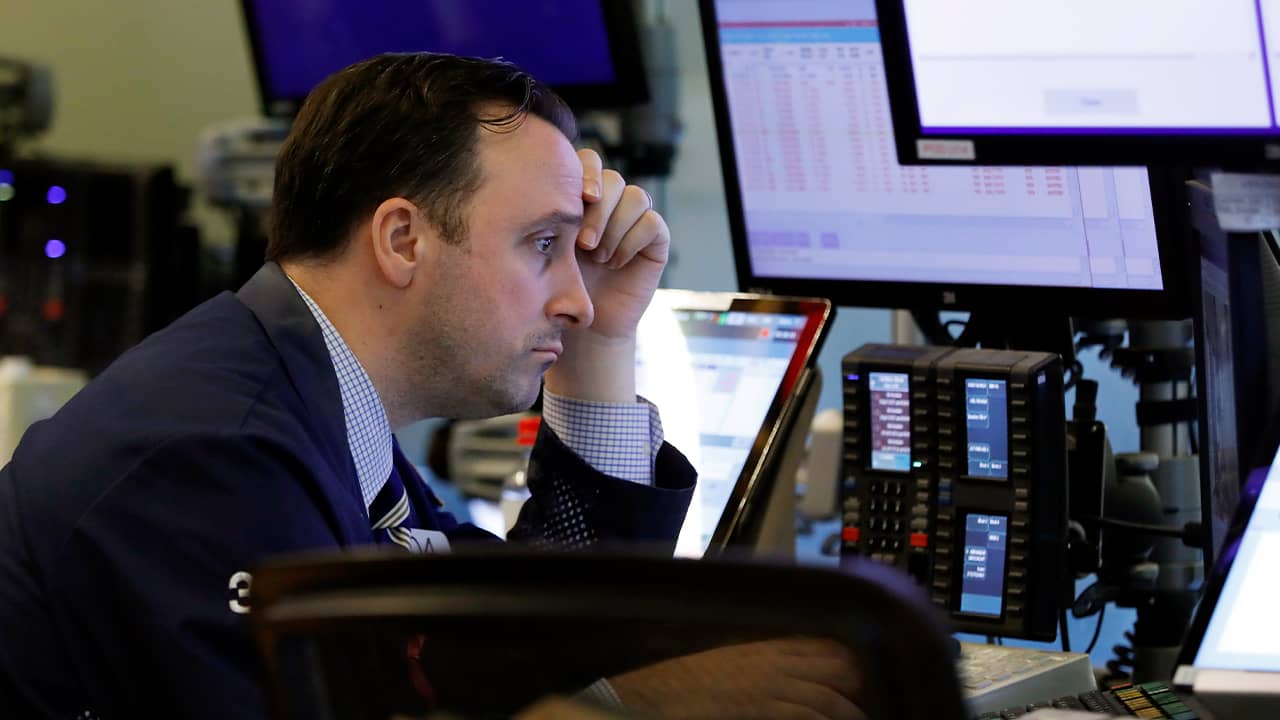 NEW YORK — Stocks around the world remained stuck in the spin cycle Thursday, as worries about a possible recession collided with hopes that the strongest part of the U.S. economy — shoppers spending at stores and online — can keep going.

Trade War Isn’t the Only Worry for Investors

The S&P 500 was down 1 point as of 11:13 a.m. Eastern time, after flipping between a loss of 0.2% and a gain of 0.6%. A day earlier, it plunged 2.9%.
The Dow Jones Industrial Average slipped 28 points, or 0.1%, to 25,450, and the Nasdaq composite fell 0.3%.
Consumer spending makes up the bulk of the U.S. economy, and shoppers have been carrying the economy recently amid worries that businesses will pull back on their spending due to all the uncertainty created by the trade war. Other economies are slowing as the trade war is doing damage to manufacturers around the world.
Those concerns helped drive the yield on the 10-year Treasury to 1.54% Thursday, down from 1.58% late Wednesday and from more than 3% late last year. The 10-year yield has sunk so much that it dropped below the yield of the two-year Treasury Wednesday, a rare occurrence and one that has historically suggested a recession may be a year or two away.
The 30-year Treasury yield fell to 2.01% from 2.02% and earlier dropped below 2% to a record low, a sign of concern among investors. When worried about weaker economic growth and inflation, they tend to pile into Treasurys, which pushes up their prices and in turn pushes down yields.
The trade war isn’t the only worry for investors. The United Kingdom’s pending exit from the European Union, political unrest in Hong Kong and a totally separate trade war between South Korea and Japan are all adding to the gloom.
“The countdown to a recession has just started,” said Hussein Sayed, Chief Market Strategist at FXTM.

The worries have pulled the S&P 500 down 4.3% so far this month, while other markets are down even more sharply. The S&P 500, though, remains within 6% of its record set late last month.
“The fact is that no one actually knows what is next for the markets,” said Fiona Cincotta, senior market analyst at City Index. “However, the signs flashing from the markets are not great.”
Cisco Systems plunged 7.4% for one of the sharpest losses in the S&P 500 after the technology giant gave a profit forecast that fell short of some analysts’ expectations. Technology stocks in the S&P 500 were weak in general, but gains for stocks of companies that sell consumer products, and tend to hold up in times of economic weakness, helped offset them.


“The fact is that no one actually knows what is next for the markets. However, the signs flashing from the markets are not great.” — Fiona Cincotta, senior market analyst at City Index
Besides Walmart’s surge, Procter & Gamble rose 1.4%, and Coca-Cola gained 1.2%.
In Europe, Germany’s DAX sank 0.7%, while France’s CAC 40 lost 0.3%. The FTSE 100 in London dropped 1.1%.
Japan’s Nikkei 225 fell 1.2%, and the Hang Seng in Hong Kong rose 0.8%.
Commodity prices, which have been swinging sharply on worries that a weaker global economy will dent demand, were lower. Benchmark U.S. crude fell 55 cents to $54.68 per barrel. Brent crude, the international standard, lost $1.20, or 2%, to $58.28.
Gold, which has rallied when worries about the economy have grown, added 40 cents to $1,528.20 per ounce.
Related Topics:bond marketPresident Donald TrumprecessionS&P 500stockstradingwarning signal
Up Next