Americans Are Gobbling Up Plant-Based Burgers 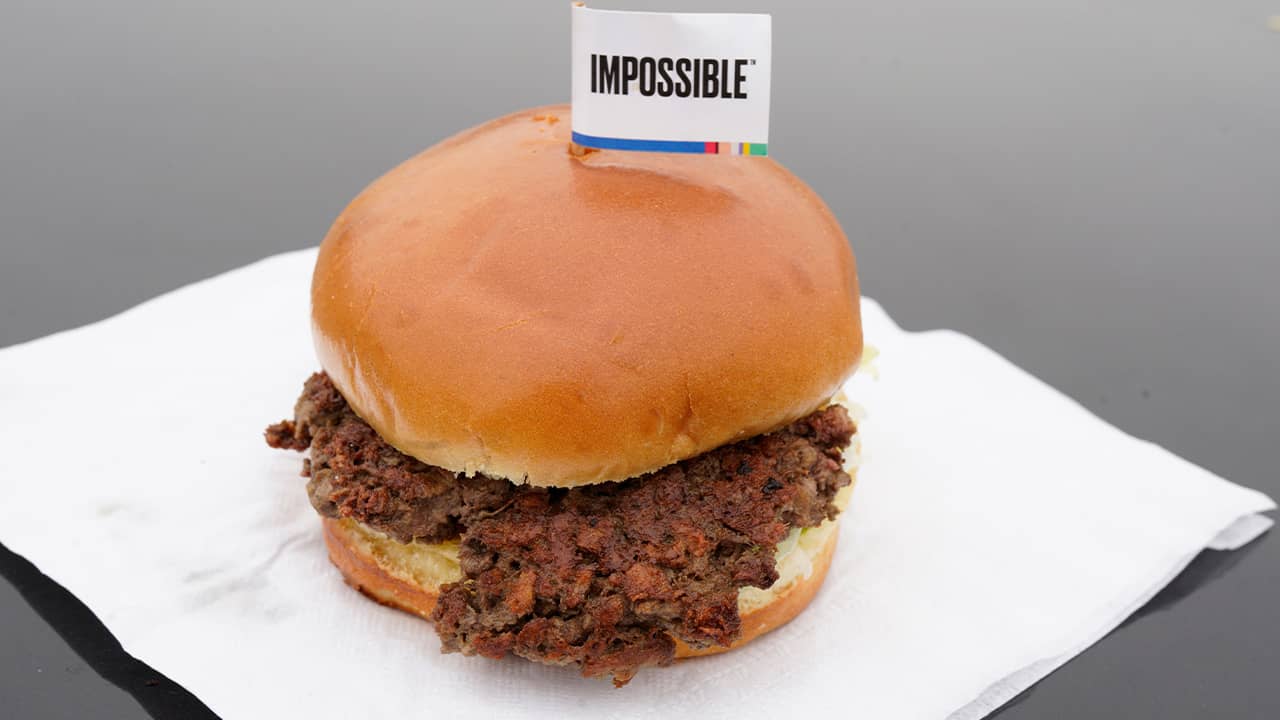 After months of shortages, Impossible Foods is partnering with a veteran food production company to ramp up supplies of its popular plant-based burgers.
The Redwood City, Calif.-based startup is partnering with OSI Group, an original supplier to McDonald’s and one of the world’s largest food producers. OSI, based in Aurora, Ill., will immediately begin production of the Impossible Burger at one of its Midwest plants and expand to other facilities soon.
Impossible Foods has been struggling since April to meet demand from customers, including big chains like White Castle and Burger King. Over the last two months it doubled employment at its 68,000-square-foot Oakland, Calif., plant to 200 people, and it made a record volume of burgers in June. But that still wasn’t enough. On Wednesday, the company confirmed that it plans to sell the Impossible Burger at grocery stores beginning in September.

Impossible isn’t the only company having trouble meeting the scorching demand for plant-based meat. U.S. sales of meat alternatives have grown an average of 8% per year for the last five years, according to Nielsen. Meat sales were flat in the same time period.
The successful IPO of Beyond Meat, a California plant-based burger and sausage maker, has further stoked the interest of consumers and investors. Beyond Meat’s share price has leapt nearly 700% since its May debut on the Nasdaq.

The Impossible Burger Is Sold at 10,000 Restaurants Worldwide

Beyond Meat dealt with shortages throughout 2017 and 2018. It responded by increasing capacity at its Missouri production facility, but also by partnering. In May, it signed an agreement with Zandbergen World’s Finest Meat to produce Beyond Meat products in the Netherlands.

“After the product quality and branding is in place, I think the most important thing for these companies is to grab market share as quickly as they can,” said Nick Cooney, managing partner of Lever VC, a New York venture capital firm that invests in plant-based meat companies.
But Rebellyous founder and CEO Christie Lagally said co-manufacturing isn’t ideal, since plant-based companies have to compete for time and space with other products. Machines used for meat also aren’t ideal for use with plant-based products, she said.
Eric Schiffer, the CEO of The Patriarch Organization, a private equity firm, thinks it’s “bone-headed” for plant-based meat companies to form partnerships because they risk losing their core intellectual property.
Woodside said that was a concern, but OSI is making the Impossible Burger in an area separate from other companies and Impossible retains all intellectual property rights. He also said OSI has a long history of making food for competing restaurant chains. OSI would not reveal any of its current customers.
Woodside said Impossible had a lot of internal discussions about how to scale up, and had plans drawn up to go it alone. But the company ultimately decided it would be better to have an expert partner.
“We don’t have to do everything ourselves,” Woodside said.

Debate Takeaways: Should 2020 Democrats Go Big or Get Real?