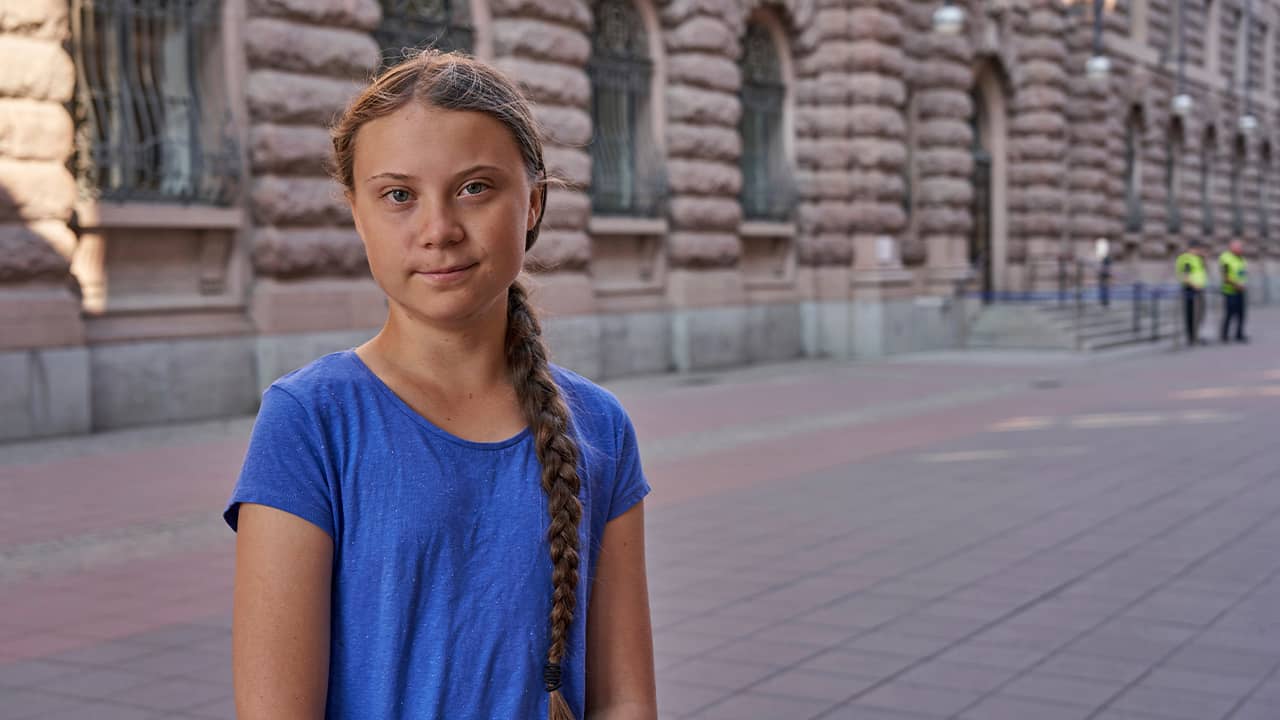 STOCKHOLM — Greta Thunberg, the Swedish teenager whose social media-savvy brand of eco-activism has inspired tens of thousands of students in Europe to skip classes and protest for faster action against climate change, said Monday she plans to take her message to America the old-fashioned way: by boat.
The 16-year-old tweeted that she’ll sail across the Atlantic aboard a high-tech racing yacht, leaving Britain next month to attend U.N. climate summits in New York in September and Santiago, Chile, in December.
Thunberg told The Associated Press ahead of her announcement that she spent months trying to figure out how to travel to the U.S. without using planes, which she has long shunned because of their high greenhouse gas emissions.

Cruise ships are also notoriously big polluters, while sailors rarely brave the Atlantic in August because of hurricane risks.
“Taking a boat to North America is basically impossible,” she said in an interview during her weekly “Fridays for Future” protest outside the Swedish parliament in Stockholm. “I have had countless people helping me, trying to contact different boats.”
Thunberg plans to take a year off from school to keep raising awareness of climate change and pressuring world leaders to step up efforts to curb global warming.
Since starting her “school strikes” in August 2018, the daughter of an actor and an opera singer has appeared before policymakers at last year’s U.N. climate conference in Poland and harangued business and political leaders at the World Economic Forum in Davos, Switzerland. She also met with Pope Francis, who praised Thunberg’s efforts and encouraged her to continue campaigning.

Although little-known in the United States, Thunberg has arguably become the figurehead for a new generation of European eco-activists worried that they’ll suffer the fallout from their parents’ and grandparents’ unwillingness to take strong actions to combat climate change. 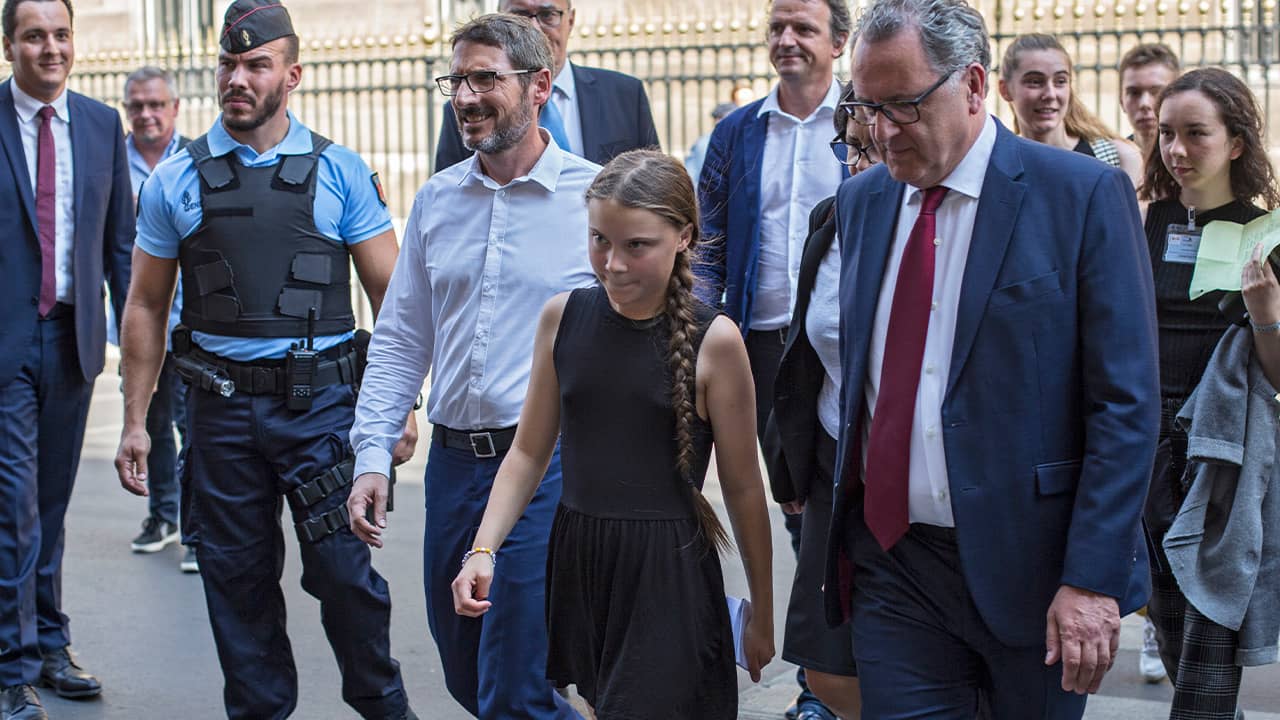 Thunberg Plans to Take Part in Protests in New York

“I don’t care about hate and threats from climate crisis deniers,” she said. “I just ignore them.”
Thunberg said she’s unsure how her message will be received in the United States, where there’s broad opposition to the kind of radical measures scientists say are required to limit global warming to 1.5 degrees Celsius (2.7 degrees Fahrenheit) by the end of the century compared with pre-industrial times.


“I don’t care about hate and threats from climate crisis deniers. I just ignore them.” — Thunberg
“I will just try to go on as I have before,” the young Swede said. “Just always refer to the science and we’ll just see what happens.”
Thunberg wouldn’t rule out meeting with President Donald Trump, who wants the U.S. to withdraw from the landmark 2015 Paris climate accord, but appeared doubtful such an encounter would happen because she thinks it would be “just a waste of time.”
“As it looks now, I don’t think so, because I have nothing to say to him,” she told the AP. “He obviously doesn’t listen to the science and the scientists. So why should I, a child with no proper education, be able to convince him?”
Aside from attending a summit hosted by U.N. Secretary-General Antonio Guterres on the sidelines of the global body’s annual assembly on Sept. 23, Thunberg plans to take part in several climate protests in New York. The British band The 1975s has released an album with a short essay by Thunberg set to music. It ends with her declaring “it is now time for civil disobedience. It is time to rebel.”
Thunberg stressed that she rejects violence, citing her school strikes for climate as the kind of action she backs. Last week she deleted a tweet showing her wearing a T-shirt with the slogan “Antifascist All Stars,” after some accused her of supporting far-left extremists.

“You can rebel in different ways,” she said. “Civil disobedience is rebelling. As long as it’s peaceful, of course.”
After New York, Thunberg intends to travel to the annual U.N. climate conference in December, held in Chile this year, with stops in Canada, Mexico and other countries along the way, traveling by train and bus.
The yacht she’ll be crossing the Atlantic with is a far cry from the Viking ships that first brought Scandinavians to America. The 60-foot (18-meter) Malizia II is fitted with solar panels and underwater turbines to generate zero-carbon electricity on board.

Thunberg will also be accompanied on the two-week journey by a filmmaker, her father Svante and Pierre Casiraghi, the grandson of Monaco’s late Prince Rainier III and American actress Grace Kelly.
“I haven’t experienced anything like this before,” Thunberg said, a giggle breaking her normally serious demeanor. “I think this will be a trip to remember.”
Thunberg will be setting a very high bar for the activists and leaders from outside the Americas who are attending the U.N. climate conferences, almost all of whom will likely be coming by plane.
“I’m not saying that people should stop flying,” she said. “I’m just saying it needs to be easier to be climate neutral.”