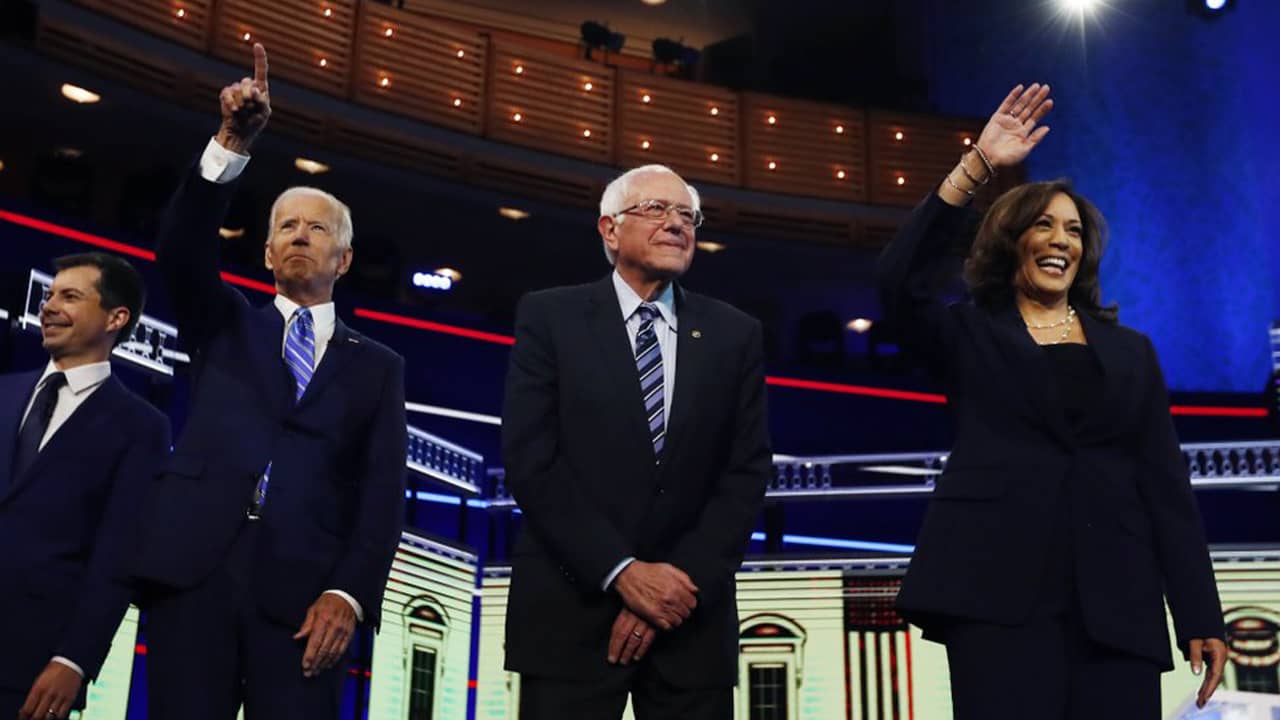 While California Sen. Kamala Harris has harvested more than $7.5 million here this year in her bid for the presidency, the mayor of South Bend, Indiana, outraised her in her own state in the year’s second quarter.

Even so, she bested Mayor Pete Buttigieg in California dollars in the past month. A sharp dip in his statewide fundraising numbers in June could suggest the multilingual millennial mayor may have reached the end of his honeymoon in California, despite the fact that his fundraising numbers nationwide remained robust.
Also worth noting: Vermont Sen. Bernie Sanders actually “won” more California zip codes than any other candidate — albeit with smaller donations.
That’s according to the latest batch of figures out from the Federal Election Committee. Every three months, the commission publishes a list of itemized donations — political contributions from any California donors who have given at least $200 a year.
We still may be more than 16 months — yes, that’s 476 days — before election day in November 2020, but this year Californians have thrown more than $26 million at the two dozen candidates hoping to win the Democratic nomination and take on President Donald Trump.
What else do the numbers tell us?
In short: The race for money largely mirror the polls, showing California’s donor class is gravitating toward the top five candidates. Harris, Buttigieg, Sanders, former Vice President Joe Biden and Massachusetts Sen. Elizabeth Warren all have jockeyed in both state and national surveys for the top spots. Together, the five have taken home more than 71% of California’s itemized donations in 2019.

Money may not count for everything in politics (just ask Jeb Bush, who spent $130 million in his run for president in 2016).

The top ten ZIP codes by total donations account for nearly 18% of all of California’s itemized donations this year so far.
Sanders, who did well in many rural swaths of the state in the 2016 primary, was the top fundraiser in more of California’s ZIP codes than any other candidate. By that measure, he led in 443 ZIP codes, beating out Harris’ count of 419 and Buttigieg’s 167.
The average Buttigieg donation was $418, and the average Harris donation was $371, while the average Sanders contribution was $66. In other words, Sanders may have been the most popular candidate in the largest number of neighborhoods across California — just not among big donors or in the neighborhoods where big donors tend to live.

Curious how the candidates are crafting their pitch for California voters? Read more here.
CalMatters.org is a nonprofit, nonpartisan media venture explaining California policies and politics.

US Women's Soccer Pay Gap More Complicated Than You Think

In California, We Long Ago Ended ‘War on Coal’