She also has a message for otherwise law-abiding citizens: Lock up your guns! If you don’t, they could end up used in robberies and murders. 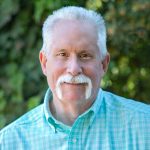 Here is what Smittcamp has to say about gangs, stolen guns, California’s sentencing reforms, human trafficking, and other topics.

A rash of shootings, along with the Advance Peace proposal, has focused attention on gangs in Fresno County. What are the best ways to curb gang involvement and gun violence?

It’s a very complicated issue. We’ve had (anti-gang) programs in Fresno that have been successful, but obviously not successful enough. There are not enough resources going into the effort and not enough participants in those types of programs. But we have to really look at it in a more systemic way. It starts in the home. We really have to focus parents on engaging with their children at a very young age about the opportunities that gang members will take when they see weaknesses in families. It’s really important to start not only educating children at a young age but also to educate their parents. That’s because a lot of people who get involved in gangs come from families that are very hard working people who have not engaged in (criminal activity). Some other gang members are from multigenerational gang families.

It’s important for parents to know that their children are susceptible to that type of life. That is key because we’re seeing people coming through the criminal justice system who are not necessarily hardened criminals but they’ve become shooters. These are very young people who are not sophisticated in their criminality and they’re killing people and they’re shooting children. They have what we call in the law a reckless disregard for human life and sometimes no regard at all for human life. And so I think we really have to look at what we’re doing as a society to encourage that type of ‘I’m going to get whatever I want and when people don’t do what I want, I’m gonna hurt them or shoot them’ mentality. That’s what we have out there. We also need to look at more than just extracting gang members who are ingrained in the life. We must look at the education that we give parents and young children. That’s a really important focus.

“It’s going to take a village to combat this because the number of people involved in gang activity in our community is overwhelming.”

I don’t think you can fix the gang problem in the Fresno City Council. You can’t fix it in the Fresno County Board of Supervisors. The DA can’t fix it. The police chief can’t fix it. It will take engaging the entire community, including our school districts. We need everyone working together. This isn’t a problem limited to one geographic area or one socioeconomic class. This is a countywide problem, and it’s going to take collaboration and the allocation of funds from everyone to address it through education, engagement, and prevention. 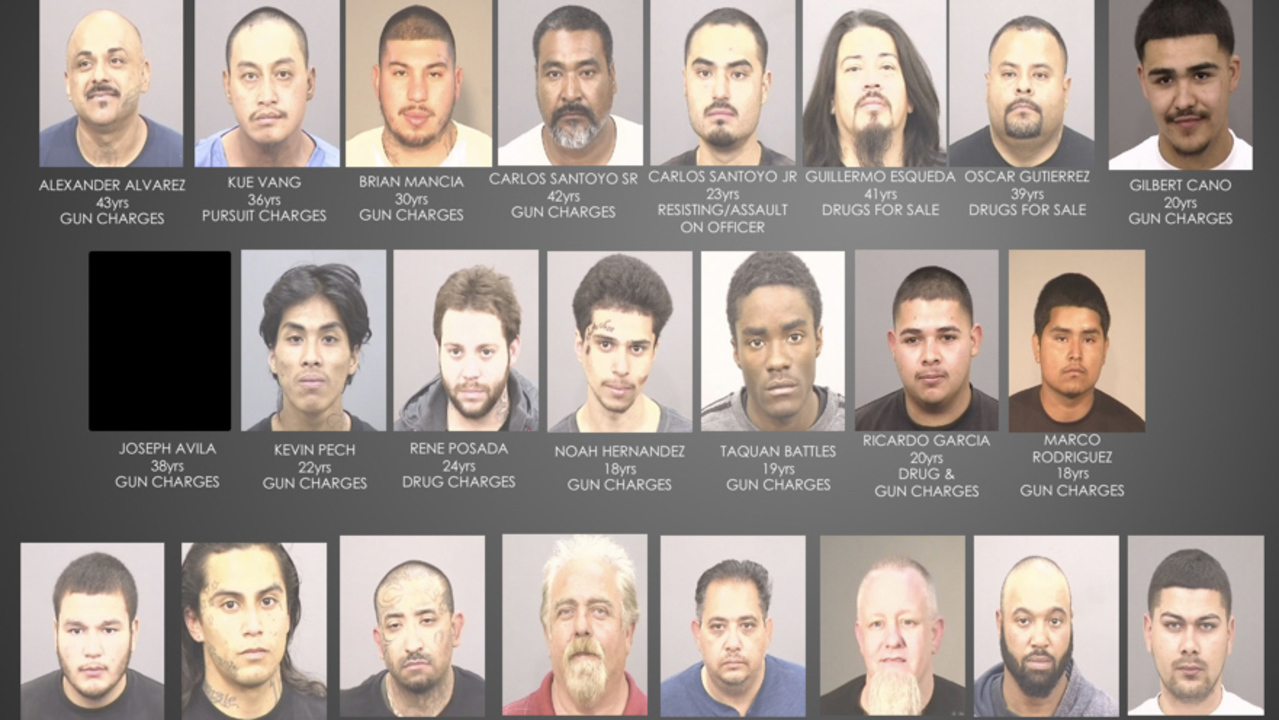 Mug shots of some of the 81 arrested in an April 2018 gang crackdown. (Fresno PD)

Is Advance Peace, which provides stipends of $300 to $1,000 a month to people exiting gangs, part of the solution?

The theory of Advance Peace is probably a very positive one. I just don’t know that Fresno should be ready to commit financially to that. I have spoken to law enforcement officials in Stockton and Sacramento and they have not seen the results that they hoped for with Advance Peace. I think we need to ask Advance Peace a lot of questions before we take $200,000 of city money and put it in their program. Handing cash over to anybody is always something that has to be looked at with serious scrutiny. I think you’d want to see at least five years of data.

How pervasive is the “Code of Silence?” What challenges does it present to successfully prosecuting those who kill and maim?

It’s probably more common than not. The law enforcement agencies on the streets who investigate the crimes deal with it more than we do. People are very reluctant to participate with law enforcement, and they’re very reluctant to participate in the prosecution. So, if the law enforcement agencies can’t get the information to us, we can never even file the cases. The secondary problem is that witnesses can be overcome by fear when it comes to testifying. Their mentality becomes ‘the person who did this can also hurt me, and I’m just trying to keep me and my family safe.’ This is a valid feeling. I’m not trying to discount it at all. Unfortunately, the decision not to testify just leads to more violence and makes it very difficult to do the jobs that we have to do.

Between 2001 and 2015, according to the state Department of Justice, more than 137,000 guns were sold in Fresno County. How many of those end up in the hands of criminals?

There is no way to really account for that. But I know that a lot of the guns that gang members have are stolen, and they’re buying them very cheaply on the streets from their comrades. They might buy a $500 gun for $50 because somebody stole it out of a car at a restaurant on the north end of town. It happens all the time.

“There are also people who live in good neighborhoods who (illegally) sell guns. These are people who go to out-of-state guns shows, bring them back and sell them to anybody who wants to buy them. … If you have cash in your pocket, an illegal gun is readily available.”

Good people should have the right to bear arms. I’m a strong believer in the Second Amendment. But those people who do have guns also have to be more conscientious about their responsibilities. I have friends and we’ve had law enforcement officers who have had guns stolen out of their vehicles. We have a lot of people who have guns stolen out of their homes. In burglaries and home invasion robberies, most of the time, they’re going for cash, guns, and jewelry. Gun owners need to keep their guns secured (in a gun safe).  They need to be responsible for that.

There are also people who live in good neighborhoods who (illegally) sell guns. These are people who go to out-of-state guns shows, bring them back and sell them to anybody who wants to buy them. They look like good people; they don’t look like criminals. They don’t have gang tattoos, they don’t wear dirty clothes, and they’re not selling guns out of the back of their car. They are selling them out of very nice homes in nice areas of town. If you have cash in your pocket, an illegal gun is readily available. 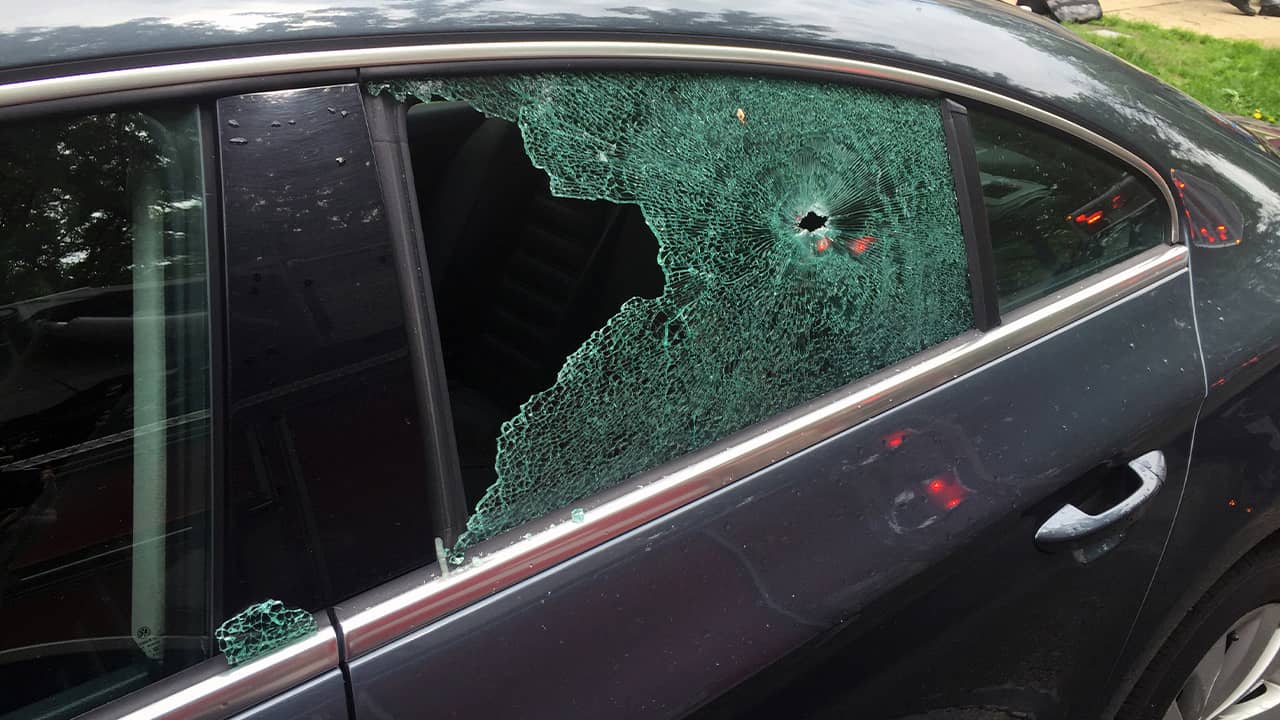 The proof is in the pudding. Look around. It doesn’t matter if you’re in Fresno, San Francisco or Bakersfield. The homeless population has increased tremendously across the state since Prop. 47 because you have people who are addicted and have mental health issues. Often times, they go hand in hand and exacerbate each other. Prop. 47 was designed with unrealistic goals and doesn’t have the resources underneath it to support the fallout. My frustration with Prop. 47 is that there were already programs in place for people who had possession cases. They could go through drug courts and drug programs, and we had diversion programs that allowed people to have their records cleaned up, as long as they got clean. Few people took advantage of those, and it’s the same thing with Prop. 47. That’s because addicts oftentimes don’t want help, and unless they’re forced into help by their families, their churches, or law enforcement creating a bottom for them, they don’t get help and they’re not in a position to help themselves. In the past, I think there were more people that were helped through the sort of heavier hand of law enforcement.

There are a lot of people who are not reporting crimes anymore because they say nothing happens in the judicial system. I witnessed that myself at a local department store. A young caucasian man was walking out with a handful of clothes followed by the store manager. A car pulled up, he jumped in, and they took off. I told the manager, “Let’s call the police.’ She said, ‘Oh, we don’t report things like that.’ It’s not uncommon to see this. Store clerks are told not to engage and not to call the police. So the crime stats might look low, but they don’t reflect the reality. We really have done our state and our cities a disservice.

Do you see pushback coming in the form of get-tough-on-crime laws in California?

It’s going to get to a point where so many people and businesses are leaving California that it’s going to have to shift again. Maybe it doesn’t have to go back to where it was in the 1990s, but it has to come back to the middle or people are just going to move. We have many good people who are living in fear. They don’t feel comfortable going out at night because they’re afraid of being caught in the crossfire of something. We have to really consider what we’re doing as a state.

You’ve been part of the campaign to bring awareness to human trafficking and to crack down on traffickers. Are you encouraged by the results?

Fresno is doing a really great job. In fact, Sen. (Dianne) Feinstein visited here about a year-and-a-half ago and then said on the Senate floor that Fresno is a model for the rest of the nation. We have a very good relationship between the DA’s office, local law enforcement, and our federal partners at the FBI and the U.S. Attorney’s Office. We all work very closely with the nonprofits and the faith-based groups that are helping. Breaking the Chains is doing amazing work, and not just in Fresno. They’re taking in sex trafficking victims from other counties because sometimes it’s not good to house the victims where they are known.

What keeps you going every day?

I was raised to be a fighter. There are so many good things that come out of the criminal justice system, and there are so many people we help. There are people who don’t have a voice of their own; we are a champion for them. And there are people who do participate in prosecutions. There are citizens who have had enough. They don’t want violence in their neighborhood or other people’s neighborhoods. They want to worship in peace. They want to shop in peace. And they want our community to thrive. They are the people who motivate me every day.

We are recruiting a lot of young prosecutors coming out of law school. I sit across the table during the interview process, and they say they want to serve their community. That inspires me. I have a victim from a domestic violence case about 10 years ago who wanted to become a prosecutor but didn’t think she’d ever be able to do that. Her husband tried to murder her, her mother, and her brother. She survived the trial. She went to Fresno Pacific and got a bachelor’s degree. She just graduated from San Joaquin College of Law. She’s going to be a prosecutor when she passes the bar and that inspires me. As do the many good law enforcement officers and the many good people of this community who deserve to have a strong DA’s office.