Armed Utah Teachers Don't Want to Be a 'Sitting Duck' 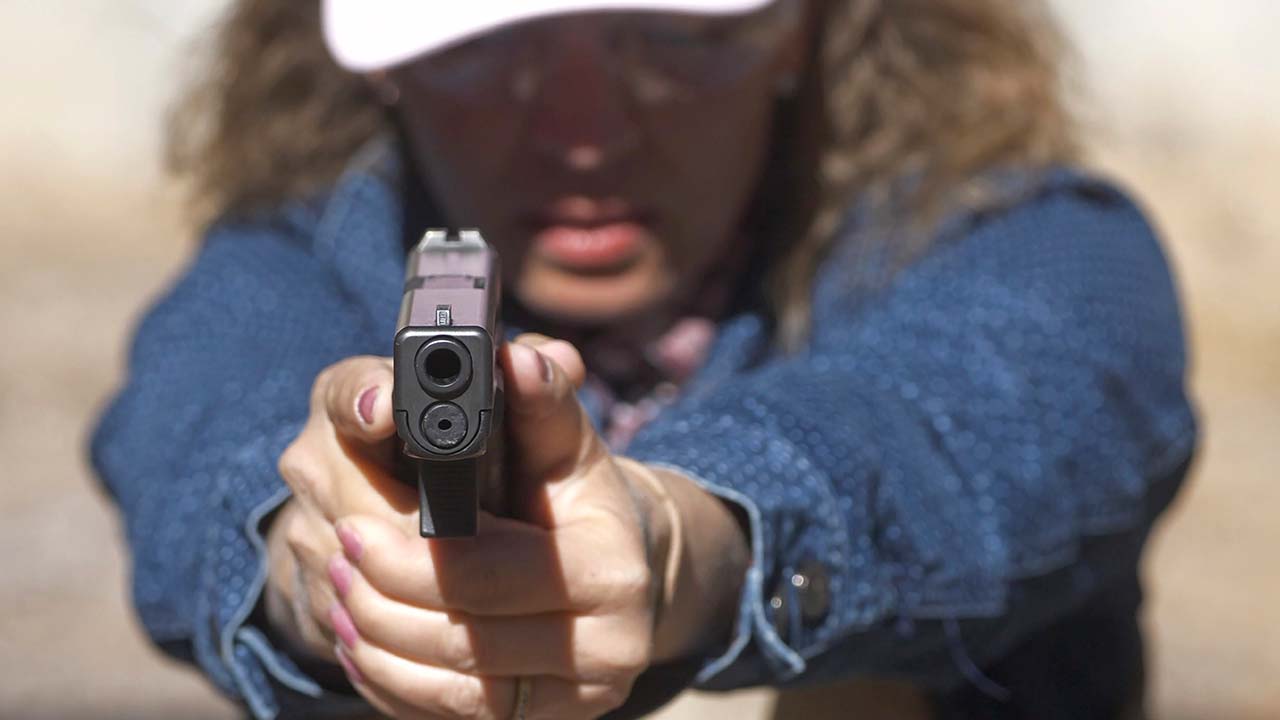 The Utah school psychologist weaved through a maze of dusty halls before spotting him in the corner of a classroom, holding a gun to a student’s head. She took a deep breath and fired three shots, the first time she’s ever used a gun. One bullet pierced the shooter’s forehead.


“If teachers are going to be bringing firearms into schools, let’s make sure they know how to handle them safely.” — Utah County Sheriff Mike Smith
“Nice work,” a police officer told her as they exchanged high-fives in front of cardboard props representing the gunman and student.

Miramontes recently joined 30 other Utah teachers at a series of trainings where police instructed them on how to respond to an active shooter. Teachers went through the shooting drill inside a warehouse set up to look like a school, then moved outside to a shooting range.
Active shooter training for educators is becoming more common nationwide, and Utah is one of several states that generally allow permit holders to carry guns in public schools. Other states, including Florida and Texas, have programs that allow certain teachers to be armed if they are approved under a set of stipulations.
Utah County Sheriff Mike Smith said the popularity of concealed carry permits in Utah makes such trainings even more important. About half the teachers brought their own handguns to the shooting range.
“If teachers are going to be bringing firearms into schools, let’s make sure they know how to handle them safely,” Smith said.

At least 39 states require lockdown, active-shooter or similar safety drills, according to the Education Commission of the States. Other states have less explicit requirements or leave it to districts. Utah requires its elementary schools to conduct at least one safety drill each month, and its secondary schools to have detailed emergency response plans. The firearm training is voluntary, but the Utah County Sheriff’s Teachers Academy already has a waiting list for its next four-week program.
Despite increasing prevalence, some school safety experts aren’t in favor of firearms training and worry that such lessons could cause undue stress or harm.
“Are police tasking teachers to perform a law enforcement responsibility by arming them to protect others? We have to be cautious of what we ask people to do in these traumatic, stressful situations,” said Ken Trump, a school safety expert with the National School Safety and Security Services consulting firm.
Miramontes said her teacher friends in Utah and other states debated about it on Facebook. But after the training, she said she felt empowered.
“I know how to protect myself and my students now; I know what to expect if the worst happens,” she said. 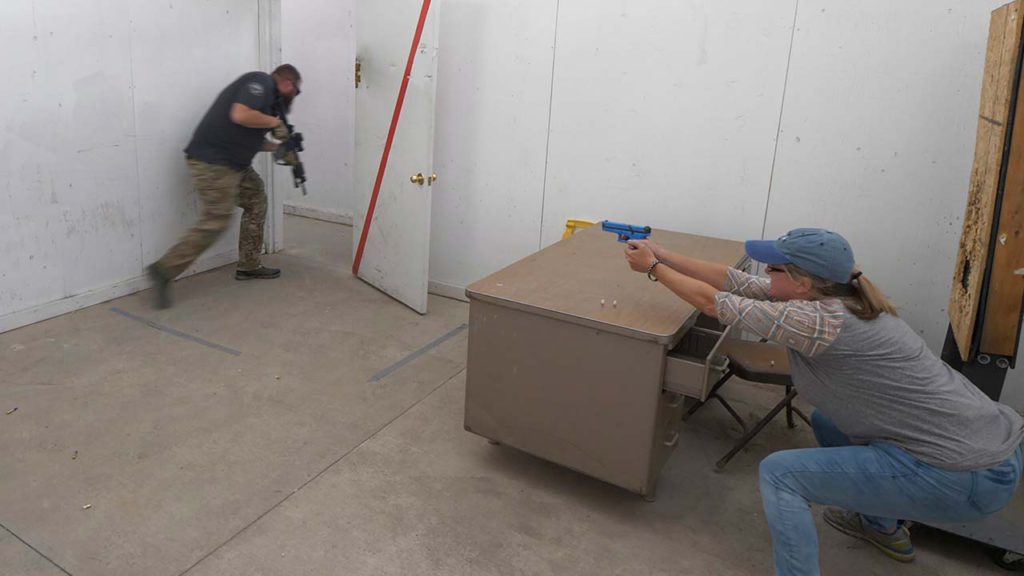 At the recent session, officers showed teachers how to disarm a gunman, where to shoot on the body, how to properly aim and unload a firearm. They also went over de-escalation techniques, self-defense and medical responses such as how to pack a wound and tie a tourniquet on a child.
Officers spent months designing the course and local businesses donated money and equipment. Attendees paid $20 to participate.
Between bites of pastries, teachers relayed their fears:
“Will the gunman leave after I shoot them?”
“How do I protect the children when they come?”
The sun stretched over the mountains as teachers put down their coffee and strapped into bulletproof vests, goggles, and protective headgear. Above the ringing of gunshots, some teachers discussed summer vacation plans and classroom supply lists.

‘Not Be a Sitting Duck’

Sandy Grow, a special needs educator at a Lehi middle school, said the massacres at Parkland and Sandy Hook left her feeling unsafe at work. A gunman killed 17 people at Marjory Stoneman Douglas High School in Parkland, Florida, last year. In 2012, 20 children and six educators were killed in a shooting at Sandy Hook Elementary School in Newtown, Connecticut.
“The idea of being trapped in a classroom with my students and not being able to protect them bothered me,” she said. “I want to defend them and keep them safe, not be a sitting duck.”
Mike Ericksen thinks a lot about how to keep students safe at Mountain View High School, where he’s the principal and his son is a student. In 2016, before he began working there, five students were stabbed in the boys’ locker room.
Reloading his handgun for target practice, Ericksen said the training has left him better prepared to fight back if someone threatens his school.
“I’m more confident in my skills and what to do if something happens,” he said. “I’m not as nervous now. I can help.”