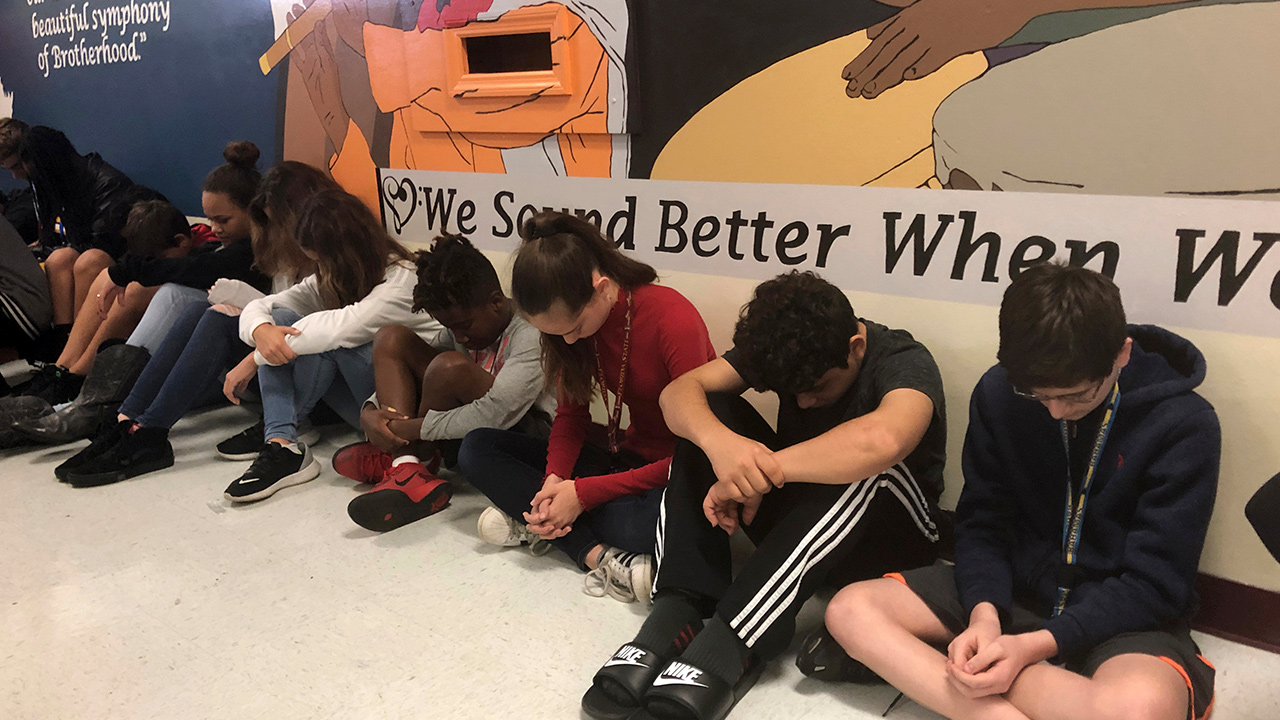 Some Schools Have Lost a Sense of Community Since Parkland

On a recent afternoon, four school staffers met secretly at a grassy basin dug into the fertile land that borders Lake Okeechobee. They grabbed ammunition from a military-style container and loaded a handgun while standing by a picnic table. For hours, they practiced shooting at silhouette targets with sheriff deputies.

Teenagers Getting Used to Hearing About Guns on Campus

Bacallao learned later that the school was on lockdown because of a nearby robbery. The kids were gathered in the cafeteria with a school counselor who turned the lights off and told them to draw in the dark. She said children heard sirens outside. Nobody explained the blood in the bathroom. Her daughter later found out it was nothing more than a nose bleed.

A 2016 study published in the Educational Evaluation and Policy Analysis journal analyzed the effects of 36 high school shootings on math and English tests in 12 states over three years. It found that in these schools, enrollment declined among 9th grade students, and test results dropped significantly compared to other schools in their districts.
Florida Gov. Ron DeSantis and GOP state lawmakers want to expand the existing guardian program so more teachers can have guns. Senate Republicans filed the proposal last week.
Before the shooting, Schamis said, she would have “felt that only military and law enforcement should really carry guns.” But now “I keep going over it in my head.”

She shared the story of the school’s athletic director, Chris Hixon, a Navy veteran who was shot in the legs as he ran toward suspect Nikolas Cruz.
“Had he had a gun, he might have been able to take the shooter down before any more damage was done. So now, I am not sure.”
Related Topics:attackersFloridamassacreParklandpolicesafetyschool lifeshot
Up Next

Did City Hall Get Top Price for Spiral Garage? Some Say No.